How to learn Korean fast – 5 tips 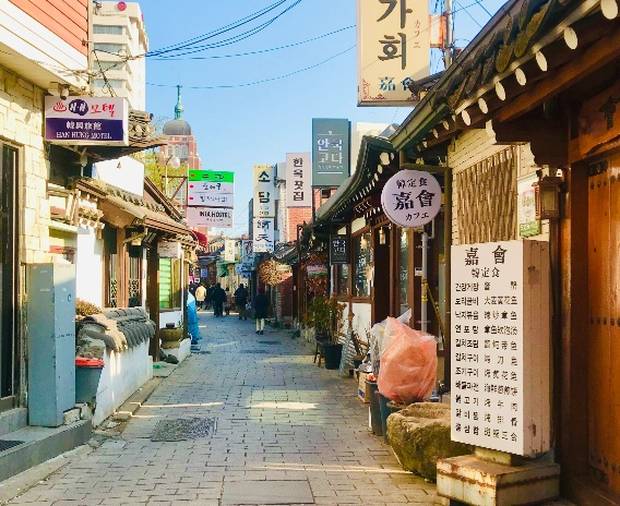 It’s getting harder and harder to predict what attributes will set us apart in the job market of the future. Mastering foreign languages and cultures, and the social skills and understanding it fosters, will undoubtedly continue to provide a competitive advantage, particularly in leadership roles.

Korean is an excellent choice if you’re looking to expand your language horizons beyond the obvious candidates, with demand soaring in line with the growing popularity of Korean music, TV and film around the world.

Here’s how to learn Korean fast:

1. Get familiar with its unique alphabet

The Korean alphabet, also known as Hangul, is regarded as one of the easier Asian alphabets to learn. This fascinating writing system consists of 24 letters with mind-blowing combinations and unique grouping styles that form all Korean words.

It’s worth spending some time on to get these basics down – it’ll then be much easier to tackle the next steps and to learn how to read, write and navigate around Korea (when you go there – see point 4).

We recommend checking out some Hangul tutorials on Youtube to get started, and then just to spend time with flash cards to memorize them all.

If you still haven’t heard that Korean film is one of the fastest growing industries in all cinema, you must be living under a rock. An example to put things in perspective: The Handmaiden, a thriller that came out in 2016 and achieved instant universal acclaim, has barely broken the top 100 list in Korea. Other Korean films to check out include Memories of Murder and The Host.

We recommend tackling at least one or two new films a week to get the full benefits of immersion (alongside just enjoying great films) – there’s so much great Korean cinema out there that you won’t be spoiled for choice.

If excellent Korean cinema made the world curious about its language and culture, K-pop blew it up (here’s our quick primer on the genre). PSY got the world hooked on ‘Gangnam Style’, of course, but a whole host of more current and exciting groups have since popped up and dominated airways not only in Korea, but all over the world. Groups worth following include the US-bound BTS, iKon and Red Velvet.

Korean pop is an indispensable cornerstone of Korean culture and a rich source for beginners who are learning Korean, so we recommend spending a good amount of your learning time immersed in all things K-pop.

What better way to learn an outlandishly cool language than mingling with the locals and soaking up all the expertise they possess? Korea is an incredible blend of culture, history, sophistication, and food, but it’s also one you’ll only really appreciate if you live there and put your language skills to use each and every day.

We recommend staying for at least 2-3 months and enrolling in a language course, if you can. Full immersion is the fastest way to learn a language, especially one as exotic and challenging as Korean.

What used to be a mere trick to get mischievous kids to quiet down, is now an effective method to learn this exotic language. Koreans seem to have a knack for drama, exhibited by numerous TV shows flooding the screens and appealing to masses all over the world.

Korean dramas (K-dramas) are a fantastic tool to escape your world and to enrich your Korean vocab in the process. Boys Over Flowers, Master’s Sun, My Love from the Star, and The Heirs are a few shows we’d strongly recommend.

Tags: Seoul, Korea
Study Korean with us in SeoulLearn more
Get the latest on travel, languages and culture in the GO newsletterSign me up