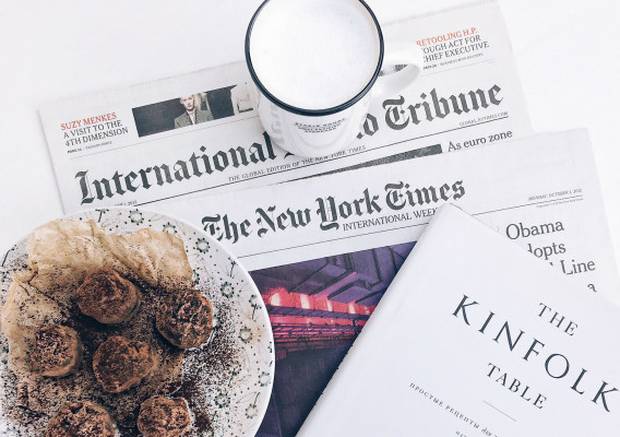 Staying up-to-date with the latest world developments is vital, but what if you’re not fluent in English and find it hard to understand some of the stories? Spend some time on these 10 great news outlets and you’ll improve your English AND stay up to date at the same time.

The British Broadcasting Corporation (or BBC for short) is the world’s oldest and largest broadcasting organization, with almost 23,000 employees. It’s known for taking a neutral position when reporting, and the articles are easy to understand and often quite short. As a plus it offers lots of interesting video content. The BBC World News channel is also worth checking out – it offers up the same quality of reporting on TV and is available almost anywhere in the world.

If you love politics then the UK’s Channel 4 has the news program for you. It’s famously impartial and tackles difficult subjects that some of the other British news channels won’t. The language is a little more complex, because of its many political and economic reports, but it’s well worth the struggle if you’re up for the challenge.

This UK news channel is modeled on the American news format, so it’s generally more loud and entertaining than, say, BBC World News, but it also doesn’t tackle controversial or difficult topics as often. The language is easy to understand and includes presenters with different British accents, so it’s great for learning how to understand some of the different ways English sounds across the UK.

Al Jazeera (which means ‘the island’ in Arabic) is a television news network based in Qatar, and covers news topics from around the world. Its presenters are also from across the globe, showcasing accents including British, American, Australian, South African and many more – a great way to familiarise yourself with different dialects and get a unique perspective on world news.

For a more relaxed look at current affairs, HuffPost (formerly Huffington Post) is one of the most popular choices. Its liberal political stance means it doesn’t shy away from controversial topics, which it features alongside more entertaining content that covers everything from TV shows to showbiz – meaning the language is clear, easy and fun.

Although it’s not the oldest US news network, CNN remains a cornerstone for current affairs across America and the rest of the world. It was the first television channel to offer 24-hour news broadcasts, and often features looping bulletins so you can practice English by hearing the same phrases repeated. CNN anchors and reporters come from all over the world, so it’s great for practicing your listening skills. Make sure to check out the CNN website and their app as well – both are comprehensive and well executed.

Vice is an online and offline magazine that combines the latest world news with some informal articles, graphic art, video and more. The website looks super cool and clean, so it’s simple and enjoyable to browse – although watch out for the localized versions, because you want the English text, right?

This super-cool app texts you the latest headlines and you can react to them by texting back for more information. It’s the perfect way to get a quick overview of the day’s most interesting stories, and practice your English while you’re at it. The tone is really informal, so it’s perfect for you if you’re struggling to understand some of the more complex reporting on other channels. It’s also updated several times a day, so you can check it at the start of your day, as well as at the end.

Living in the UK? Digital Spy has become the web’s foremost source for British entertainment news, with funny and informal headlines from around the showbiz world. It’s especially useful if you’re living the UK and want to know what everyone’s talking about.

News outlets don’t get much more prestigious than the world-famous New York Times. Founded in 1851, it’s been serving America and the world with the most important headlines and comprehensive news coverage for a century and a half. It’s accessible for all English learners, but probably more suited to those who know a little more complicated vocabulary. If you’re into old-school print, The New York Times is available in classic print form almost everywhere in the world – it’s the classiest partner for your morning cuppa.

Tags:
Ready for the next step? Learn English abroad with usLearn More
Get the latest on travel, languages and culture in the GO newsletterSign me up