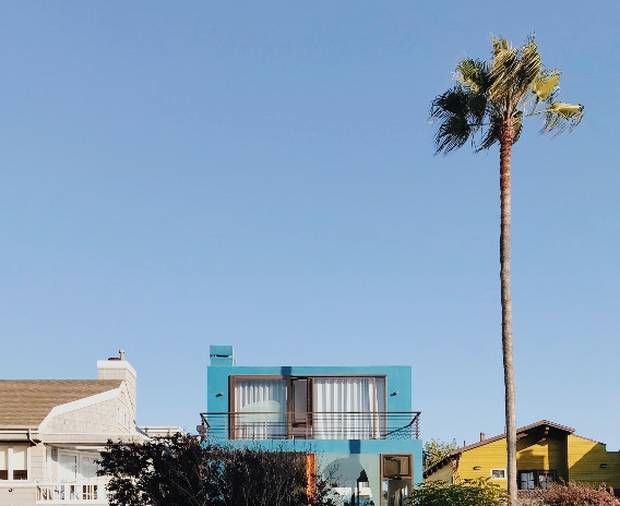 Los Angeles is full of icons; from the Hollywood Sign and the Griffith Observatory high up on the hills, to the Hollywood Walk of Fame in town and Venice Beach by the sea. But there’s far more to living in LA than spotting famous landmarks. Here are some of our top hidden spots to help you explore the City of Angels like a local.

1. Relax on (sort of) secret beaches

LA is a large coastal metropolis with heaps of great beaches to choose from. In Malibu, Escondido and Carbon beaches are often quieter than others, as they are overlooked by billion-dollar mansions and look like private beaches (but they’re not!). Victoria Beach just south of popular Laguna Beach and Sunset Beach in Orange County are also great options.

Tucked away by Rancho Palos Verdes, Sacred Cove is blessed with natural beauty and is overlooked by some of California’s dramatic golden cliffs. Hike along the Abalone Cove Shoreline Trail and soak up the coastal views before descending to the cove, where a small rocky beach is bordered by incredible rock formations and tide pools.

3. Take a trip to The Last Bookstore

Calling all bookworms, keen readers and music-lovers. California’s biggest new and used bookstore is a quirky and never-ending (at least, it feels) wonderland of jam-packed shelves celebrating literary creations of every genre. Plus, there’s even a record store and comic book store, so there’s something here for everyone.

This bonkers house and garden are completely covered with brightly coloured mosaic tiles. Open to visitors on Saturdays, the Mosaic Tile House will leave you feeling inspired and energized. Who knew a home could have SO much personality? Find this eccentric, ever-growing art installation hidden in a Venice suburb.

On Sunset Boulevard, a few miles up from Santa Monica, there’s a hidden tranquil oasis. At the spiritual and welcoming Self-Realization Fellowship, you’ll find a beautiful temple overlooking a peaceful lake with ducks, set in 10 acres of lush gardens complete with grassy areas for relaxing or practicing yoga. It’s free to visit, but you’ll need to book in advance.

Palos Verdes, also sometimes called Bluff Cove, is one of the region’s best low-key surf spots. The shoreline is rocky and the beach itself isn’t a wide sandy space, so surfers often don’t have to share the space with many beach-goers. There are three surf spots in the cove with different breaks, and there are consistent waves to suit all abilities year-round.

Head inland to cool off with a dip in one of LA’s natural freshwater swimming spots. Cooper Canyon Falls has a great pool that you can hike to through beautiful mountain pine forests, and in Angeles National, Switzer Falls has swim-able pools with inviting waters. There’s also a large natural swimming pool at Malibu Creek State Park.

Scattered around LA are several pink walls that allow you to purchase a cupcake – which is instantly delivered through a hatch in the wall – without having to speak to a real person or walk into a store. There are three Sprinkles Cupcake ATMs in LA; There’s one on Hollywood Boulevard, one at the Beverly Center shopping mall and one on Santa Monica Boulevard.

The Venice Canal Historic District was designed with the Italian city of Venice in mind. This Californian suburb isn’t built on islands, but it has a small and peaceful network of canals, bordered by pretty houses and connected by quirky bridges. It’s a charming spot to explore with plenty of photo opportunities.

Don’t be put off by the word Cemetery; this is a must-visit. You can take tours through the dramatic grounds, where many of Hollywood’s founders are buried, or you can attend one of their film screenings or musical events – in true Hollywood style, this is also a thriving cultural events center.

Tags: Culture, Travel tips, City life, US, Los Angeles, Hidden gems
Get to know Los AngelesExplore
Get the latest on travel, languages and culture in the GO newsletterSign me up

10 warm escapes for winter
By Emma · 4 min read
10 books for English learners that will make you love reading
By Kat · 5 min read
50 things we love about the US (and know you’ll love too)
By Kaisa · 11 min read
Star-spangled manners: American customs made easy
By Isabelle · 3 min read
See more from