5 dream trips around the world. What’s yours? 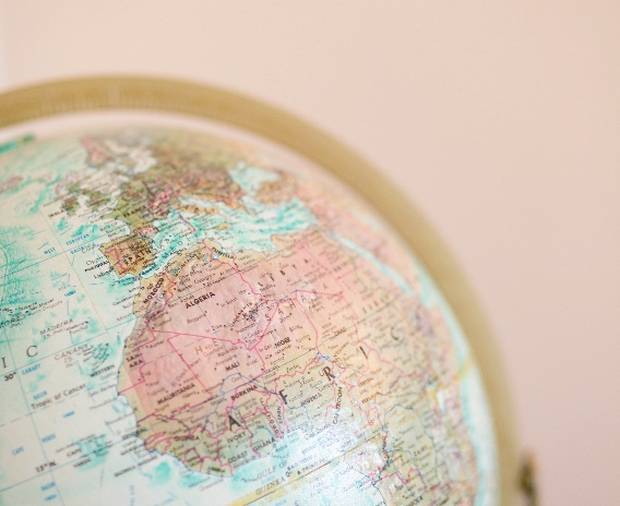 Picture packing your bags, grabbing your passport in a mad dash as you rush out of the door, hopping on a train headed to the airport and arriving at the gate, just in time for boarding. You forgot your phone charger and didn’t have time for your morning coffee, but it doesn’t matter. You’ve been waiting for this moment for months, dreaming about it since you were a kid, and now it’s here: you’re going on a trip around the world.

I think we’ve all dreamed of that moment and thought about where that dream trip would take us. I asked a few of my amazing colleagues where they’d head to and why on their dream 3-stop tour of the world.

Helsinki: The Finnish capital has everything I need to be happy: a cool design scene, a lively coffee culture, and breathtaking architecture to walk off the caffeine buzz and think about all the trendy art and furniture I want to buy.

Tokyo: I’m fascinated by the history and contrasts of the Japanese culture – and don’t even get me started on the food or the fact that there are cat cafes. I think the hustle and bustle of crazy and colorful Tokyo will perfectly complement my next destination.

Honolulu: I want to learn how to surf, and I think swallowing large amounts of salt water while desperately trying to stand up on a surfboard will be so much more fun in Hawaii. I’ve pictured myself many times, relaxing in a hammock, eating a pineapple and talking about catching great waves – while there’s a ukulele playing in the background, of course.

Cape Town: I’ve always wanted to see Cape Town. I’ve heard that it has an understated yet very hip culture that everyone needs to experience at some point. Plus, I love elephants and would love to see one in its natural habitat.

Seoul: I’ve heard Seoul has soul. Sorry, had to. In all seriousness, I’d go there for the food alone. Look up Samgyupsal, dakgalbi and gogigui – you’ll understand what I’m talking about.

San Francisco: It’s one of the gotta-see-it cities in America that I just haven’t seen. San Francisco is right on the coast, need-a-cozy-sweater chilly, and chock-full of bakeries making it perfect. And also, some of the country’s greatest outdoors are basically at its doorstep.

Barcelona: No holiday is complete without a visit to Spain’s capital of culture. Where else can I roll from the beach to the backstreet shops to the bar without getting bored or hungry in between? Barcelona‘s cool-cum-classy vibe is definitely my vibe.

Bangkok: The Thai capital is completely mental and I can’t get enough of it. Stuffing my face with delicious street food for mere pennies is my first stop before I make my way to the hyper malls for some consumerist culture with an utterly bonkers and uniquely Asian twist.

Sydney: Nothing beats a city with everything from surfing to skyscrapers. Sydney‘s laid-back attitude is sure to soothe the soul after a (very) long flight – and since the UK used to own Australia, the culture won’t feel a million miles away from home.

Paris: I can’t imagine a better start to my world trip than a visit to the city of light and love. Paris has so much history and a spectacular arts and culture scene. I’d check out the Mona Lisa at the Louvre, do some shopping at the Champs Elysees and end my day with a wine and cheese picnic in front of the Eiffel Tower.

Cape Town: The city has it all: sunny beaches, incredible scenery, and friendly people. I’d start my visit by soaking up the sun on one of the many hidden beaches before heading up to Table Mountain. Cape Town has the most breath-taking views and I can’t imagine a better place to go paragliding. If you’re an animal lover like me you won’t leave Cape Town before going on a safari or visiting the African Penguin Colony at Boulders Beach.

New York: I can’t imagine a better end to my trip than spending a week in the capital of the world. There are so many iconic neighborhoods and sights in the city, I could spend days just strolling around and taking it all in. The aura of New York makes you feel like the possibilities are endless! And let’s not forget that the New York is home to some of the best restaurants and bars in the world.

Sydney: I’d start off my trip around the world with a week in Sydney, hanging out at cool cafes sampling their famously hip coffee culture, soaking up the sun on Bondi Beach and catching a concert at the world-famous Sydney Opera House. A trip up to Brisbane and nearby Fraser Island would round off my quick tour of Down Under nicely.

Honolulu: Why stop at one beautiful beach destination when you can hit up another? I’d spend my second week in heavenly Hawaii, shopping and eating well in Honolulu and then escaping to the quieter islands for a few days of some world-class beach chill.

New Orleans: I’d love to see LA or explore San Francisco, but on my way back to Europe I think I’d spend a week or two in laid-back New Orleans in the American South instead. I’d spend my time exploring the city’s amazing mix of cultures and incredible music scene, and stuffing myself silly with some of the best food on offer in the US-of-A.

Tags: Travel tips, Destinations, Gap Year, Abroad, Live abroad, Dream trips
Make your travel dreams a realityLearn more
Get the latest on travel, languages and culture in the GO newsletterSign me up