8 reasons to quit winter and head to Cape Town 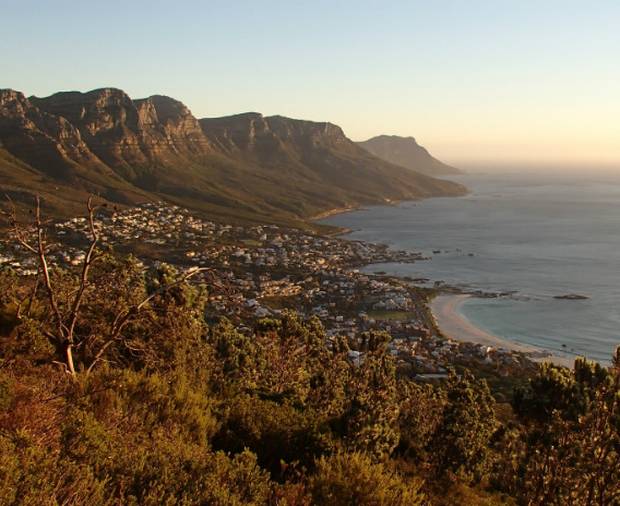 While the days are getting shorter and the sun is lower in the sky back home, in Cape Town, the days are long, the sun is out, and summer is just beginning.
Here are 8 reasons why now is the perfect time to visit Cape Town.

Cape Town offers the summer weather you’ve been missing. If you didn’t get to experience a warm summer back home, don’t risk it happening again. A visit to Cape Town in December, January, or February is pretty much guaranteed to up your vitamin D intake.

Powered by a wood-fired grill, this traditional South African tradition features quality meat, cold beverages, and a beautiful evening sunset. Similar to the word “barbecue,” “braai” is both a noun and a verb. For example, you can throw a “braai” at the beach, and, while you’re there, you can “braai” a steak.
And while English is widely spoken in South Africa, the country actually recognizes 10 other official languages: Afrikaans, Ndebele, Northern Sotho, Sotho, Swazi, Tsonga, Tswana, Venda, Xhosa, and Zulu. Among all the languages, “braai” is the only word that remains the same.

3. A Mediterranean climate year round

While the northern hemisphere is under winter’s dark and stormy skies, Cape Town is experiencing the peak of its summer. But the good weather isn’t just for the summer. Cape Town’s temperate Mediterranean climate moderates average temperatures to between 23 degrees centigrade in February and around 13 degrees in June, July, and August, making Cape Town an attractive location for travelers year round.

Surf culture is huge in Cape Town. Whether you are starting out on a longboard or ripping on a shortboard, Cape Town’s dramatic headlands, coves, and beaches make for a wide variety of waves for all levels.

Yes, that’s right. Penguins in the summer. On a beach. Visit Boulder’s Beach to catch some rays and snap a few Insta-worthy photos with the only species of African penguin.

If you weren’t already aware, South Africa has become a culinary hotbed, and Cape Town is right in the middle of it. Bringing together the freshest herbs, vegetables, meats, and seafood from around the African continent, Cape Town’s local artisanal markets are where you go to eat and get inspired to eat.
If you’re an early riser, make sure to check out the Neighborhoods Market, Oranjezicht City Market, or the Earth Fair Food Market. Looking for great food to start off the night? Go check out Hout Bay Market.

Cape Town is not only a culturally vibrant city, it is also home to the most colorful neighborhood in all of Africa: Bo-Kapp. Painted in brightly colored pastels, this neighborhood of color is the best place to go brighten the mood and take a few photos.

Rugby is the sport of choice for many South Africans. Pick up a ticket for a Cape Town Stormers game and watch a stadium crowd that puts English football hooligans to shame.

Tags: Travel tips, Abroad, Cape Town, Winter, South Africa
Want to study English in Cape Town?Learn more
Get the latest on travel, languages and culture in the GO newsletterSign me up