7 ways to start a conversation on a plane 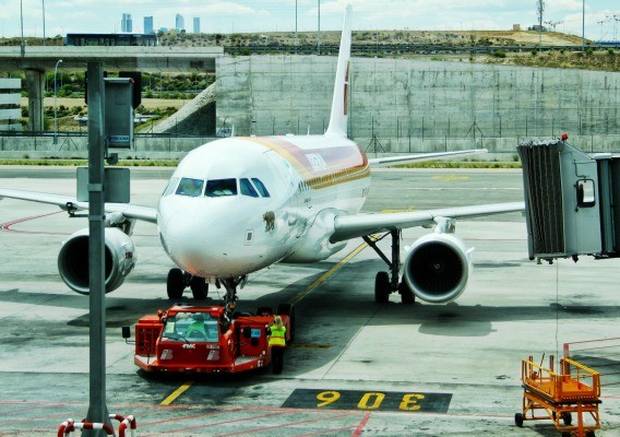 We’ve all been there: you’re sitting on a plane, about to enjoy a journey through the clouds, and even if you’re lucky enough to have an in-flight entertainment system, it turns off for take-off and landing and sometimes just refuses to work. If that happens, what do you do? You could read the in-flight magazine or look out of the window, but you could also try talking to the person next to you.

Although you might not always be in the mood to chat with a stranger, making friends when traveling can be incredibly rewarding: talking to people you’d never normally meet, and even establishing a network of random acquaintances around the world. Just imagine… that person sitting next to you could become your new best friend!

If chit-chatting with strangers makes you a little nervous, check out my how-to on how to start a conversation on a plane.

1. “I can’t believe the in-flight entertainment system has broken!”

This is a sure-fire way to start chatting with the person next to you. What better way to build bridges than by sharing your frustration at the lack of entertainment services. No worries – you can keep each other entertained with engaging conversation instead.

If you’re not in an aisle seat, you’ll need to ask the person blocking your way to move when you want to use the bathroom. This is a good initial test of their character – if they react grumpily then you probably won’t want to try chatting with them. If they stand up for the duration of your toilet break and sit down when you return, you know they play by nobody’s rules and will entertain you for hours.

3. “Would you like the rest of my chicken curry?”

What better way to make friends than to offer them free food? Weigh up how much you really want that main meal (let’s face it, you probably filled up on French fries before you got on the plane) and if you’re not that hungry then offer it to someone close by. They’re sure to appreciate it – and it’s your perfect way into a conversation with them.

4. “Do you want the rest of your chicken curry?”

If you’re confident enough, you could even ask the person next to you if they’re happy to let you finish what’s left of their meal. It’s a bold move – they could think it’s hilarious, or they could think you’re really rude and refuse to speak to you for the rest of the journey. This one’s for risk takers only!

5. “What are you doing when you get to [destination]?”

This question is a little intrusive at first, but it should work well if the person you’re asking is quite open. It’s interesting to find out what people are getting up to when you reach your destination, and if you’re traveling alone it could be the perfect way to meet a travel buddy.

6. “Do you think it’s rude to ask for another orange juice?”

This a good question to ask because it requires direct input from the person you’re asking. It’s also a good tool to find out what the person’s moral and emotional stance is: if they agree that it’s rude, they might not be right for a chat. If they tell you it’s perfectly acceptable and encourage you to ask for three glasses of OJ all at once, you know they’re likely to entertain you for the rest of the journey.

7. “If someone offered you the power to fly, but it made all your hair fall out, would you take it?”

Hopefully the person sitting next to you has a healthy sense of humor, because they’ll need it if you’re planning to ask this question. It’ll probably work well if the person is young and, if they think it’s funny, you’ll have created the perfect window into a journey-long conversation with them. As a head’s up, it’ll probably be a conversation about superpowers. But luckily, I’m OK with that.

(Even if your in-flight entertainment system works, there’s no excuse not to speak to your fellow passengers. Unless you’re sleeping – in which case, sweet dreams!)

Tags: Travel tips, Flying
Get the latest on travel, languages and culture in the GO newsletterSign me up