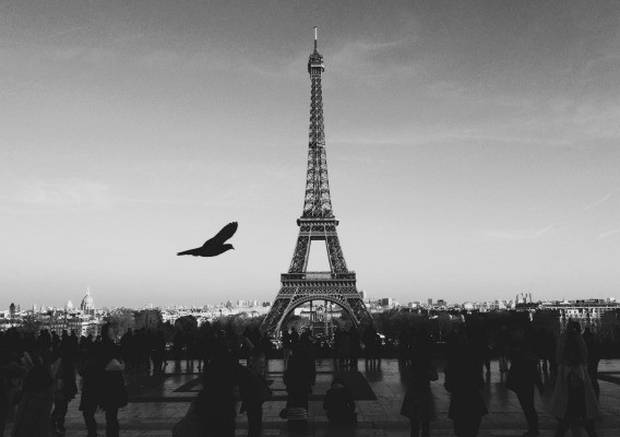 “Boy, those French! They have a different word for everything.”

Ah, le Français! It’s a language that people associate with love, crepes, berets and a certain “je ne sais quoi.” Being part Francophone – my dad is from the French-speaking region of Switzerland – I thought I would learn French in no time and with little to no effort. Turns out it wasn’t so easy after all and there were a few (funny) bumps along the way. Let me explain…

When I first started going to Switzerland to visit my family, I not only didn’t know that Switzerland existed (I was six, give me a break!), let alone know a word of French! I eventually picked it up simply by immersing myself in the language; spending summers in the land of chocolates and snow-capped mountains turned out to be a great way to learn.

My grandparents didn’t speak English and so, whenever I didn’t know a word in French, I would throw in some Spanish. Most of the time they understood more or less what I was trying to say, especially from the context, but not always…

Case in point: I had just come back from a trip to Peru where I accidentally (emphasis on accidentally) tried (eating) guinea pig. So, of course, I had to tell my Swiss grandparents about this. In Spanish, guinea pig is called, “cuy.” Since I didn’t know the word for guinea pig in French (it’s “cochon d’inde” in case you were wondering), I told my grandparents, “En Peru, j’ai mangé du cuy.” So what was the problem? Well, “cuy” sounds exactly like “couilles,” which in French is slang for, well, a part of the male anatomy that I shall not name here. So, of course, what my grandparents understood me saying was quite different from what I intended! You can imagine the humiliation and laughter (on their part) that ensued!

I love French humor! And many may not know this, but they are hilarious. Just check out Gad Elmaleh, for instance. If you want to laugh to the point where you will probably need an appendectomy, you have to understand the language since a lot of the humor will be lost in translation. And anyway, many people say that once you’ve understood a joke in another language, you have conquered it!

Tags: Language learning, French, France
Learn French in FranceLearn More
Get the latest on travel, languages and culture in the GO newsletterSign me up