10 things you should know before moving to San Diego 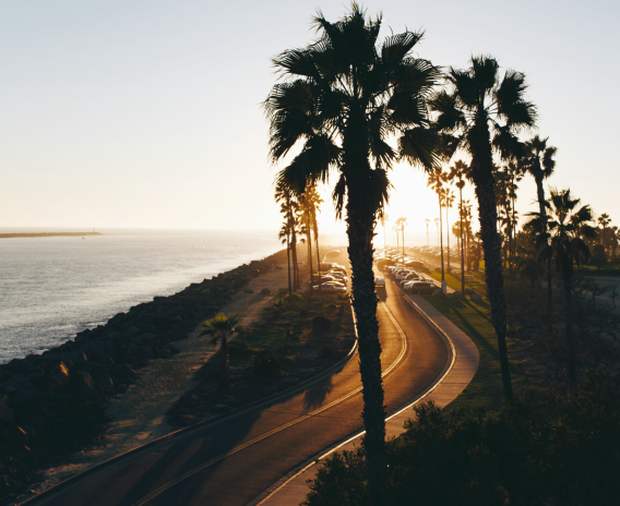 Headed to California’s southern-most city? Just a stone’s throw from Mexico, San Diego packs a punch for visitors and those who are lucky enough to stay there for longer. From cultural events to the city’s hottest industries, here are ten things you should know before moving to San Diego.

Thanks to investment from the biotechnology, healthcare, and tech industries, San Diego is an attractive destination for young graduates with big ideas and the energy to make them happen. An everyday result of all this tech backing is the 250 acres of free wi-fi around the city (thanks guys!). To keep this development on track, the city boasts strong universities and it shows: The median age of San Diegans is only 32.

On the other hand, San Diego can be a pretty costly city to live in. While not as expensive as another tech hub, San Francisco, utilities, transport, groceries and housing are all over the US average. Because square footage is so expensive homes are on the small side. The upside is that people spend a lot more time outside. And on that note…

Pack light if you’re moving to San Diego. Seriously. Leave your heavy coats, boots, and woollen everything at home. Thanks to the year-round sunshine and low humidity that keeps everyone populating the beaches and patios all year round, you’ll be just fine with simple summer attire.

California is drought prone, which for visitors from lusher, greener parts of the world can take a little getting used to. Watch your water usage by making simple changes: always turn the faucet off when brushing your teeth, don’t leave the water running while washing up (turn it on just to rinse your soapy dishes), and set a timer to keep your showers short—around five minutes is more than enough!

As locals tend to be car owners, driving in San Diego can be a pain in the neck. So—if you’re a nervous driver, stay in the slow lane and plan ahead to avoid rush hour. On the other hand, the city’s Metropolitan Transit System includes trolleys, light rail and bus services to keep you moving. To hop on board you’ll want to pick up a Compass Card, San Diego’s smart card for transit or use mobile ticketing via their app.

San Diego is a well-planned city with a grid pattern meaning that whether on foot, bike, or car, it’s not difficult to navigate. From north to south there are numbered roads (generally even numbered roads head south and odd north). From east to west the streets are named alphabetically after trees (Walnut St to Ash St) and from then on simply named after letters (literally, A St, B St, C St, etc).

San Diego is California’s second-largest city, beaten only by Los Angeles in terms of size. However, it has a noticeably relaxed, approachable vibe. The city is also relatively safe with lower instances of crime than in many other major US cities.

San Diego’s location near some faults means that while earthquakes are rare, they are possible, so it’s good to know what to do. The most important advice is to be aware, but calm. Otherwise, use the Drop/Cover/Hold technique: Drop to the ground; Cover yourself under a table or desk; and Hold onto the table or desk’s leg. Local authorities are more than happy to give further advice.

San Diego is 25 kilometers from the Mexican border, meaning the city teems with excellent-quality Mexican food. It also means that, depending on where you plan on flying to next, Tijuana could be your closest long-haul international airport. From TIJ you can fly direct to Shanghai and Beijing!

Locals in this coastal town really get into their events and festivals, so get into the spirit as well! Throughout the year, San Diego puts on its best show for El Día de los Muertos, Halloween, and the Comic-Con convention. Not there for a major event? You’ll definitely bump into salsa on the beach, a huge swap-meet, outdoor cinema, summer clam bakes and BBQ chicken, and sunset jazz events.

Tags: Student life, US, San Diego
Experience San Diego with usLearn more
Get the latest on travel, languages and culture in the GO newsletterSign me up