10 things you should know before moving to Vancouver 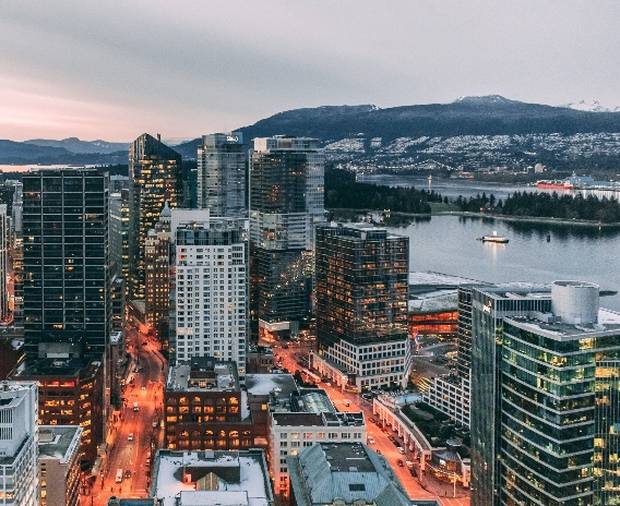 With many of us currently dreaming of a change of scenery, it’s a great time to start researching and planning ahead for longer trips or that big move you’ve been envisaging.

This beautiful Canadian city is wonderful for the soul. Bursting to the brim with nature and cultural activities, Vancouver is a magnet for travelers and experts the world over. Thinking of making the move? Here are 10 things you should know before moving to Vancouver.

While Vancouver doesn’t have ancient buildings like you’ll find in Rome or a long cultural throughline like in Paris or Madrid, what it does have in spades is a young, positive attitude. Here, people will try new things; be they businesses, foods, ideas, or experiences in general. And that’s a vibe you’ll find addictive.

Not planning on buying a car? In Vancouver, that’s no problem. Download the Evo or Car2Go apps to rent a car by the hour. There is a small fee to join, from that point on you pay for what you use. Keep things legal by remembering that after 90 days of living in Vancouver you’ll need to switch your driver’s license over to a Canadian license.

Non-drivers will still find it easy to get around. SkyTrain light rail and buses—you’ll need a Compass card to catch SkyTrains and buses, top it up and ride. Remember to tap off on trains. However, it’s also easy to bike: With more than 800 miles of cycle lanes, Vancouver is North America’s most woke city for cyclists.

Vancouver’s locals are extremely accepting of different backgrounds and choices. In fact, it’s one of the most gay-friendly cities on the planet, with the biggest Pride festivals in the world. To top that off, Vancouver is very multicultural—as much as 52% of the population’s first language is not English, and they even say the city is the most Asian outside of Asia.

This is a major city with a smaller size that still sports big-city style entertainment in its nightlife, bar, and restaurant culture. You’ll always find enough events and new activities to take away that “what should I do after work today?” feeling. You may never need to ask yourself again!

Depending on where you have moved from you may find a tipping culture strange to get used to. However, it soon becomes second nature. Tip the standard 10-20% easily when paying by card by adding it before entering your pin number. Plus, if you’re looking for part-time work to support your arrival in Vancouver, remember that service jobs, while not the highest-paying per hour, do pull in great tips.

Get into the spirit of Canada’s most famous sport by supporting the Vancouver Canucks and Vancouver Giants, the major junior team. Ice hockey is super quick and super athletic: You just won’t believe how the players are able to move so fast. If you are bitten by the skating bug, you’re in the right place. Vancouver has eight rinks for you to drop in to practice your hockey or general skating skills.

When Vancouver is your home base you’ll be largely removed from the rest of Canada. In fact, Calgary is the closest reasonably large city at 8 hours away. You’ll probably be seeing more of the USA anyway: Beautiful Washington State borders Canada, with Seattle is just three hours away, and Oregon (including its go-to city Portland just a little bit further).

Apartments usually start their rental period on the 1st or the 15th of each month, so you’ll need to find accommodation to time with entry to your new digs. You’ll likely be signing for a minimum of 6-12 months and will need to source furniture (furnished apartments are not necessarily the norm). In terms of down payments, remember that your security deposits can be no more than half of the first month’s rent.

Going to be in Vancouver for more than six months? The British Colombia ID card will save you the hassle of keeping your passport or foreign-issued ID safe on nights out. Use your BCID instead at pubs and clubs. It’s recognized as government ID, so you can also use it to open a bank account (though it’s not the only way to do so). You’ll need your work or study permit, passport, and another form of photo ID (such as your driver’s license) to get yours.

Tags: Travel tips, Student life, English, Canada, Vancouver
Discover Vancouver with usLearn more
Get the latest on travel, languages and culture in the GO newsletterSign me up

10 hidden gems in Vancouver
By Emma · 4 min read
Why learn English in Canada
By Erin · 3 min read
Is your dream destination Vancouver or Vancouver Island?
By Sara B · 5 min read
10 reasons to love Canada (and head over this year)
By Matt · 6 min read
See more from