10 things you should know before moving to Oxford 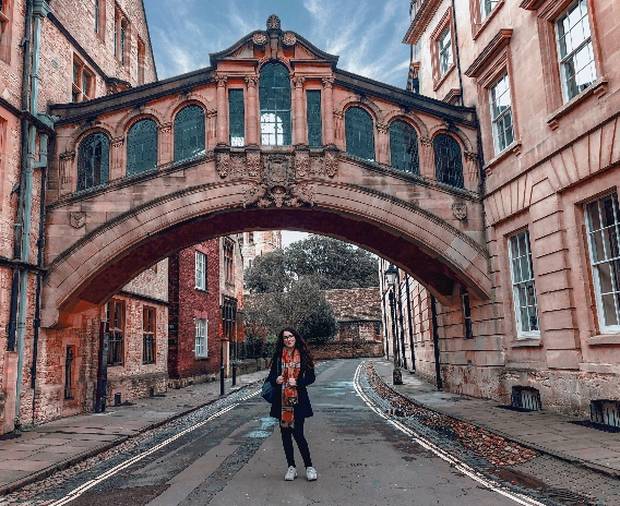 Ever dreamed of living in the City of Dreaming Spires? With its impeccable history stretching straight back through culture, literature, academia, and architecture, Oxford is a city that will likely never lose its appeal.

Planning a move there? Here are 10 things you should know before moving to Oxford.

Besides education, Oxford is fast becoming a hub for tech start-ups, computer science, and healthcare. Generally speaking, engineers, IT professionals, and medical professionals will find their skills are in need. However, Oxford’s history and architecture attract tourists year-round, meaning tourism, and consequently retail and hospitality, are also huge – perfect for those studying English or working only a short season.

Depending on where you’re from, you’ll either be shocked or entirely unsurprised to learn that on Sundays many (many) stores and establishments – such as museums, galleries, and public parks – close at 5pm. Don’t worry. You’ll soon learn to plan accordingly and not be left without having done the grocery shop! Speaking of food, the English tend to have a super early dinner, typically around 6:30pm.

The UK’s famed National Health Service is funded through tax (rather than insurance). Legal, permanent expats residing in the UK are covered under the system and can obtain their NHS number after setting up an initial meeting to register with their local doctor (GP or General Practitioner) in their new town.

While some countries make expats jump through hoops to open a bank account, it’s a fairly easy process in the UK. Simply go to an Oxford branch of your chosen bank with the documents they outline; usually your ID and proof of address (such as a utility bill or official letter sent to your home).

If you’re imagining unending walks through dreary gothic streets, it’s time to switch up that idea. Yes, Oxford is a beautiful place with elegance and classicism seeping from every corner, but it’s not just academia. Welcome to a gorgeous city year-round, where the seasons enhance its natural beauty. Summer is a particular treat. When the punting (stand-up boating) season begins, it signals the start of warm months spent canal-side with drinks and strawberries, plus picnics and strolls through the Botanical Gardens.

It can’t be denied that Oxford is a costly place to call home in England, coming in second after London. Prepare for your main monthly expense to be accommodation, which is likely to be an apartment (or flat to the English). After all, Oxford is perhaps the world’s most famous student city, and student accommodation has rarely been a detached home with its own garden! Rent costs as well a neighborhood’s vibe will vary throughout the city. You’ll hear the phrase “gowns versus towns” to describe the many differences that can exist between the academic and resident communities.

Being a tiny city, in Oxford you can walk and bike just about everywhere. In fact, once you set up your routine, you’ll start to see the same people every day, going about their daily lives just as you are. What’s also great is that if you ever fancy an escape, there are countless places nearby to visit.

Take a bus to Blenheim Palace (Winston Churchill’s ancestral home) Stratford-upon-Avon (only the birthplace of William Shakespeare), Bath (Jane Austen’s old hood), Bournemouth (for a spot of beach life), or Highclere Castle (fictitious home of Downton Abbey’s Crawley family). For a long weekend, hop over to London, Manchester, or Birmingham – all just a short train ride from Oxford.

No underground system is needed in Oxford. However, you’ll likely make good use of “the key” smart card, the city’s answer to a cashless system on the Oxford Bus Company network. Just top it up (you can do this online if you wish) and touch on your chosen service. There are also a number of “key benefits” at participating attractions and shops in Oxford.

In England, drivers observe left-hand traffic, meaning they drive on the left, just like in Australia, New Zealand, Hong Kong, Japan, India, and South Africa, among others. This may take a little getting used to, though happily, your own license is likely to be accepted for some time after you arrive. You can use this government tool to find out if and when you need to obtain a UK license.

Tags: UK, Travel tips, Student life, English, Oxford
Get to know the City of Dreaming SpiresLearn more
Get the latest on travel, languages and culture in the GO newsletterSign me up