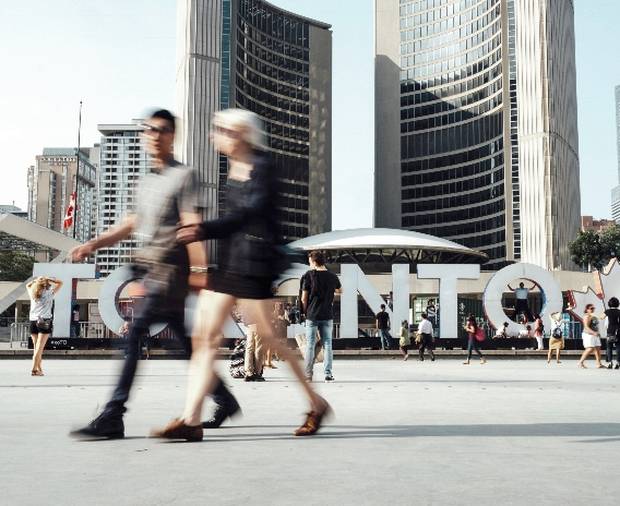 Visitors to Toronto are often surprised by its size – it’s Canada’s biggest city and actually the fourth largest in North America. From diversity to wonderful locals, here are ten of our top reasons to love Toronto (and of course head there asap).

Toronto wins top points for its culture of tolerance. With more than 50% of its population born outside of Canada, the city has always been a gathering point for people of different nationalities, cultures, religious backgrounds, and sexual orientations. If you ask us, that’s the strongest foundation for a great city there can be!

This mix of cultures and nationalities is part of the reason Toronto has become known as “the city of neighborhoods”. And each of Toronto’s more than 200 official and unofficial neighborhoods has a distinct personality of its own. There’s Kensington Market’s hippie chic, Cabbagetown’s Victorian houses, Annex’s student-friendly vibe, and Toronto’s answer to NYC’s Williamsburg, Leslieville—plus many dozens of others.

Again, this diversity extends through Toronto’s neighborhoods to its food scene, which bursts at the seams with tasty international treats. The city is a haven for Korean, Indian, Sri Lankan, Tibetan, Italian, Mexican, Japanese, and Chinese food. But Toronto’s food is not just diverse: it’s inclusive. The city is also heaven for diners with different dietary needs and preferences, with plenty of organic, vegan, raw, gluten, sugar and lactose free options, and no need to justify or explain your personal choices.

Toronto offers entertainment and culture everywhere. With fashion shows, gigs, theater, dance, and storytelling performance newly on the map (a style of open mic involving true tales told by real Torontonians to make you laugh or cry), visitors will find a venue and genre to suit any and all tastes and interests.

While the Toronto International Film Festival really lives up to the hype, remember that this major event shares the stage with a number of supporting acts that ensure there’s never a dull moment in the calendar year. Caribana, a four-day festival of Caribbean culture, the Toronto Summer Music Festival, Toronto Pride, Luminato, the Open Roof Festival, and the Toronto Fringe Festival are just a few of these. Our furry friends aren’t left out either: There’s even a festival for dogs and their owners!

Ditch the rental car. Toronto is extremely walkable and bike friendly, with a grid layout that makes navigation a breeze. Most major monuments, museums, and attractions are also located close together – a huge plus if you find that the best way to discover a city is to just wander around. Plus there’s PATH, the city’s underground pedestrian walkway, featuring 30 kilometers of restaurants, shopping centers, and entertainment options with connections to public transport.

Originally established in 1862 as a leisure center for the wealthy, Toronto Island Park is now a top choice for anyone and everyone to disconnect from the daily routine. Composed of 15 small car-free islands in Lake Ontario, at Toronto Island Park you’ll find parklands, beaches, and bike paths for a relaxing and rejuvenating day out.

One of the five Great Lakes, Lake Ontario is an essential part of what makes Toronto so great as a city. As soon as the weather is fine, locals flock to the waterfront for beach days, cruises, restaurants, and markets. Want to enjoy the water more closely? Get ready to dive, hike, stand up paddle, or search for hidden beaches, coves, and lagoons on the shores of this postcard-worthy lake.

A mix of Georgian, industrial, and post-modern designs, Toronto’s architecture is never boring. We give a thumbs up to the Art Gallery of Ontario, Distillery District, Gooderham Building, and the hanging classroom “pods” inside the Pharmacy Building. If you’re an architecture geek, make sure to check those out.

With cold winters all round, Canadians count down to the moment when it’s warm enough to re-populate their city’s patios. And Toronto truly does patios in style, with rooftop, sidewalk, courtyard, lakeside, and more inviting patios and terraces ready for you to sit back and relax on. Online guides to patio season abound, and locals will be all too willing to share tips for favorite patios—and to head out with you to officially kick off the season.

Tags: Travel tips, Canada, Toronto
Study English with us in TorontoLearn more
Get the latest on travel, languages and culture in the GO newsletterSign me up