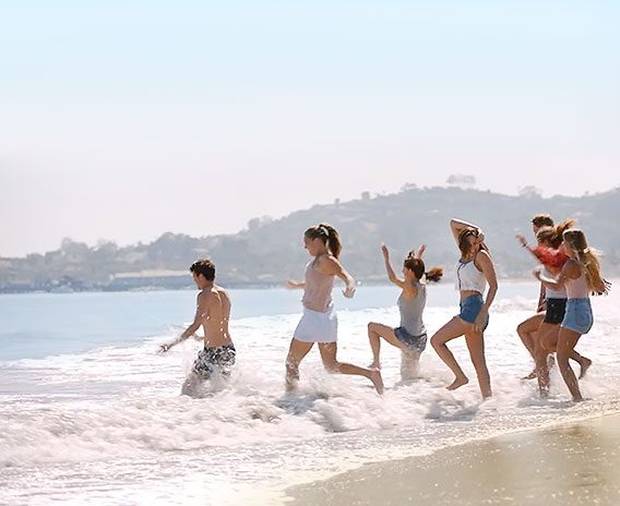 Gorgeous scenery, laid-back locals, and positive vibes – Santa Barbara is one of the most beloved places in Southern California and for good reason. It offers a front row seat to the ocean without the large crowds some of the other SoCal cities attract, and its full of small-town charm even though it’s close to the action.

The most obvious perk of living in Southern California? Year-round sunshine! And Santa Barbara is practically the textbook example of a sunny paradise. If you’ve lived anywhere with a harsh winter, you can definitely appreciate that idea.

As any Instagram influencer would tell you – it’s all about location. And this one serves up perfect views of the Pacific Ocean. Want to go ride the waves or take a dive? You can be in the water within 20 minutes. But you don’t have to be in the water to enjoy it. Those views make a gorgeous backdrop for parties, picnics, or a casual drive along the coast.

One of the most beloved parts of southern California is its love of whimsical theme parks. They’re an iconic staple of Californian culture, and Santa Barbara sets you close to the action. Plan your perfect Disney adventure or take a tour of Universal Studios. It’s only one hour from Six Flags Magic Mountain and just two from Knott’s Berry Farm. And if you’re looking to make a weekend of it, head out to San Diego to see SeaWorld or their world-famous zoo.

The California accent is among the most recognizable in the US. You hear it all the time on shows and all the California slang that comes with it. For example, I don’t ever say I’m excited about something – I say I’m stoked. You’re not doing well under pressure, you’re coming through in the clutch. And I’m tryna do something over here, not trying to. Even after a week or two here, you’ll be talking like a local.

People from Santa Barbara are so neighborly and cool, you’ll wonder if you’ve secretly belonged there all along. You have that signature laid-back surfer vibe and a sense of ease. The locals focus on living healthy and carefree lives and that positive mindset finds itself in just about everything.

How can we not talk about food in the place renowned chef Julia Child spent her later years? As one of the most celebrated chefs in the US,, her presence in the community was greatly admired and she used her notoriety to promote her favorite local restaurants. Most of them were the unforgettable Mexican food joints along Milpas Street.

Santa Barbara is easily one of the more famous destinations in the Golden State, but it still manages to feel comfortable and inviting, even to tourists. While it doesn’t have the same pop culture fanfare around it that San Francisco or Los Angeles do, it feels more real.

If you’re anything like me, your eyes are always on the architecture and infrastructure of an area, and the buildings in Santa Barbara don’t disappoint. Carefully manicured yards and Spanish Colonial designs define the area’s picture-perfect aesthetics.

10. Welcome to the Funk Zone

If you’re looking for something fun to do on the weekend, head over to Santa Barbara’s most hip neighborhood. The Funk Zone is home to galleries, shops, tasting rooms and trendy cafes. Everywhere you turn, there’s something cool to discover.

Tags: Santa Barbara, California
Study English with us in Santa BarbaraLearn more
Get the latest on travel, languages and culture in the GO newsletterSign me up