10 hidden gems in Berlin: Beyond the Brandenburg Gate 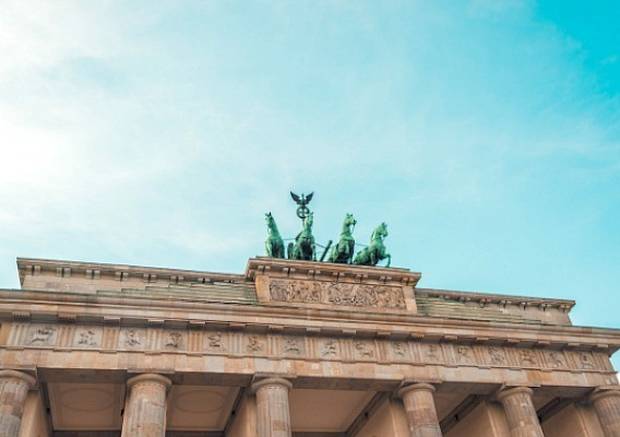 Walking around the Brandenburg Gate and snapping pictures in front of the Reichstag are must-do’s for anyone visiting Berlin, but dig a little deeper and you’ll discover a whole new Berlin beyond the tourist hot-spots. When visiting Europe’s sprawling capital of cool, finding the right hidden gems to hit up can be a bit daunting – there’s almost too much cool stuff to do. We’ve made it easier by scouting, testing and listing the ten best hidden gems in Berlin.

Berlin used to boast fourteen beautiful markets, but sadly only three have survived. Head to the Kreuzberg district for one of the best one’s, the historic Markthalle Neun, first opened in 1891 and revived as a farmers’ market in late 2011. If you are a true foodie, then this market is a must as all food is regionally sourced and super affordable in true Berlin style. Enjoy some culinary delicacies on “Street Food Thursday”, munch on some traditional German breakfast at the “Breakfast Market”, which is hosted every third Sunday of the month, or indulge in a sweet treat heaven on the “Naschmarkt” (only happens every three months so be sure to check the calendar!).

2. Enjoy the views from Viktoriapark

Berlin is very flat, so there are only a few spots that grant you views over the whole city. Instead of waiting in line to climb the Fernsehturm or the Reichstagskuppel, I suggest you head to Kreuzberg’s Viktoriapark. This secret spot in Berlin is actually the highest elevation in the city and offers spacious grassy areas that are ideal for a picnic while enjoying the sunset. In the park you will also find an idyllic pond, a beautiful waterfall, a beer garden, and on top of the hill you will stumble upon a carefully designed Prussian National monument for the Liberation Wars, which resembles the spire tops of a Gothic church. The view from up there is wonderful – well worth the (slight) trek.

Berlin is full of hidden gems, but these beautifully restored eight courtyards in Mitte (closest tube station is S-Bahnhof Hackescher Markt) are small oases away from the bustling streets. Take a walk through these interlinked yards and admire the art nouveau décor, sit down for a cup of coffee in one the many hipster cafes, or go shopping in the boutiques dotted around. Be sure to also pop into the main attraction – the Chamäleon Variety Theatre – and catch an evening show.

Should you be in Berlin during the summer time (no worries, even in early fall it’s still warm) then you have to visit one of the 70 lakes dotted around the city or its perimeter. The Halensee is a stunning lake near the center and offers clear water, nice views of the city and is located directly off the Ku’damm (closest train station is S-Bahnhof Halensee). Once there, you can either take a blanket and lie on the small beach or make your way to the Stadtbad Halensee which offers a sunbathing area along the water, as well as a beautiful restaurant. Entry is 8 euro per person for the whole day. Should you find yourself in Berlin in the dead of winter, visit another of Berlin’s historical secret gems: the Stadtbad Neukölln. This neo-classical bathhouse takes you back in time and boasts stunning architecture, two pools and various spa-style amenities.

The Kunstquartier Bethanien used to be a hospital and was then converted into a museum that accommodates several galleries and alternative art studios. Should you visit Berlin between the months of May and September, I recommend you catch a movie at the open-air cinema that is hosted in the Kunstquartier courtyard. This is one of the locals’ favorite cinemas, not only because the setting is simply spectacular, but also because they screen a broad variety of movies – old classics, new Hollywood releases and, of course, German favorites. You don’t speak German (yet)?, no problem – a lot of films are screened in English or with sub-titles.

6. Flea market and Karaoke at the Mauerpark

Go treasure hunting at one of Berlin’s most beloved flea markets at the Mauerpark (close to the tube station Gesundbrunnen). The market is held every Sunday and runs right along where the Berlin Wall used to be. Next to various delicious food stalls and a beer garden, you can shop for some retro brands, locally designed clothes, vintage vinyl and other knickknacks. Once your belly is filled and your wallet empty, head over to what some would call the park’s main attraction – the Bearpit Karaoke, held on Sunday afternoons, starting at around 2-3 pm. Hundreds (sometimes even thousands) of people gather there to enjoy performances from an amazing variety of (random) people willing and able to sing in front of the crowd. Overcome your fears, raise your hand when Joe (the host) asks who wants to perform next and start singing!

The Oberbaumbrücke is a very special bridge and worth a detour. Located in East Berlin close to the S-Bahnhof Warschauer Straße, it’s a landmark and a symbol of Berlin’s unity. It connects the Eastern and Western parts of the city, and offers a great vantage point over East Berlin, including a fantastic view of the Fernsehturm, the Badeschiff and the Molecule Man (a giant aluminum sculpture). The Oberbaumbrücke is also conveniently located next to the East Side Gallery – an old segment of the Berlin Wall that has been turned into the world’s longest open-air mural collection. Should you head here in the evening and are looking for some nightlife entertainment you will find two of Berlin’s most famous nightclubs close by – Watergate and Berghain.

8. Take a stroll along the Spree-Ufer

For a relaxing stroll through the city head to the S-Bahnhof Bellevue and walk down towards the Spree. From here you can walk along the river to East Berlin, all the while enjoying some of Berlin’s most famous sights. Start off by paying a visit to Berlin’s President at the Schloss Bellevue, then head north to see the Haus der Kulturen der Welt, the Kanzleramt (lovingly called Waschmaschine “washing machine” by locals) and the Hauptbahnhof. Make a stop at one of our city beaches just opposite the train station and then continue walking along the Spree towards the Reichstag, the Monbijou Park and the famous Museum Island (yes, it’s an island that boasts an ensemble of five museums – not a hidden gem, but well worth your time), then continue your journey past the world famous Berliner Dom towards the Nikolaiviertel. This quarter is known as the “old Berlin”, as it was the first residential area ever build in the capital (around 1200 BC). Here you should walk along the medieval lanes and visit the famous Nikolaikirche, the Gründungsbrunnen, the Ephraim-Palais and the Baroque style Knoblauchhaus. Btw,before you start your journey, make sure that your phone battery is fully charged as you will have plenty of amazing photo opportunities along the way.

Located between the Havel and Spree River, the Spandauer Zitadelle is an old and very well preserved fortress that was built in 1197 to protect the town of Spandau. The citadel is used for cultural purposes these days and it serves as a museum and as a venue for various outdoor events (some must-see things are the annual Citadel Music festival during May and the medieval festival “Easter Knight Spectacular”). One of the main reasons to visit the Citadel, however, is to meet the bats. Yes, you read that right. The vaults of the fortress house over 10,000 bats every year and you can observe (and even feed some) when you book a bat tour.

You liked the bats (see above) and love exploring weird and wonderful things? Then this hidden gem in Berlin is perfect for you. The Spreepark used to be an old DGR amusement park that has been abandoned since 2001. It used to host various entertainment rides, a realistic Tudor and wild west village and even some life-size dinosaur statues. Although the park is closed to the public, you can sometimes book guided weekend tours. And even if you can’t, plenty of locals and tourists have – illegally, mind you –  explored this ruin on their own. Why, you might ask? Mainly because it’s one of the city’s most original attractions and brings Berlin’s history to life in a strange and surreal way.

Bonus tip for the winter: Should you decide to come to Berlin during the winter, you MUST visit one of the many stunning Christmas markets. My secret tip is a stroll around the market at the historical Schloss Charlottenburg. It’s one of the more traditional of the many Christmas markets, and offers up some lovely “Glühwein”, a hot “Bratwurst” and traditional “Reibekuchen” in an absolutely stunning setting.

Tags: Travel tips, Germany, Berlin
Experience Berlin with usLearn More
Get the latest on travel, languages and culture in the GO newsletterSign me up