EF Academy Oxford science students had the opportunity to attend New Scientists Live this September, a major event in London showing how the latest advances in science are developing our knowledge and might change the way we live.

We arrived at the exhibition centre in London to a variety of presentations and exhibitions, ranging from an engineering stage, a technology stage, a human stage, earth stage, cosmos stage, and several interactive exhibits.

At the cosmic stage, for example, Laurin heard from Melissa Uchida, a High Energy Physicist at Imperial College London. She spoke about neutrinos: small, hardly observable particles, and their oscillation. 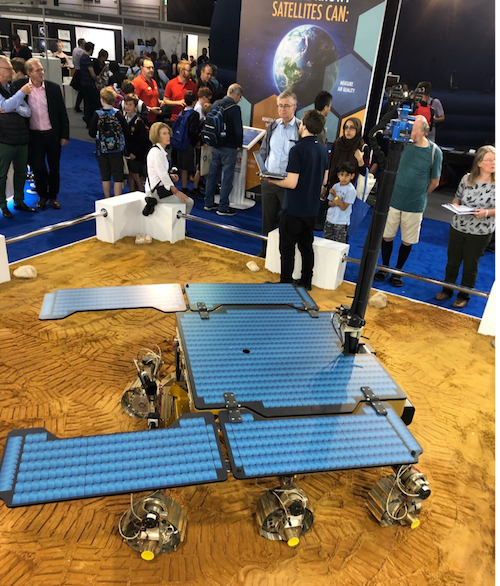 But it was not only the subjects that were interesting. It was as well the way the professors presented it. They were world-acclaimed speakers who were very interactive with their audience and showed great visualizations to help us the listeners understand their newest discoveries.

After listening to several presentations from professors at various prestigious universities from around the UK and Europe, we set off to the interactive virtual reality exhibits. They were presented by students and professors from a number of universities in the UK.

The virtual roller coaster was the best thing I tried. Not only were you wearing the VR- glasses, but they also placed you in a makeshift seat to include vibrations and movements to give you an effect of a real roller coaster.

After only being at New Scientists Live for 5 hours, it was safe to say we were all exhausted. We had learned a lot of new valuable information that we would never forget, and now only have the interest to learn more!

Where could the IB program take you? Show me