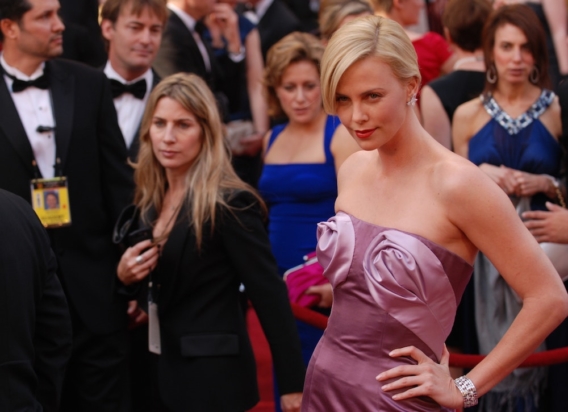 Boarding school is a world of its own. These schools have built an unmatched reputation in helping shape students for successful futures with 24-hour student support, world-class academic pursuits, and guidance for university. It should come as no surprise that many of our favorite celebs attended a boarding school. Here are a few famous figures who attended boarding school during their adolescence.

You probably know him for his remarkable work in box office hits like The Dark Knight Rises, Mad Max: Fury Road, and Dunkirk but before he was lending his dramatic talents to films, he attended a boarding school. Before studying at Drama Centre London, the London native studied at Reed’s School, a boarding school for boys in Surrey, England.

The Devil Wears Prada star attended Hurtwood House in Surrey, England. While she wasn’t initially thrilled about attending the school, she says it’s what launched her acting career. While performing at school, Blunt was spotted by an agent who cast her in a play. He’s still her agent today.

The Afrikaner face of Dior is known worldwide for her multifaceted career. Her work as an actress has been applauded in films like Mad Max: Fury Road, Monster, and Snow White and the Huntsman. She’s also well-known for her activism and philanthropy for causes ranging from women’s rights to poverty. But before making a name for herself in Hollywood, she was just as well-rounded, attending boarding school while also attending the National School of the Arts in Johannesburg, South Africa.

Whether you know him for his comedic roles like on the US version of The Office or from his more serious roles in films like Dan in Real Life, Carell has proven he can handle just about any role that comes his way. But before becoming a household name he attended the prestigious all-boys boarding school Middlesex School in Concord, Massachusetts. While there, he would regularly participate in plays and hone his acting skills on the small stage.

Emilia Clarke is best known for her role on the hit series Game of Thrones. But before she became the on-screen dragon queen we know and love, she attended Rye St Anthony School in Oxford, England. While attending, she was able to become disciplined and prepared for her later career… eventually. When asked about it, Emilia says the main reason she wanted to attend at first was that her brother went there and she had a crush on some of his friends!

Actress, activist, and half of our favorite Baby Boomer duo Grace and Frankie, the Academy Award-winning actress attended the all-girl boarding school Emma Willard School in Troy, New York. The actress has gone on record stating that this was the place where she learned not to be afraid of her intelligence. Clearly, this time of her life set the stage for her decades-long career.

Benedict Cumberbatch attended boarding school from the age of eight. And if you’ve ever thought the London native’s performances were magical, it’s probably because he attended the prestigious Harrow School, which was used as a filming location in the Harry Potter films.

Before going on to Harvard for university and long before founding one of the world’s most successful social networks, Mark was well prepared for the Phillips Exeter Academy in Exeter, New Hampshire. While he’s caught some recent controversy, there’s no doubt his time there helped prepare him for Harvard University and heading up Facebook later on.