Community service – education for the heart 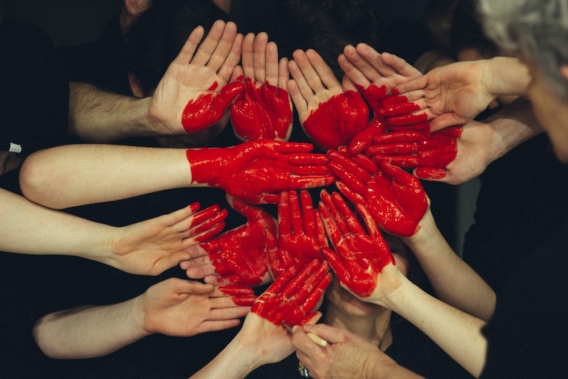 Before we get started thinking about the vast benefits of getting involved with community service it’s first of all worth defining exactly what we mean by community service. In an international school such as ours, we have to ask whose community are we talking about? One thing we have always been proud of in our school is the way in which we respond to natural disasters when they happen around the world something that becomes all the more poignant when it’s in countries where we have students from.

This has been the case, sadly, on a number of occasions over the last several years including Earthquakes in both Mexico and Nepal, the Hurricanes that struck much of the Caribbean and the US, and the wildfires across the globe. This is responding to a need in communities thousands of miles away from the school, but not thousands of miles away from our student’s hearts.

On being globally mindful

While the above may seem like a technical issue, it is an important one for an international school which places an emphasis on the importance of being globally mindful because for us every community is our community so whether it’s collecting food for a local charity or raising funds for an international one, it all falls under the same banner.

This is why in Torbay we’ve created a very important committee within the school student leadership team, The Charity Committee, which is overseen by Ian Mills who works as part of the CAS team. In its origin, it was also headed up by Ziling Yang from China, during her first year as an IB student. Here she describes how doing this type of service has bonded the group together.

“Leading the charity committee was one of the most amazing things I’ve done in my life. Apart from the satisfaction of organizing different events, it is almost indescribably proud for me to see how small drops of water can converge into a rolling ocean. I always believe the key to doing charity work is to bring everyone together and that’s how we can build success.” – Ziling Yang

How can it matter?

So, now to the reasons why it’s important for young people to engage in service and fundraising. Well, there are a number of ways of looking at this and one is that young people should want to because of the personal and moral rewards that it brings.

I recall a time when we ran a coffee morning to raise money for the cancer charity Macmillan. I showed the students that helped organize the day what the money would be spent on by showing them the experience of one person who had been helped by the charity so that they could see just how life-changing their contribution could be.

The effect was dramatic and gave them an incredible motivation to raise as much as they possibly could. More importantly, they were now doing it, not because we as a school had asked them to but because they wanted to. We had given them what some had called an education of the heart and soul. Service can and does change lives.

Another example of this was when we collected food and clothes for a local homeless charity called Anode. The students from the IB CAS program collected a huge amount of food and clothing before the Christmas break but thought nothing of it until they got back and were shown a video clip from one of those who had benefited saying how grateful he was. Again the students realized that their efforts had made a real difference.

This is why it’s not enough to give students the opportunities in the hope that they will see the value in what they have done it’s our job as teachers and school leaders to give students the emotional intelligence to want to engage morally with the world this is something that we do very well in Torbay through our award programs like IB CAS and the Duke of Edinburgh.

The rewards for students from this kind of education for the heart are plentiful giving students a greater awareness of who they are and how they see themselves and those around them. This can have an immediate effect on student’s wellbeing and happiness for a number of reasons least of all the joy they are bringing others.

The rewards don’t stop there because service, particularly locally based community service, engages young people with those in need in their immediate community creating often strong bonds with those they work with and help. This has certainly been the case with the many students we have had working with our two main local charities, a homeless charity that seeks provide temporary housing and Purple Angel charity that raises awareness and to support those with dementia.

The homeless shelter helped a huge number of homeless people in Torbay get into temporary and permanent housing and has helped them with essential supplies like food and clothing which we have been regular helpers with. Many of our students have also helped to paint newly acquired housing and in some cases have provided emotional support. Our bonds with Purple Angel are deeper still and we now have a total of thirty students who regularly visit dementia patients to spend time with and to help the charity with promotional material.

This is worth thinking about for a moment because our students come from every corner of the world and they are visiting and spending time to talk to dementia sufferers, many of whom are very old. For those they are helping, this is an amazing chance to share their experiences with young people from around the world.

One student, in particular, has worked tirelessly to improve the lives of these people. EF Academy alum Eugene Tan from Malaysia formed a very close link with Purple Angel and continued to do all he could to help, including helping with many of our student visits, and all of this well into his final days on campus. In his own words Eugene explains what he has gained from this incredible experience:

“I started the EF Purple Angels because of CAS. However, over the months that I’ve been going, I’ve learned more about positive outcomes of volunteering and how goodness in action spreads like wildfire.” – Eugene Tan

Students at EF Academy thrive in new environments and use their surroundings to develop personally and academically.