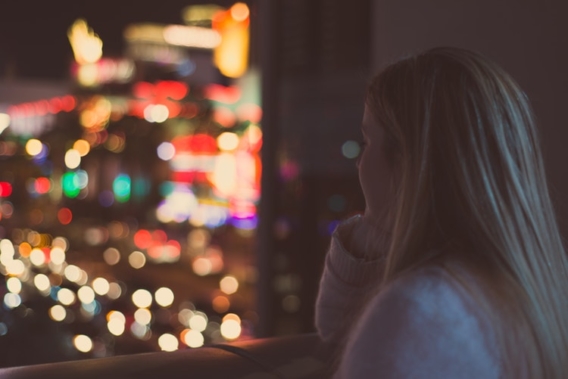 Culture shock is a very common phase in all of our lives when we travel to a new country, especially to study abroad. When I first came to New York, I was expecting a lot of people to act weird around me because I was from India. You see, there are a lot of Indian Americans who are raised differently from me so I was expecting some weird, or stupid (at least to me) questions about the way I behave or my country. My culture shock hit in waves, I didn’t feel it all at once, it came in small instances and very passively too. I sometimes still do feel it, especially when you’re in an international school where others feel a sense of confusion trying to fight the stereotypes that they learned from a young age. Nevertheless, there are ways to overcome and avoid it so here are seven personal tips to help reduce the impact of culture shock you will face and that you will give to others.

Coming from the same place as someone else means that they will understand the colloquial terms we use, what we say, mean and imply by certain statements. However, it can be interpreted very differently in other cultures and that’s why one of the biggest ways you can avoid others feeling culture shocked by you is to be aware of your own words and your tone of voice. For example: in the US, “dating” means to see someone and hang out with them a couple of times in a romantic way, but for many other cultures, it means to be in an actual relationship with someone. (I had the largest debate about this with a couple of American and European friends who had different views). We could’ve avoided these debates if we understood the context of dating from each culture or nation and being more self-aware of the context.

Before setting foot in a different culture or country, research it. The best way is to watch lifestyle influencers, like on YouTube or Instagram for instance, from the country and listen to what they talk about, how casual or formal some topics are, what kind of terms and phrases they use and pay attention to minor details. I believe this is the best route since sometimes you can find articles or videos that portray a stereotypical view of the country, which in the end will not really help you because you’ll think in a very touristic/outsider point of view –  possibly creating an even bigger culture shock.

Trying to integrate in a new country with locals will be a mutual curiosity about one another and you’ll probably get questions about  your country, culture, customs, practices, norms, rules and family. Sometimes, their questions might come off as being slightly mean or inconsiderate and you can’t take it personally. Try to understand that a country’s media may be biased and probably shows it in a stereotypical view – so this is the best time to break those stereotypes by answering all and any question and educating people about your origins. For example, even to this day, every person who meets me asks me why my English accent isn’t like everyone else’s that they have met from India. This is where I explain that I’m from a southern-urban part of the country where English is taught as a first language rather than other languages found in India. When I first received these questions, I was offended because I thought these stereotypes were rude but then I learned that many Indians who migrated to the United States are either from the north or didn’t grow up with English as their first language. In this case, not only did I teach people about various accents in India, but I even learned something new myself.

No matter how much preparation to make before settling in a new country, it will take time, be physically and mentally challenging to get adjusted to a whole new background, mentality, surroundings, mindsets, people, rules and norms – but you will overcome it! Sometimes you may have a bad day, or two, or three but that really does not mean that the country you’re in sucks, it just means you need to take a step back, let yourself settled down again mentally and then get back into adjusting. This will take time, but it’s worth it in the end.

As cheesy as this may sound, jot down some notes (in a notebook, your Phone, etc.) of the good moments you have had in the country you are in so you can look back on them when you’re having a bad day. It helps, really.

6. Get into the other persons’ shoes

The title gave it away: turn off the way you look at the world and try to look at the surroundings from a local’s point of view. Changing perspectives not only enables you to understand the situation or place from their perspective but it also helps you gain new insights and ways of looking at the world which only develops you personally. And when is that ever a bad thing?

The best thing about experiencing a whole new culture is the fact that you get to learn something completely unknown to you from scratch. Any type of learning leads to personal growth and you’ll also experience a lot of positive moments that you’ll cherish for a lifetime. Yes, there will be bad days, but at the end of the day, it all depends on how you interpret the situation and you always need to make the most of it. All in all, I say embrace it all – the stress, the laughs, the worrying, the miscommunication, the bonding, the memories – it’s a new experience that will only make you better in more ways than one.

At EF Academy international boarding schools, total cultural immersion is one of the key benefits our students experience.