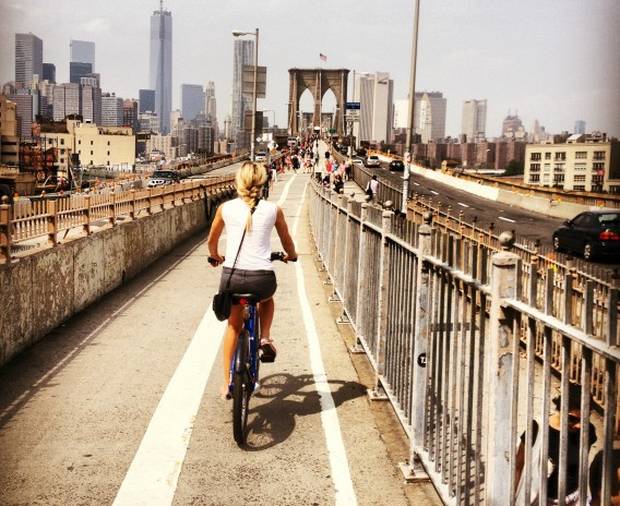 When thinking about bicycle friendly cities in the world, New York isn’t usually the first one to come to mind. Amsterdam – certainly, Copenhagen – of course, Berlin – maybe, but sharing the pavement with eight million residents and the millions of cars, taxis and buses that clog up the streets of Manhattan isn’t exactly what my urban bicycle dreams are made of.

Things started changing in May when the city rolled out its first bike-sharing program, and over the summer more and more New Yorkers started swapping their MetroCards for bright blue Citi Bikes. Yours truly got swept up in all the excitement and just had to take one out for a spin.

So first, the good stuff.

With over 6000 bikes stationed in over 600 locations (with more to come), you’ll always find a docking station when you need one. 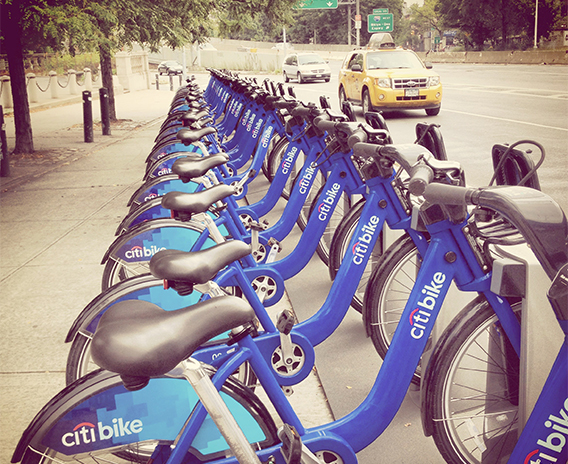 For commuting, running errands and a quick trip across town to see a friend, the Citi Bike is great. It beats paying for a cab (a 7-day membership costs $25), and it’s clearly better than sweating it out on the subway in the sweltering summer heat.

Bike paths have started to appear all over the city to help cyclists navigate the heavy traffic, and a helpful sticker between the handlebars reminds riders to follow the rules of the road. 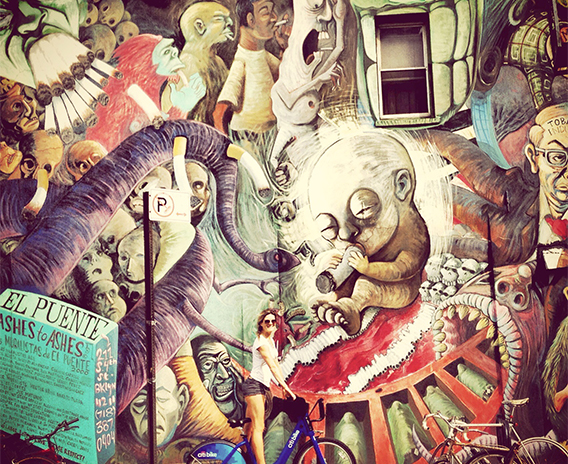 Well, if you’re looking to travel through the city faster than a New York minute you’ve invested in the wrong two-wheeler. The Citi Bike is rather clunky, a little slow and takes a bit of arm-power to maneuver.

The 30-minute ride limit also makes it ill-suited for touring the city. To avoid paying the $4 overtime fee you might find yourself spending more time scouting for docking stations than popular landmarks.

You’ll need to avoid hot spots like the Meatpacking district during happy hour prime time, especially if you’re not armed with a Station Finder App. There is nothing more frustrating than being dock blocked when you’re on a time limit.

That being said, the pros of the Citi Bike far outweigh the cons. It’s a fresh and fun way to get around, particularly if you’re in the Big Apple on a budget.

Tags: Travel tips, US, New York
Get the latest on travel, languages and culture in the GO newsletterSign me up