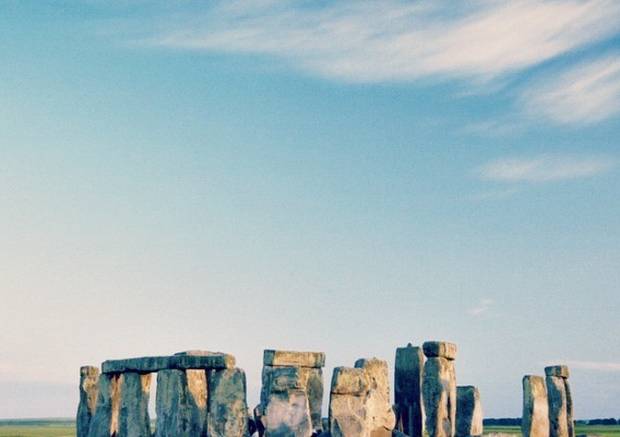 Stonehenge is one of the most majestic and mysterious monuments in the world. Although thousands of tourists flock to this 5000-year old “world wonder” site in Wiltshire, England every year, there’s no agreement about the meaning or purpose of this artfully arranged pile of rocks. The Stonehenge mystery is only made deeper by the fact that the builders – Druids or aliens depending on who you ask – left no hints as to its purpose. Theories abound, however, and we’ve put together 5 of the coolest and craziest for your reading pleasure:

One of the oldest theories states that Stonehenge was built as a place of worship. The alignment of the stones and the way the henge opens up in the direction of the midsummer sunrise indicates that the monument was set up for ritualistic sun worship.

More recent studies have revealed that Stonehenge enabled our ancestors to predict celestial events like eclipses, solstices and the equinox, much like a modern-day astronomical observatory. Knowing where they were in the seasonal cycle allowed for more efficient planning of agriculture and social and religious events.

Another theory claims that Stonehenge was a place of healing. The discovery of ancient human remains in the area, all with signs of injury or illness, indicates that people may have traveled from as far away as Ireland, Wales and northern England to seek a cure for their ailments at Stonehenge.

Probably one of my favorite theories is that Stonehenge was built to make music. To come to this conclusion researchers spent months tapping pieces of stone onto thousands of types of rocks and recording the sound they made. They found out that while most produced a muted thud, the bluestone monoliths of the henge sing when struck. (I have to wonder whether transporting 50 ton rocks to build a giant xylophone was worth the backache though!)

Although surely the least scientific of them all, I’m personally rather fond of the idea that this seemingly majestic and special site was the product of two hard-working cavemen deciding to pass time by hauling around massive boulders for no reason at all. If I’m right (and I’m most likely not), the two gentlemen must be laughing at our silly attempts to solve an ancient mystery that never really was one in the first place!

Whatever the reason, theories will keep popping up and entertaining visitors for decades, if not millenia, to come.

Tags: UK, Travel tips, Stonehenge
Get the latest on travel, languages and culture in the GO newsletterSign me up