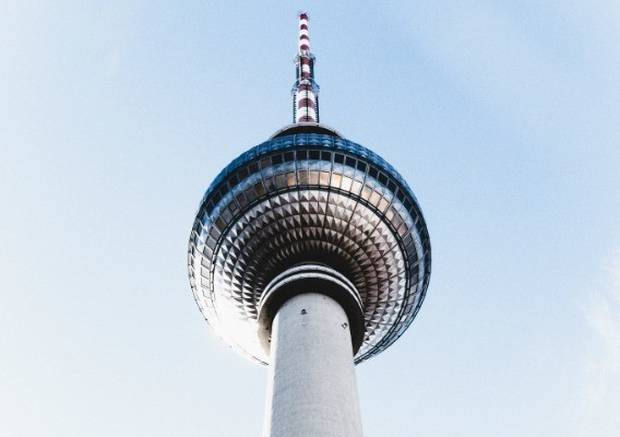 Pics, or it didn’t happen! We’ve all heard that phrase thrown around at some point – if you can’t prove on social media that you had the time of your real life, it’s like it never happened. So undoubtedly, if you’re moving to a new city, or even just visiting for a weekend, all that wandering and immersing needs capturing, filtering, and hashtagging – #EFMoment and #EFAndTheCity, anyone? Next in our series of Instagram guides is Berlin: The German capital boasts the history, architecture, and creativity to turn up your Instagram-game to 11. Especially with our selection of some of the most brilliant, breathtaking, and beautiful sights and places #Berlinstagram has to offer:

Outdoor art: #EastSideGallery, AKA, the #BerlinWall

Warning: this might fill your entire Instagram feed. One of Berlin’s most loved and photographed attractions is also one of its most poignant and important reminders of recent history. What better way to commemorate the tearing down of the wall that divided the city than by transforming it into a kilometer-long celebration of Berlin’s freedom, creativity and culture? Snap-happy photographers can spend a whole day capturing the world’s longest outdoor art gallery – and take even longer to decide what to post.

One of the most iconic and recognizable historic monuments in Berlin is a small and unassuming building in the middle of the road: Checkpoint Charlie was once the best-known crossing point between the West and East sides of Berlin, controlling movements of foreigners and diplomats between the two sides until 1990. The remaining sandbag-surrounded hut marks the spot where American and Soviet tanks stood face-to-face, threatening to start a third world war, and it serves as a constant reminder of Berlin’s Cold War history.

No visit to Berlin is complete without a trip to the Brandenburg Gate. This vast archway soars above the site of the original city gate that once linked Berlin to Brandenburg city and overlooks the city’s oldest and largest public park. Though it needs nothing extra to make this impressive engineering triumph photo-worthy, a three-meter tall bronze statue of the goddess of victory, bearing an offering of peace, sits atop as a spectacular crown. While gorgeous in daylight (if you’re into symmetrically-pleasing concrete structures) the Brandenburg Gate really shines at night. No, really, it’s beautifully illuminated and literally shines.

Remember that great park I just mentioned? Well, once you’ve admired the Brandenburg Gate, head off for a stroll in #Tiergarten, the 210 green hectares that puncture the urban city sprawl. Berlin’s green lung is littered with picturesque rivers and lakes, and in the autumn months, the mottled red, brown and gold colors of the trees are simply made for Instagram. Smack in the center you’ll find the Victory Column (#Siegessäule) – a vast, well, column, commemorating the Prussian victory of the Danish-Prussian war and topped by one of Germany’s most famous residents, Golden Lizzie, an eight-meter bronze statue of Victoria. Photograph it from all angles, and then climb it to snap the views that unfurl from your vantage point at the viewing platform, 285 steps above the city. #omg

Now, let’s visit the #Reichstag. Yes, it’s another building, but that’s what happens when you’re visiting a capital city littered with iconic architecture. If there’s a gentle breeze in the air, make the Reichstag your first stop to catch the flag fluttering and unfurled. Next up, the #AltesMuseum (Old Museum) on #MuseumsInsel (Museum Island): towering columns arise, Pantheon-style, marking the impressive neo-classical entrance overlooked by elegant bronze statues. Even if you don’t have time to set foot inside to roam through the galleries and history exhibits (though you should), the museum exterior is worthy of a slot (or three) in your Instagram feed. If you still need another building or two, may we recommend the #Fernsehturm and the #Gedächtniskirche? (And pretty much everything you see on your way to and from all of the landmarks?)

After all of the culture and architecture, why not add some more creative variety to your feed in #Viktoriapark? This green haven in the city has something the other parks are missing – an actual waterfall and a beautiful pond in the shadow of the Prussian National Monument for the Liberation Wars, an intriguingly spiky memorial, reminding you that you are still in central Berlin. To rake in the ‘likes,’ visit the #OberbaumBrücke at sunset and capture spectacular views of the river and the city, as the #MoleculeMen sculptures can be silhouetted against Berlin in the fading light – an easy chance to take a photo like a pro.

Tags: Travel tips, Germany, Instagram, Berlin
Snap your own #BerlinstagramsLearn More
Get the latest on travel, languages and culture in the GO newsletterSign me up