How to celebrate Thanksgiving – Our complete guide 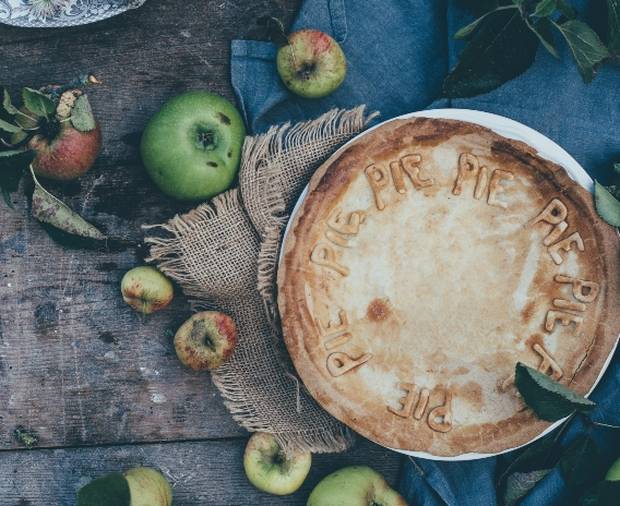 As a non-denominational, secular holiday, Thanksgiving is arguably the most celebrated holiday in the US and it may be the most important dinner of the year. But, for those who are traveling or studying abroad in the US on the fourth Thursday of November and experiencing their first Thanksgiving, it can be a totally foreign holiday.

Here’s how to celebrate Thanksgiving in the US – and even if you’re not in the States, how you can bring a little bit of Thanksgiving magic to wherever you are in the world:

1. What are we celebrating?

Thanksgiving is a celebration of the close family and friends in our lives and the fall harvest. At its heart, the holiday holds a deep sense of gratitude. It is as it sounds, a day to “give thanks.”

2. The history of Thanksgiving

While there is not complete historical consensus on when or where America’s first Thanksgiving meal took place, the holiday celebration is most commonly cited to have originated in 1621 in what is now Plymouth, Massachusetts.

The story goes that after the Mayflower’s arrival at Plymouth Rock on December 11th, 1620, the Pilgrims (British separatists) lost 46 of their original 102 colonists. But, with the help of the Wampanoag Indians, they learned to care for their crops and survive the cold of their first winter in the New World.

The summer of 1621 yielded a bountiful harvest. To celebrate, a traditional English (or potentially Native American) three-day harvest festival was organized to commemorate the magnanimous event.

While there are different historical accounts of the number of natives and pilgrims who actually attended the celebration, the sentiment is that the settlers wanted to show their gratitude to the natives for their help by hosting a large feast.

Given the long and bloody history of conflict between Native Americans and European settlers, there is natural tension behind the validity of this claim.

3. How do you celebrate Thanksgiving?

Now that you’re schooled up on the history of Thanksgiving, let’s fast forward a few centuries to modern-day Thanksgiving. Here’s a Thanksgiving day timeline:

Turn on the live stream or find your spot on the street as you watch giant helium balloons, floats, and marching bands parade through the streets of New York City.

Thanksgiving, like most holidays in the US, is either a day off or short day for employees. Luckily, grocery stores are usually open for the first half of the day, so make sure you get to the store early to pick up all the ingredients you’ll need to start cooking.

Yep, you read that right, beginning in the mid-20th century, the President of the United States has “pardoned” one or two Thanksgiving turkeys each year, sparing the birds from slaughter.

Thanksgiving day football games are an essential part of the American Thanksgiving experience. It is a great chance to cheer for your favorite team and a good distraction from the fact that you’re probably not eating lunch. After all, you’re going to need to be HUNGRY once dinner time rolls around.

Preparing a proper Thanksgiving meal can take hours, sometimes even days, depending on what dishes you’re preparing and how many people you’re serving. Just the turkey alone takes at least 20 minutes for every pound, adding up to nearly five hours in the oven for the biggest birds.

6-10:00pm | Eat more than you thought was humanly possible

It’s probably not surprising that there’s an American holiday based solely around eating, but it might be surprising how much eating you can actually do if you put your mind to it.

For most non-vegetarian households, the turkey takes front and center at the Thanksgiving feast. Whether it’s roasted, smoked, brined, or fried, achieving that perfect blend of crackled outer skin and moist inner meat is an art.

Before you even put the turkey in the oven, you have to stuff it with cornbread, onions, celery, and dried cranberries. After hours cooking in the cavity of the turkey, the “stuffing” comes out delightfully moist and meaty with sweet undertones.

Tart and sweet, cranberry sauce acts like Indian chutney to bring out the savory, juicy flavor of the turkey. Avoid the canned variety with this easy recipe from our Thanksgiving for beginners guide.

Once you’ve removed the turkey from the oven, it’s gravy time. Made from the drippings on the bottom of the pan, turkey gravy is a meaty sauce that can be applied liberally across nearly every part of the Thanksgiving meal.

Where else would you put that gravy? Smothered in the meaty gravy sauce, mashed potatoes are maybe the most delicious (and filling) dish on the Thanksgiving dinner menu.

Seasonal, sweet, and satisfying, homemade pumpkin pie is the quintessential Thanksgiving dessert. But after going back for seconds or even thirds of turkey and ‘taters, it may be the most difficult dish for you to finish. But don’t worry! If you don’t finish on the night of, there’s always breakfast on Friday.

Speaking of leftovers, the Thanksgiving feast doesn’t end on Thursday night. With so much food, you’ll be eating turkey sandwiches, burritos, and casseroles for the rest of the weekend.

After stuffing yourself silly on Thanksgiving Thursday, it’s time to shop yourself silly on Black Friday. Seen as the unofficial beginning of the Holiday shopping season, Black Friday is famous in the US for deep discounts and general hysteria as people run from one store to the next in search of the best deals.

Thankfully for those of us who don’t like crowds, Cyber Monday was invented as the online shopping equivalent on the following Monday – and increasingly a big deal all over the world.

While this may seem like a lot to do, eat, and buy during your first Thanksgiving in the US, it’s important to remember what the original intent of the holiday was – to give thanks. By gathering in grateful appreciation with friends and family, Thanksgiving brings us together and helps us remember that moment, nearly 400 years ago, when two very different cultures came together to give thanks and enjoy a harvest feast.

Tags: Culture, Food, American, Thanksgiving
Discover American culture while you study abroadLearn more
Get the latest on travel, languages and culture in the GO newsletterSign me up