Why you should befriend a taxi driver during your travels 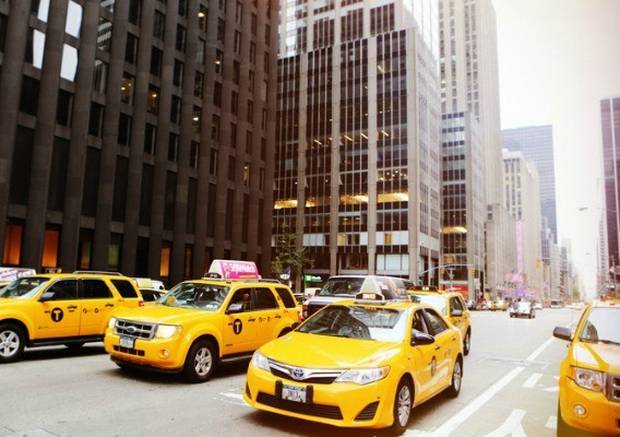 In August, Buzzfeed wrote about Liam Murphy, a test engineer from Ireland, who went on a work trip to the United Arab Emirates and decided to make a pit stop at the indoor theme park, Ferrari World. On the way there, he found out that his taxi driver had never been to the theme park and invited him along for a day of roller coaster rides and thrills (what a nice guy!).

Reading this reminded me of all the great drivers I’ve met all over the world and the interesting things I’ve learned from them, and it made me think… Aren’t they an invaluable resource for any traveler? Shouldn’t we get to know them as more than ladies and gents that get us from point A to point B for a fee? I believe so, and here’s why:

They know the city

Ever traveled in a black cab in London? They’re world famous for having an almost encyclopedic knowledge of the city and have to study for 2-4 years to pass the test that allows them to drive these London icons. Not only do they know every nook and cranny of this massive city, but their in-depth knowledge of the city will not only help you find your bearings, it will also help you locate the best spots for breakfast, lunch, dinner and everything in between. And on that note…

They know the hot spots

On a recent trip to Lisbon I’d been entrusted with finding a great place for a night out and given that I had no clue where to go, I stopped a taxi driver and asked him for the best spot for dancing. On our way to this hot spot (Urban Beach, if you’re curious), he told us his life story (peppered with plenty of jokes) and by the time we arrived, we were laughing so hard that it set a great mood for the rest of the night. Even to this day we still talk about the things he said. And yes, Urban Beach was definitely a great place for our last night in Lisbon. And I never even got to thank him for it.

They know the politics

I was in Brazil in October 2014 for work and this was just before their next presidential elections. It was a tight race between Dilma and Aecio and having studied political science, I was really interested in who locals were voting for and why. Because of the numerous hours I spent stuck in traffic (with my taxi driver friends), I managed to strike up plenty of conversations about the current political situation, which not only helped me better understand what was going on in the country from all these different perspectives, but also allowed me to practice and improve my Portuguese.

They know the language

Which brings me to my final point! One of the best ways to learn a language is by practicing and actually speaking it in day-to-day situations and with native speakers (sometimes non-natives as well). That’s why if you find yourself in a country where you don’t speak the language, but want to learn it and use it as often as possible, taxi drivers are a great companion as they tend to be very willing to practice with you – after all, it makes the ride more enjoyable for both of you!

So, next time you find yourself in a taxi, try striking up a conversation with the driver. You’ll learn a lot about them as a person and even the country in which you are in; you might even get a great restaurant or bar tip in the process. Please always use common sense, however, as you would in any travel situation: make sure you know where you are and where you’re being taken and that any friends you’re meeting know where you are as well. Saying no to an over-eager taxi driver that wants to join you for drinks (OR marry you – yes, this has actually happened to me!) can be awkward, but it’s always best to be safe rather than sorry.

Tags: Travel tips, Taxi
Travel the world with usLearn More
Get the latest on travel, languages and culture in the GO newsletterSign me up