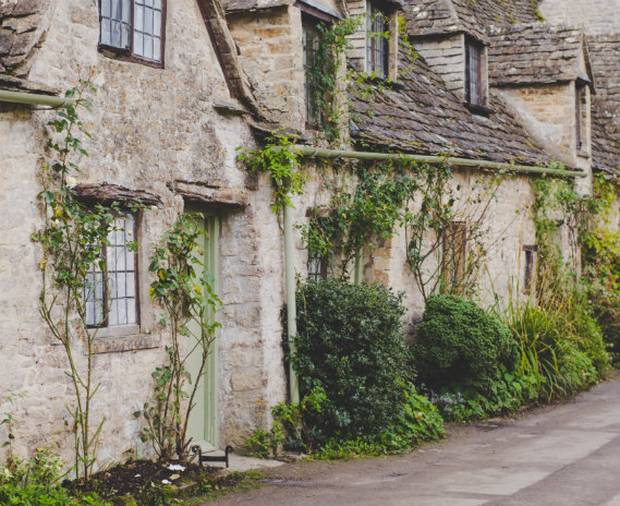 If you’ve spent time in the UK, you’ll know that we have a LOT of counties, which are the smaller regions of the country that the nation is split into. They usually end with shire, which is an old English word for ‘an area to take charge or care of’. Most of these county names make total sense – like Buckinghamshire being named after the town of Buckingham that’s within it. Pronouncing them is a whole different battle though… just take a look at the list below and see how many you can say correctly. Remember, it’s not about winning, but about taking part. But really, it’s mostly about winning.

You should know this one because it’s where Robin Hood comes from. It’s named after the city of Nottingham that lies within it, and the two Ts mean you should put emphasis on the o that comes before them (that rule might not be true though, because I just made it up).
How to say it: NOTT-ingam-shurr

Even if you’re from the UK, you may not understand people from this area of the country when they speak because their accent is SERIOUSLY strong (and really strange if you’re not from the north-east). The name of the area is quite cool though, no?
How to say it: Taiin and WEE-ah

This is my home county! It’s rather wonderful because we have beaches, fruit orchards, and the weather isn’t too bad – it’s one of the four counties (the other three are Dorset, Devon, and Cornwall) where British people go on holiday in the UK. Also, half of it used to be underwater until about 200 years ago, which is why its name means ‘summer land’ because during the winter the water flooded the low land and everyone had to move into villages in the hills. Impractical yes, but the beaches are just lovely, so everyone’s cool with it.
How to say it: SUMMER-sett

British people love it when Americans try to say the name of this county (and the city of Leicester that gives it its name) because they incorrectly pronounce it lee-sess-tur-shurr. It’s like Brits going to the USA and calling Seattle seat-ell. Hilarious, but not functional.
How to say it: LESS-turr-shurr

Another one that confuses Americans (or anyone else, to be fair) is this county that houses the city of Gloucester. Both of them are pronounced nothing like they’re spelled, because British people play by nobody’s rules, sometimes not even our own rules.
How to say it: GLOSS-turr-shurr

Rather inventively, county Durham is home to the city of Durham, which confuses pretty much everyone. So much so, that when something happens in the county of Durham and not actual Durham city, the news channels have to specify by calling it County Durham so nobody gets confused. Because that makes total sense. Also, the h is silent.
How to say it: DURR-am

You’re probably thinking you know exactly how to pronounce this county, and the city of Lincoln that give it its name. But you’d be wrong: because the L is silent, so it doesn’t sound like lin-colln-shurr at all. OK, well maybe it does a bit, but not really. Anyway, shame on you.
How to say it: LIN-kun-shurr

Tags: Language learning, Culture, British, Words
Want to visit these UK counties?Learn more
Get the latest on travel, languages and culture in the GO newsletterSign me up