5 dream internships you wish you had 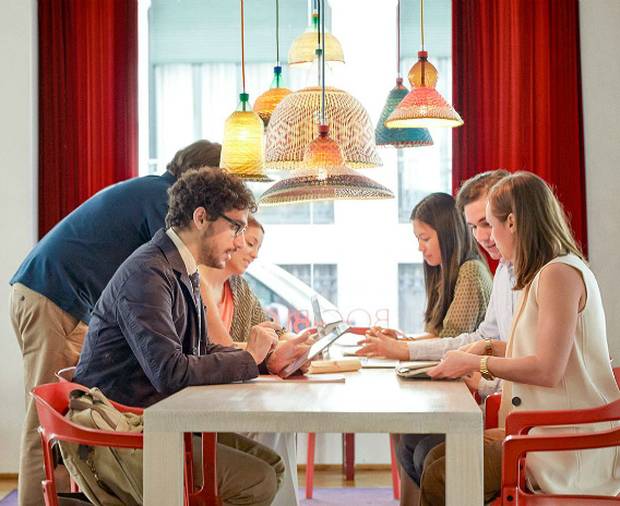 Taking your first steps into the workplace can be a challenge, and it’s made much easier when you get to try out a job first as an internship. They sometimes lead to a full-time job at the end, so they’re a perfect way of showing a company what you’re capable of before needing to commit to a permanent position. In the world of internships, there are great ones and there are ones that are just SO cool – and I’m here to count down five that we all wish we had, but probably never will because we’re not cool or clever enough.

As if it wasn’t awesome enough working for a sports clothing brand, the company calls their summer internship program the Summer League, which just sounds good, and is exactly the kind of thing you’d want to drop into conversation whenever possible. Also, I imagine the staff does workout sessions in their Under Armour clothing during their lunch breaks and everyone is really fit. Or maybe that’s just in my dreams.
Will you ever work there?: Maybe, but only if you live in the US (boo).

I mean, who doesn’t want to work for everyone’s go-to social media network? Facebook has literally hundreds of departments working on a huge range of products, so it would be really exciting to see how everything works behind the meme-filled news feed. Plus, they have several head offices across Europe, which means more internship opportunities for you.
Will you ever work there?: It could happen. You’ll never know unless you try!

The education travel giant was named 2017’s number one place to work by the Boston Globe and just so happens to have THE perfect internship for anyone who’s addicted to languages, culture, and travel. The Global Interns, as they’re called, get to pick three cities out of EF’s 50-plus offices and campuses around the world and spend a month living and working in each place. Personally, I’d choose Hawaii, Australia, and Singapore, but then I probably wouldn’t get any work done – #beachlife #sorrynotsorry.
Will you ever work there?: It’s possible.

If there’s anything we learned from the movie The Devil Wears Prada, it’s that the fashion industry takes no prisoners, so I imagine an internship at the world’s most famous fashion magazine isn’t a walk in the park. By all accounts, a Vogue internship involves a lot of phone calls, talking to PR agents, and searching for missing items of clothing more expensive than your parents’ house. But you get to dress all chic for work everyday, so that’s a plus.
Will you ever work there?: You better really L.O.V.E. fashion.

I won’t lie: all the information on the NASA website about their internship programs involved a lot of technical scientific information and it upset me. However, what I’ve learned is that NASA actually offers a lot of different internships based on what you’re studying at school (or hoping to study at university) and presumably, how much you know about rocket science.
Will you ever work there?: If you can understand the website, go for it!

Tags: Career advice, International career, Internship
Be prepared for your dream internshipLearn more
Get the latest on travel, languages and culture in the GO newsletterSign me up