5 cities that care about the environment 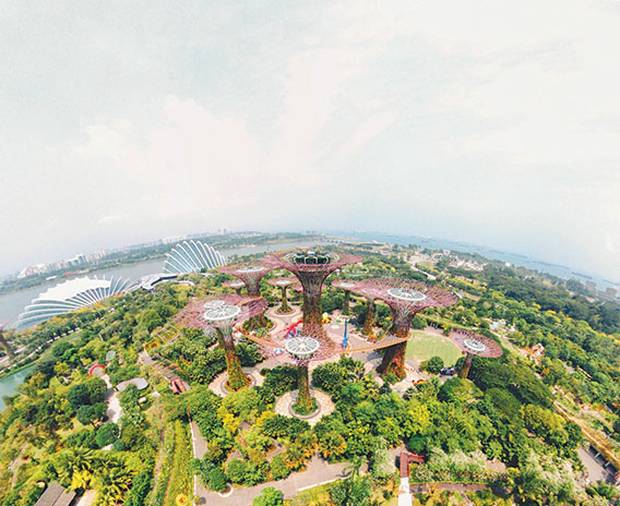 Spinning through April towards us is Earth Day. Held annually on the 22nd of this month, it’s an important day on which to celebrate our planet but also to recognize the serious issues affecting it.

But we shouldn’t require a specific day in order to pay homage to the glorious phenomenon we call Earth. We should honor it every day with an appreciation of the nature around us. From giant sequoias that, with the wisdom of a thousand years breathe oxygen into our world, right down to the minuscule, mineral-rich soil that furnishes life for billions of replicating organisms.

From this micro vision, let’s expand. In appreciation of Earth Day, let’s take a peek at five cities that are taking ownership for their impact on the environment by reducing waste and pollution.

Home to some of the most forward-thinking companies on the planet like Facebook and Google, San Fran is a land of progressive values and tech innovation. Since 2012, when it was announced that 80% of the city’s waste was going to recycling facilities rather than dumps, it’s become America’s leading city for sustainable rubbish disposal.

That’s not all. The Bay Area has several hundred LEED-certified buildings (Leadership in Energy and Environmental Design), meaning they’re very conscious about managing their energy output. Oh, and don’t forget the food culture – vegan cuisine is huge in the city of love; it’s all about local farming and sustainably-sourced grub.

The sovereign city-state feels far removed from much of surrounding Malaysia and Indonesia – a tiny island hub of ultra-modern architecture and economic innovation. Their most iconic green space, the Gardens By the Bay, is home to a grove of towering ‘super-tree’ structures that collect solar energy to power a vibrant light show each night. These ‘trees’ are inhabited by thousands of vertically-growing plants too.

The Gardens set a precedent for “green building” that has extended across the whole city, with more and more solar panels, water conservation systems, shared work spaces, and rooftop gardens integrated into urban planning.

Surrounded by nature in the heart of British Columbia – a glistening expanse of Pacific ocean on one side and the snow-capped peaks of the Rockies on the other, it’s easy to see why Vancouver is an eco-friendly city. And it makes good use of its epic natural surroundings, with fresh local farmers’ markets dotted everywhere and a cool TapMap app you can download to locate the closest public drinking fountain. Much of the city is pedestrian-friendly too, with a growing network of bicycle lanes stretching out from West 10th Avenue.

They plan to become the world’s greenest city by 2020, reducing carbon emissions by 33%, and they’ve also committed to planting an additional 150,000 trees. We like the ambition, Vancouver!

When you think ‘environmentally conscious’, New York City is probably the last place that springs to mind. And yet, with almost two million residents crammed into a tiny 22.7 square miles of Manhattan island, being a sustainable city is a must.

The Big Apple has the lowest rate of car ownership across the whole of the US Over 1.5 million residents use the subway to get around, contributing to a super-low level of emission per capita. Also, the myriad tower blocks and apartments (in which people use up less space and share resources) contributes to the city’s overall energy efficiency.

A world-leader in tech innovation, Seoul is one of the planet’s original “smart cities,” where technology is used to influence public life and urban planning.

For example, they openly collect and share electronic data about the city (gathered from citizens, devices, and machines) through the internet. Some of this data is used to provide live updates and statistics for their integrated public transport system, so people know how much they are using the trains and when it’s best to do so. The train operators are able to manage resources better, and its residents are empowered to be more eco-conscious too.

Tags: Culture, Cities, City life
Find a green city to study abroad inLearn more
Get the latest on travel, languages and culture in the GO newsletterSign me up

5 spectacular natural wonders you can easily access from major cities
By Emma · 4 min read
The quiet side of Los Angeles: 5 spots to help you slow down
By Carlotta · 3 min read
Fun facts about the world’s best architecture
By Danny · 4 min read
10 summer destinations for foodies
By Kat · 6 min read
See more from