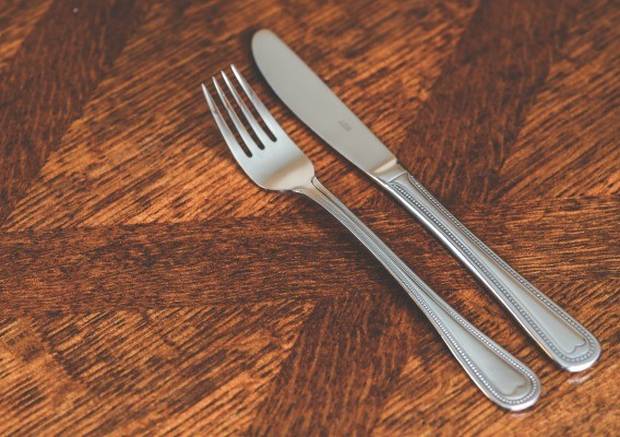 Living abroad for the first time is one of life’s greatest experiences – but sometimes it can also feel like one of the biggest challenges. Adjusting to another country’s culture takes time, and it’s even harder when you’re speaking a language that’s not your own. Sometimes you just need to be around familiar things, not just to remind yourself of home but also to make you realise what you love about your host city. This time I’m focusing on my home town of Bristol to tell you where you should hang out if you’re in need of some home comforts. You’re welcome.

This lively meet-up spot forces you to squeeze onto wooden benches and watch the Bundesliga with food and drinks that are genuinely sourced from Germany – it’s Bavarian hospitality at its best. In September it’s also the prime place to celebrate Oktoberfest. You’ll find it between King Street and Queen’s Square, right in the heart of the city’s harborside district.

La Ruca on Gloucester Road is run by a Chilean couple who happen to be the nicest people ever. Let’s be clear: the food here isn’t Latin food designed for British people – it’s authentic, hearty dishes like huevos rancheros, enchiladas, quesadillas and chimichangas, made with ingredients imported from South America. To get to the café you’ll need to walk through the shop, which happens to stock everything you could want from Latin America.

L’Artisan, also on Gloucester Road, markets itself as a taste of France in the heart of Bristol and it’s not wrong. Pop in for a coffee and slice of traditional French cake with actual French music playing in the background. Head back down to Stoke’s Croft at the bottom of Gloucester Road to find Patisserie Leila, where French cakes and pastries are made by chefs trained at the fancy Le Nôtre culinary school in Paris. C’est délicieux.

At the corner of Cotham Hill and Whiteladies Road lives a tiny tapas bar called Bravas, a popular haunt of Bristol’s growing Hispanic community. The menu sticks to solid Spanish classics like tortilla de patatas, jamon Iberico, patatas bravas and everyone’s favourite food addiction, croquetas. They also use local ingredients in some of the dishes to give it a cheeky West Country twist. Because Bristol.

Let’s be real: truly authentic Mexican food is hard to get right, because there are a hundred chain restaurants in the UK that have made la comida Mexicana a little too British in order make it suitable for everyone. Luckily there are still places like Casa Mexicana on Zetland Road, run by two Bristol locals who used to live in Mexico. Admittedly it’s Tex-Mex cuisine (don’t freak out, Mexican readers!) but it’s still hearty and homely food that hits all the right notes. Plus the interior is super Mexican-y, so there’s that.

Not only does this Turkish deli and patisserie have the most puntastic name in Bristol, it’s also got the seal of approval from locals of Turkish descent, which means it’s the real deal. You’ll find it about two-thirds of the way up Gloucester Road (where every decent restaurant is, apparently) and prepare to spend a lot because the baklava there comes in every shape and size, and is ABSOLUTELY addictive. They also serve çay and gözleme the “Turkish way”, which I assume is better than the English way. Try it and see.

Chinese students don’t have to venture far for great Chinese food, as there’s one located on almost every street in Bristol. Mayflower (next to The Bearpit) is probably one of the best, frequented by Chinese customers in search of authentic, homemade food – and that’s exactly what you can expect. Almost 100 different dishes mean you can keep going back to try new things, which you should probably get used to because once you start dining at the Mayflower it’s pretty hard to stop. It’s that good.

England’s south west region is home to many people of Italian descent for some reason, so Bristol is awash with fantastic eateries offering a taste of Italy. Nowhere is more authentic than La Grotta, run by a local Italian family who cook pizza, pasta and whole trays full of tiramisu straight from the heart. It’s also fantastically located right in the middle of Broadmead shopping district, at the top of Union Street. Pizza for the win.

The high number of Asian students at prestigious Bristol University means there’s a real culture of authentic Japanese cuisine in Bristol. If you’re looking for the best then head to Fujiyama on Regent Street in Clifton, where it’s so Japanese there’s a huge picture of Mount Fuji hanging on the wall so you can pretend you’re dining out in actual Tokyo. The food is amazing too, with sushi so fresh and delicious you might forget you’re in the UK (but probably not because everyone’s speaking English, obviously).

Korean students can’t miss Surakhan on Park Row, which not only boasts the title of Bristol’s very first Korean restaurant but is so central you can fill yourself with spicy kimchi and literally roll back home down Park Street. Alternatively (or “as well as”, because let’s be real, you can never have enough Korean food) head to Dain Korea on Gloucester Road for moreish beef bulgogi in a intimate atmosphere that feels like Bristol’s best-kept Korean dining secret.

Tags: UK, Travel tips, Bristol
Study English in Bristol with usLearn More
Get the latest on travel, languages and culture in the GO newsletterSign me up