10 music festivals that should be on your bucket list 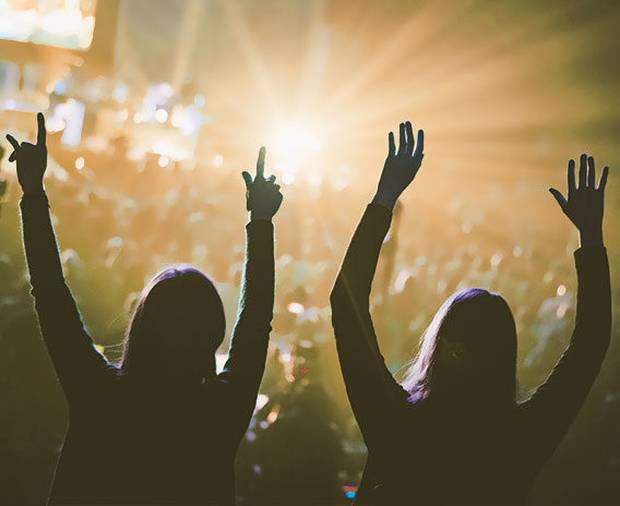 Every bucket list needs at least one big music festival, and we’re here to help you update your musical travel itinerary (in no particular order).

Sziget – Hungarian for island – takes place on Óbuda Island, surrounded by the Danube. During the seven-day festival, the island is taken over by over 400,000 Szitizens who are there to listen to the biggest names in the music biz (including Robbie Williams, Avicii and Florence and the Machine) and to enjoy other performances, installations and events on offer.

Glastonbury Festival enjoys cult status among music lovers with a guaranteed A-list line-up. When it started out in the 1970s, 1500 people bought a ticket for £1, which also included free milk from the nearby farm. In 2014, over 100,000 festival tickets sold for £210 in less than 90 minutes. And about that free milk: The festival area is usually home to about 400 cows that have to be moved to e Moo-tel during the event.

If you want to pack light when going to a world-class festival, check out Hideout: The five-day-and-night long beach party takes place on the island of Pag on Zrce beach, surrounded by mountains and the stunning Adriatic sea. The beach is not only where it’s happening, however, as there are also legendary boat and pool parties on offer.

If you fancy the acoustics of fortresses, there’s a music festival for you: Exit, held at Petrovaradin Fortress. The Best Major European Festival in 2014 started out as a student movement fighting for peace and democracy in Serbia and the Balkans. This strong social mission continues to be part of Exit, as it is still run by a non-profit organization. It has a pretty stellar line-up this year, particularly from the dance music world.

Tomorrowland, the mecca for electronic dance music fans, is one of the most famous festivals in the world and usually sells out fast – like 360,000 tickets in one hour fast. To admire the legendary stage design and dance the night away, festivalgoers travel to Belgium from over 220 countries. Anyone who couldn’t get a ticket can watch the live stream or go to Tomorrowland in the US or Brazil.

Ultra is an electronic music festival that attracts the world’s best DJs. Ultra is definitely the place for a party, and the fact that the festival is held in downtown Miami doesn’t hurt either. Since it’s almost impossible to get tickets, there are now more than ten Ultra festivals all over the world.

The Governors Ball has nothing to do with politics but is a three-day music festival on a tiny island between Manhattan, Queens and the Bronx. It’s one of the smaller events on the list, but it definitely has the potential to become a classic, and has some big name performers to prove it’s up-and-coming status, including Drake and Lana Del Ray. A big plus is the view – few things beat seeing the New York City skyline while listening to your favorite band.

Sonar is the International Festival of Advanced Music and New Media Art – in short, it’s THE festival for all kinds of multimedia geekery with a cultural and musical twist. It has several sister festivals around the world and has become a staple in the calendar of both contemporary music and art lovers.

Fuji Rock is the largest outdoor music event in Japan. It used to be held at the base of Mount Fuji before it moved to Naeba Ski Resort in the late 1990s. There, the seven stages are nestled between mystical forests and sparkling streams. Before you can (Fuji) rock out, you’ll need to get to the festival grounds – with a 5.5 km long gondola lift that offers a breathtaking view.

The Coachella Valley Music and Arts Festival at the Empire Polo Club in the Colorado Desert doesn’t sound like the most exciting event of the year. Yet, Coachella has become the place to be and be photographed at. Even though there’s always an amazing lineup, the festival is as much about the fashion and the VIPs as it is about the actual shows.

Tags: UK, Student life, Barcelona, US, New York, Japan, Miami, Music festivals
Love to travel? Study a language abroadLearn More
Get the latest on travel, languages and culture in the GO newsletterSign me up