Saturday in New York City, as told by an EF Academy student 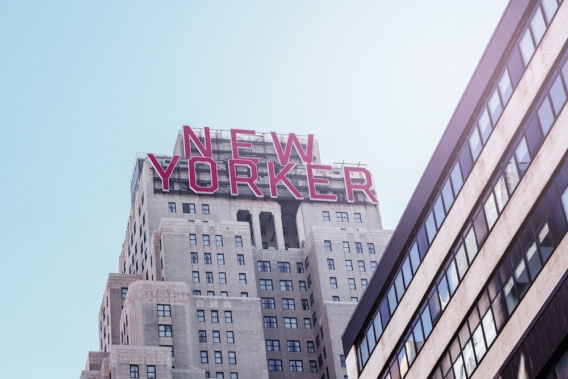 As students at EF Academy New York, many of us go to New York City often. Since our school is in a more suburban area, situated on top of a hill and surrounded by trees, it’s extremely different from urban New York City. While we enjoy spending time exploring neighborhood towns close to campus, it’s also fun to get away from the suburbs and spend time in NYC. For me, a typical weekend includes a nice balance of staying in to relax and study, and going out to shop, eat, or walk around. Sometimes, my friends and I go to nearby destinations like Tarrytown, where the streets are full of small businesses and restaurants run by friendly people, or to White Plains, a nearby town where the most popular cinema is.

On this particular weekend, my friend convinced me to go to New York City with him to do some shopping, walk around, and try out a new restaurant we heard about from a friend. NYC may be famous for sites like 5th Avenue and Times Square, but there’s much more to it than that. Here’s what a typical day is like for me when my friends and I visit Manhattan.

I’m meeting my friends in the lobby, where we’re waiting for our Uber to go to the train station, about ten minutes away. We’ll be in New York City in no time. When we arrive at the station, buy our tickets and hop on the train to the city. Once we get to Grand Central, we walk to the closest Starbucks for breakfast. You might think your city has a lot of Starbucks, but New York is on an entirely different level – there is literally a Starbucks on every corner.

As we wait for the shops to open, my friend and I start chatting about what we want to do for the rest of the day. When you visit New York City as a tourist, you’ll want to plan everything early so as to escape the long lines and crowds (as best you can). But, as people who go to NYC regularly, we just make a list of things that we want to do and plan from there. Today, shopping was a priority: he needed to get new shoes, a shirt, and a haircut while I needed to buy new clothes for the gym.

After breakfast, we walked over to Bryant Park for bubble tea. While the park is small, but it’s a landmark with its tall trees and the stately New York Public Library right next door. Using this spot as a starting point helps us to navigate our way around the city. I still remember when my friend first tried bubble tea, how he was so confused about the texture of the bubbles. Sometimes this sort of culture shock is the most fun and interesting part about attending such an international school.

After bubble tea, we headed down to 34th Street for shopping – this spot, in my opinion, is much better than battling the crowds on 5th Avenue. Some might think that New York City is just full of expensive brands and department stores, but it’s also home to thousands of smaller shops and boutiques. There is such a wide variety of stores where you can find anything you’ll ever need.

After we checked off our shopping lists, we went over to East Village for the afternoon. East Village and the SoHo area are probably my favorite parts of the city. The neighborhoods are filled with rustic brick buildings, ivy-covered walls, cobblestone streets, banners flying from windows – it’s absolutely gorgeous. The area is fairly central, so the breeze from the rivers on either side is pleasant but not too cold. The sides of the buildings are covered with old fire escapes and there’s simultaneously a feeling of nostalgia and a unique trendiness. It’s one of my favorite places in town.

For lunch, we ate Korean fried chicken at a new restaurant, the one our friend had told us about. The diversity of cuisine in New York is amazing since it’s such an international city. It’s fun to be able to experience foods from all over the world with friends from school, because everyone has such different backgrounds and tastes depending on where they’re from. It’s even better when someone from a specific country is there to share their local cuisine with you and teach you about the special flavors and culinary traditions of their culture.

Days in New York City are exhausting because of all the walking we do, so we decide to take an early train back to campus. We head back to Grand Central Station and get milkshakes from Shake Shack, which is conveniently located just across from our train platform. (If you’ve never tried Shake Shack, you should add it to your list of must-do NYC things – you won’t be disappointed!) We hop back on the train, shopping bags in hand, and are back on campus one hour later to do homework and spend time with some other friends.

Every single time it’s slightly different, but New York City is a place that never disappoints. It’s truly unlike any other metropolitan city in the world. It’s amazing to see the way history has shaped it into what it is today – and it’s even more fun to see the sights alongside friends from around the world.