Prom at an international boarding school in the USA 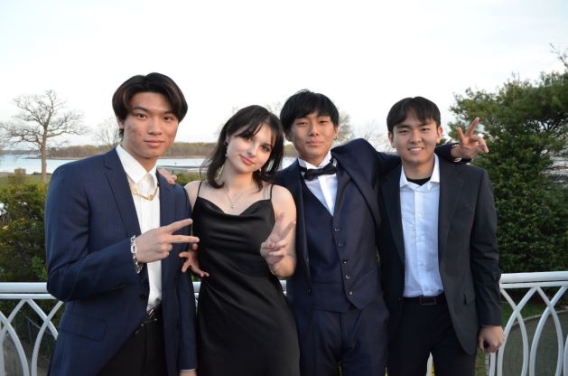 Are you curious about what prom is really like at an international high school? This post is written by EF Academy student Yutaro from Japan, who will tell us about his unforgettable evening at prom in New York!

What comes to mind when you hear the words “American high school life”? Prom is a dance party held from March to May that is considered a major event in American, British, and Canadian high schools. As seen in numerous movies and dramas, the upperclassmen; mostly 11th and 12th graders are paired with a partner or friends, with the boys in tuxedos and the girls in dresses.

At the end of the party, there is a ceremony voted by students beforehand to announce the “Prom King and Prom Queen”, after which they perform a dance.

It is frequently seen that either boys or girls ask to accompany a crush to prom in the upcoming weeks of the event. The invitation often includes elaborate surprises which took some time to prepare in order to make a partner happy.

There is a great example: one of the students at EF Academy promposed to his girlfriend by involving a bunch of students. Daigo, who is originally from Japan, got together with his friends from Instagram to help him out. They all held a rose and asked his girlfriend, Jennifer, to go to prom with them. Then Daigo suddenly came out with a big bouquet of roses saying ‘wait a minute!’ and asked her to prom himself. 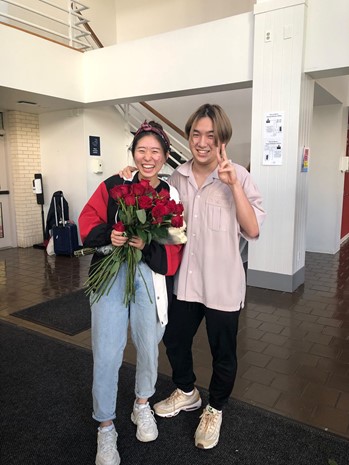 7:00 pm: grab some dinner from the buffet & take pictures with friends

8:00 pm the music starts playing & dance in the hall with pop music

9:00 pm have some desserts or enjoy the photo booth or keep dancing

This year, prom was celebrated at a VIP Beach & Tennis Club. 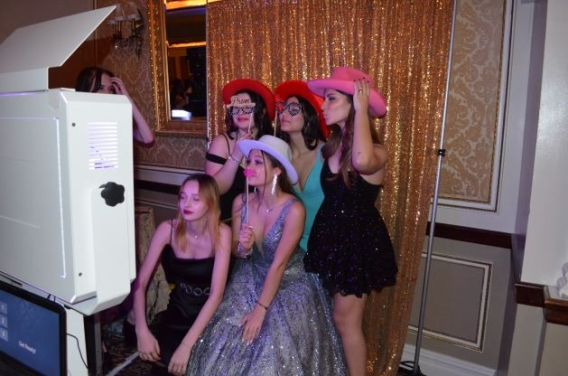 It is unlikely to have a party, especially organized by a school for students in my country (Japan). It was refreshing to see my friends in tuxedos and dresses that were different from what we usually wear, thus we had quality time that we could only experience in the US. Everyone would cross shoulders with the person next to them and form a circle while the dance got exciting. More than a few dozen students would gradually gather in a small dance hall to dance and have a good time.

In terms of my culture, it is common that people often worry about what others think, therefore the hesitation including dancing at a party prevents you from relaxing yourself in front of people. I realized it doesn’t matter whether you are good at dancing or not, all that matters is to express yourself, what you want, and to be yourself.

It is obvious that we will never forget this night, a remarkable memory in my life. Want a special experience with traditional high school events in the USA?

Come to prom with us at EF Academy!