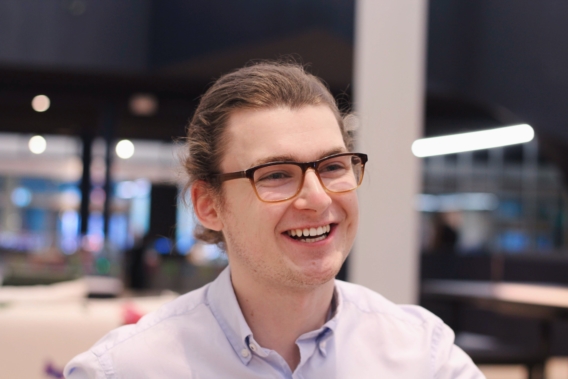 At the age of 16, I set myself some New Year’s Resolutions. In the space of a year, I was to get a six-pack, find myself a girlfriend and get into a proper fight. It has been a fair number of years since then, and I’m largely thankful that at least one of those things has never happened. I don’t even know what I thought I was going to achieve with a six-pack. We use New Year’s Resolutions to channel a sense of self-improvement and progression through the year, as we seek to improve our health (six-pack), try something new (girlfriend), or learn a skill (fighting). Putting my juvenile attempt at self-improvement aside, New Year’s Resolutions can play a large part in the way that people choose to live out their year, and the ways we go about completing them say a lot about us as people.

Now that it’s a few months into the year, is anyone keeping up with their resolutions? Here in the EF Academy office, it’s a pretty mixed bag. One individual, despite having set it as their only resolution, has now decided that they will finish building their flatpack furniture as soon as they reach a point when they get bored of eating dinner sitting on the floor. One of my colleagues has managed to read a book a week so far, although they admit that their early success may quickly turn to failure as soon as they fall behind.

It’s fairly clear that we struggle to design our New Year’s Resolutions without essentially setting ourselves up to fail almost immediately. While they allow us to define what we want to achieve, they also force us to accept what we cannot. Goal-setting is very important, and I will always encourage others to push themselves to try new things and grow as a person, but it is also important to remember why we set these goals, rather than completing them for the sake of the goal. Are you reading a book a week to see how many books you can read or to expand your literary horizons? You might find reading Les Misérables once will teach you more than reading 52 Twilight fanfictions.

So, what can you do? Set small, manageable, short-term goals that allow you to see regular results while also encouraging you to push yourself further. A year is both a long time and short time, so see what you can do but don’t set yourself a deadline for something that might take two or three years. Create positive goals, not negative ones. Life is far too short to ban yourself from carbs and chocolate but only eating them once a week might keep you alive a bit longer. Finally, don’t take it too seriously. Try something new and see how you get on. You might end up enjoying yourself.