English idioms: Phrases about love without a translation 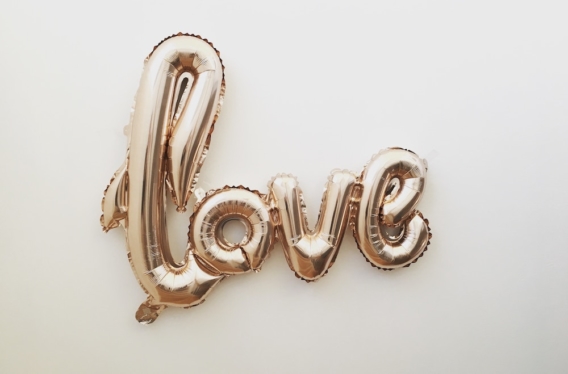 When it comes to learning a new language, you learn a set of grammar rules that are often set in stone and easy to follow along with. But when it comes to idioms, some of these rules seem to disappear. Phrases with dramatically changed meanings can make for some confusing conversations. So in the spirit of Valentine’s Day, here are some of our favorite idioms about love that don’t have a literal translation.

This is a pretty strange expression when you take it literally. But it just means that someone is so excited about something, it’s like they’ve been temporarily turned upside down. In the case of a new romance, the newly infatuated might seem to have been flipped over as they explore their new relationship.

When you hear this, it’s easy to imagine someone falling into some fictional land called Love like something out of Alice in Wonderland. But the definition of “fall” in this sense simply means “to pass suddenly, accidentally, or in the course of events, into a certain condition.” And as we know of love, when it first occurs it can develop quite suddenly.

While sickness isn’t exactly something you’d hope to associate with the warm, romantic feelings you experience when you’ve developed a crush, this has become a common way to say that you’re so in love with someone, it’s almost impossible to function normally. Similar to how it’s hard to function when you’re feeling ill.

This one actually has very little to do with puppies… but instead refers to the love or infatuation felt by young people. It’s usually characterized by a romance that is short-lived or a “passing fancy”. It’s named after the adoring affection or worship behavior of puppies, and was popularized in 1960 by Paul Anka’s song of the same name. The song “Puppy Love” has since been covered a number of times, and featured in the Disney soundtrack for 101 Dalmatians.

This term refers to couples who are particularly well matched, and who are likely to be together forever. Another variation of this is the phrase ‘it’s written in the stars’ with both meaning there’s a touch of destiny, or kismet, to the relationship. The origin of this phrase is the belief that divine forces play a role in creating compatible people before organizing their meeting on earth.

A couple who is “ready to tie the knot” is ready to get married. The phrase is thought to come from the pagan marriage tradition of handfasting. This involved the hands of the bride and groom being tied together to mark their commitment. Traditionally, pagan couples would only commit to staying together for one year and one day before the marriage would officially become legal. Within this time period the couple could decide to separate, but if not, the marriage would then become permanent.

No, this one does not mean you’ll be on a date with two people. It actually refers to two couples going out together on one date. Double dates became popular in the 1950s. Double dates were used to initiate the whole dating process because it created a more open environment conducive to easy conversation. After double dating, one would naturally move onto single dates. Today, these dates are still popular, typically involving friends and group activities such as sports games, concerts, or shows.

When someone refers to “popping the question” in English, you might be wondering, what is the question of questions? Well, it’s a big one in modern love and it refers to asking someone to marry. In the western world, it usually involves one partner on bended knee with an engagement ring offer to the other partner.

9. “Wear your heart on your sleeve”

This is another strange expression that would be quite dangerous (fatal, in fact) if taken literally! How could someone actually wear their heart on their sleeve? Thankfully, this is just a figure of speech. When someone “wears their heart on their sleeve”, they are being emotionally transparent and unafraid about showing their feelings or telling someone they love them!

Despite how this expression may sound, it doesn’t actually involve doves. “Lovey-dovey” is a way to describe people who are obviously infatuated with each other, and not afraid to show it! When someone uses this idiom, they mean that a couple is amorously displaying a lot of affection in public.