California up close: Pasadena’s past and present 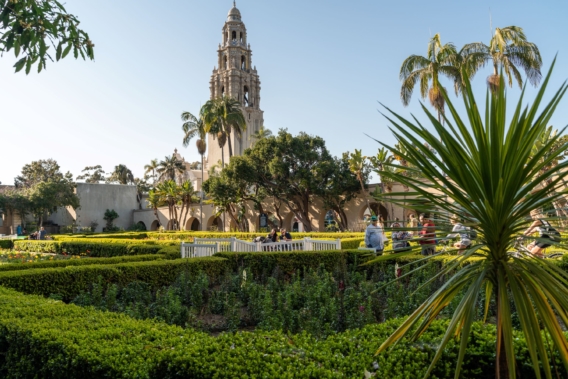 Since becoming a city in 1886, Pasadena has built a rich historical and cultural legacy in sunny southern California. From historical landmarks and centers of innovation to annual events celebrating this city and its past, Pasadena is a place where past, present and future meet.

During the 18th and 19th centuries, the land that we now know as Pasadena was a settling place for many different groups. The Arroyo Seco River, which runs through South Pasadena, made the location an ideal place to live for the Hahamognas, a Native American tribe, as well as settlers from Spain and Mexico. After California became a US state in 1852, Pasadena continued to grow in population, culture and industry. Many of the landmarks and traditions that still exist in Pasadena today were founded over a century ago and continue to provide the city with an important connection to its history. Read on to learn more about some of the places and celebrations that make Pasadena the vibrant place it is today.

The most well-known event that happens each year in Pasadena is the Tournament of Roses Parade. In 1890, just four years after Pasadena officially became a city, a small club founded what would become one of the most important traditions in Southern California. With humble beginnings as a small winter festival with a procession of flower-covered carriages, today the Rose Parade is a huge event, consisting of a five-and-a-half mile parade route through Pasadena. Each year, around 40 floats made entirely of fresh flowers are assembled merely days before the event. Hundreds of horses, dozens of marching bands, and hundreds of thousands of tourists come from all over the country to participate or to watch the parade. The two hour spectacle is broadcast live all over the world to more than 75 million people in over 120 countries.

Caltech and the Jet Propulsion Laboratory

Just like the Rose Parade, the California Institute of Technology, or “Caltech,” is an important foundational institution for Pasadena. Founded in 1891 as the Throop Polytechnic Institute, over the years Caltech has grown to become an extremely prestigious university. Caltech is consistently ranked one of the top ten universities in the world and currently stands as the number one school in the United States for its large percentage of students who go on to earn their PhDs. Caltech is heavily associated with NASA, as the school founded and runs NASA’s Jet Propulsion Laboratory (JPL), which is also in Pasadena. At JPL, Caltech employees build and code everything from satellites to telescopes to moon-landers.

Another very historic Pasadena site is the stately Pasadena Playhouse. Founded in 1917, the theater grew rapidly in recognition and prestige, becoming the official state theater of California in 1937. Beginning with just a small troupe of actors, the Pasadena Playhouse became a place for artistic innovation that would bolster the booming TV and film industry in LA in the middle of the twentieth century. Although it has experienced some challenges and some changes, today the Pasadena Playhouse remains a pillar of the town and still provides an important community space for entertainment and learning.

The city of Pasadena is also renowned for the American Craftsman style houses that are dotted across the city. Many of these historic homes were designed by the Greene Brothers, two of the most influential architects of their time. Two of their hoses, the Gamble House and the Robert R. Blacker House, are recognized as California Historical Landmarks. These houses are considered to be some of the most distinctive and beautiful examples of American residential architecture in the United States. Plus, the homes may be recognizable as locations from iconic films, like the Back to the Future franchise.

The Arroyo Seco Parkway, also known as Freeway 110, stretches from Pasadena to downtown Los Angeles along the Arroyo Seco river. This was the very first free way in the United States, and it’s still traveled today. This famous road was part of the historic Route 66, the route connecting Los Angeles and Chicago. The parkway is registered as a State Scenic Highway, a National Scenic Byway, and is included on the National Registry of Historic places. Many attribute the construction of the Parkway to the “car culture” in Los Angeles, and to this day it’s an important connector within the greater LA area – and a great sightseeing tool, too!

Pasadena is rich with historical, cultural, and technological landmarks that make it a great place to live, learn and grow. At EF Academy Pasadena, our students will be able to take advantage of all the learning opportunities that Southern California has to offer – we hope you’ll join us.

Hi, I'm Ellery! I am 22 years old, an extrovert, and an avid traveler. I am looking forward to being a Residential Advisor at our new Pasadena campus, where I'll be able to help our students become acclimated to school life in Southern California. I was b [...]