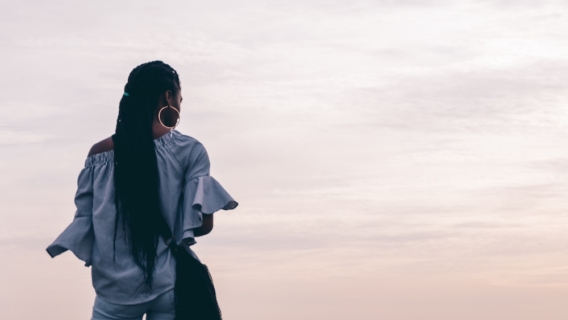 If you’re living in the US or spending time on social media, you’ve probably noticed something that comes up a lot every February – Black History Month. While the name is pretty straightforward, the purpose for its existence might not make a lot of sense to those who didn’t grow up in the US.

So here’s a brief history of this historical month, how it got its start, and why we celebrate it in February each year.

Black History Month, also known as African-American History Month, celebrates the history of the diaspora or migration of African people groups across the globe. While that looks different in each culture today, to simplify it – it’s a way of celebrating accomplishments and positive contributions to society made by people who’ve migrated from or descended from Africa. Though its roots are from the United States and that’s what we’ll be focusing on, to date, it is also observed in Canada, the United Kingdom, Germany, and the Netherlands.

The month-long celebration is widely observed in intellectual circles including academia and cultural institutions as well as pop culture through film, music, and literature. With most celebrations being less about the fanfare of a holiday and more about the acknowledgment and observance of culture. For many African American families, it’s as simple as conversations around the dinner table.

How it all began

Black History Month started in the US when American author and historian Carter G. Woodson founded the Association for the Study of African American Life and History. In February 1926, he launched the celebration of a historic week dedicated to teaching the cultural significance of the history of black Americans.

He famously said of teaching black history, “If a race has no history, it has no worthwhile tradition, it becomes a negligible factor in the thought of the world, and it stands in danger of being exterminated.” For Woodson and the black communities in the US, it was incredibly important to educate and bring awareness to the history of a people group that had been commonly overlooked at the time.

Why the month of February?

The reason we celebrate in February dates back to Woodson’s efforts in 1926. The original history week was held on the second week of February. This was culturally significant because it coincides with the birthdays of former US president Abraham Lincoln and abolitionist Frederick Douglass on February 12th and 14th, respectively.

These days had been celebrated together among African-American communities since the late 19th century. The celebration of President Lincoln’s birthday honors his legacy as his administration was instrumental in abolishing slavery in the United States, most famously through his executive order known today as the Emancipation Proclamation.

Frederick Douglass was a man born into slavery in Maryland during the 1800s. He managed to escape his captors and as a free man went on to become one of the most famous intellectuals of his time. He eventually became an advisor to US presidents and famously became an activist for a range of causes, including women’s rights, immigration, and abolishment of the Atlantic slave trade. He famously served as “a counter-example to slaveholders’ arguments that slaves lacked the intellectual capacity to function as independent American citizens”.

But really, why the month of February?

As the observance of the original week gained widespread support, it naturally expanded into a month-long celebration. American universities became instrumental in observing the historic month, the first university to celebrate being Kent State University in 1970.

However, the month-long format gained widespread popularity a few years later. During the United States Bicentennial in 1976, President Gerald Ford recognized Black History Month, reminding Americans to “seize the opportunity to honor the too-often neglected accomplishments of black Americans in every area of endeavor throughout our history”. This was a great step in signifying how far civil rights in the US had come.

Want to learn more US history in the US? Visit EF Academy