5 athletes who redefined their sport 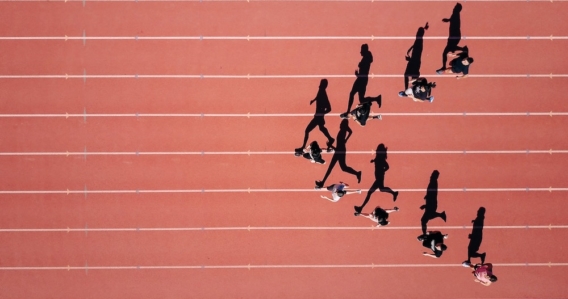 The very nature of being an athlete is impressive. Pushing your body to new limits and testing humanity’s potential. It seems that every year, athletes from all over the globe take us to new heights, establishing new records, and breaking through stereotypes.

And while all athletes are remarkable in their own right, there are some that played the game in a way that helped redefine their game.

Serena Williams is often one of the first names that comes to mind when thinking about tennis. Growing up in Compton, California in the 80s, she and her skilled sister Venus were taught how to play the game, mostly through instruction by their parents and a few key mentors.

Later moving to Florida to attend the tennis academy of tennis great Rick Macci, she became the number one player in the state for her age group. This translated into a remarkable career, becoming a favorite of Gand Slams all over the world.

Today, she’s gone on to win 23 Grand Slam titles (and 8 runner-up awards) making her one of the highest winning players of all time. He legacy has helped inspire young people in diverse communities to play the game. She’s gone on to work with several charities, going on to found her own – the Serena Williams Foundation provides university scholarships for underprivileged students in the United States and builds schools in developing countries.

Back in 2000, a teenaged Michael Phelps swam onto the scene, inspiring swimmers everywhere with his incredible speed and power in the pool. Just eight years later, he’d go on to make history winning eight gold medals during the 2008 Beijing Olympics.

He’s since gone on to win more, breaking all records and becoming the most decorated athlete in Olympic history. He currently holds 23 gold medals and 28 medals overall.

Speaking of incredible Michaels, could there be a list about remarkable athletes that doesn’t include His Airness?

Michael Jordan is arguably the greatest professional basketball player of all time. Not only did he help bring his team to six NBA Finals matches, but he also helped them win each one. He’s also won the title of MVP (most valuable player) six times during his legendary career with the Chicago Bulls. Pretty impressive considering he was cut from his high school basketball team. He must have learned a lot through the game.

While football (or soccer) hasn’t always found its footing in the US, Mia Hamm has been one of the greatest women’s soccer players to ever play for the United States. With an impressive 158 international goals, she made US history. Her legacy can be seen on football fields all over the US and though she retired in 2004, she continues to be an ambassador of the sport today.

This Swiss-born tennis star has stayed at the top of his game for two whole decades. Roger Federer is constantly hailed as one of the best tennis players in the world, inspiring tennis players all over the world. Today, he can boast 20 Grand Slam titles (and 10 runner-up awards), but his work off of the court makes headlines as often as his time on it.

Federer was appointed a Goodwill Ambassador by UNICEF in 2006 and is involved with many charities. In addition, he often uses his position to bring relief efforts and awareness of global crises. After the 2010 earthquake in Haiti, for example, he organized a special charity event during the 2010 Australian Open called Hit for Haiti, sending proceeds to Haiti earthquake victims.

Want to go on to your own game-changing story? Join the team at EF Academy.