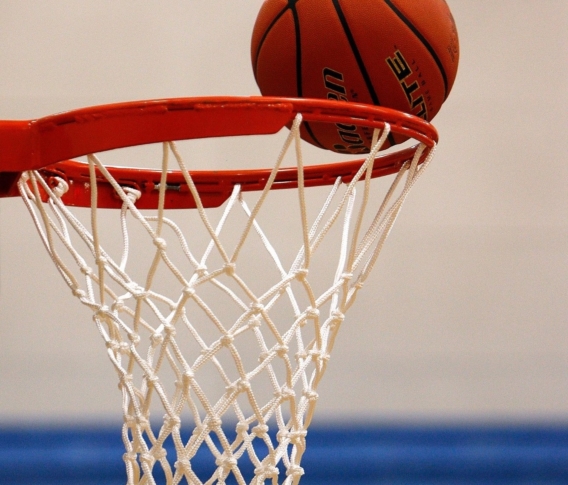 You can call it a “preseason warm-up,” you can call it “teammate reconnaissance,” or you could even call even it “preparatory basketball exhibitions.” However you classify our 1st annual Winter Hoop Classic, it was truly a prestigious showcase of international talent. Among the participants in the competition were representatives from China, Brazil, Taiwan, Russia, Canada, and Vietnam. The tournament consisted of teams made up of four players, each of which played several 20-minute games (with 2.5 minute breaks). We played with double loss elimination, and ultimately the two best teams played a full-court championship game (with the addition of one guest player to fill a five-man squad).

The day started off at 11:00 am with all players warming up in the gymnasium – friends with friends, countries with countries, classmates with classmates and even halls with halls. After warming up, players began separating into their proposed 4-man teams, followed by a rock-paper-scissors match by the team captains to decide the order of the games. After distributing the competition jerseys to each team, the first two contests commenced.

During Veteran’s Day weekend, there were a total of five competitions, two bracket play games for each team and one Championship for the winners. Within the tournament there were a few returners from last year’s Varsity Basketball team, but the majority of the players were new talent. Some students even cut their vacation short to join the tournament, while other were sacrificing weekend study time to attend to attend the spectacle. As soon as the first whistle was blown, competitors from both sides played exceptional basketball. There were excellent displays of sportsmanship, teamwork, and grit.

After the first two games, two teams led by Marcelo Guth and Wei-Chieh (Jerry) Wang held an undefeated streak, thus knocking out the rest of their competition and setting the championship game up for an exhausting and entertaining finale. Before the whistle was blown both teams were permitted to add an additional fifth player to their teams as the court was changed to a full court setting. From the moment the whistle was blown, both teams gave it their all. In the first 5 minutes of the half the teams were matching each other basket for basket, point for point.

At the final whistle, Jerry and his team were victorious, winning with a final score of 29-21. At the conclusion of the competitions both teams respectfully shook hands and congratulated each other on the hard-fought battle. Winners were awarded a free dinner to a restaurant of their choosing. Congratulations to the winning team (Number 1) consisting of: Sifan Tao (Jeremy), Wei-Chieh Wang (Jerry), Quijie Wang (Jay), and Ken Lun Chang (Glen), and good luck this season.