The power of the Harkness method 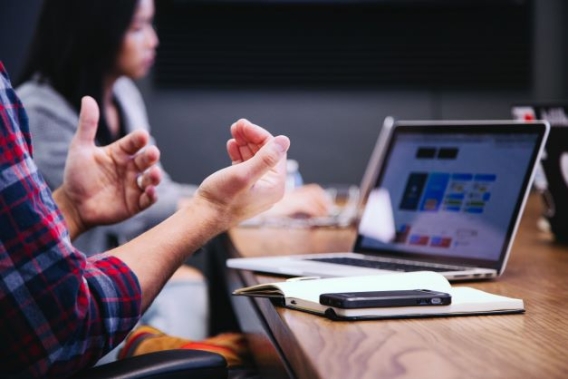 During a Harkness discussion, the teacher’s role becomes less of a leader and more of an encouraging co-learner. These discussions typically take place around an oval table where students and the teacher all face each other. The seating arrangement might seem like a minor detail; however, it has great impact on the conversation that is held around the table. By facing each other and sitting around an oval table, an open and more relaxed environment is created where discussion and conversation is encouraged and facilitated.

At the heart of the Harkness method are the students. They are given a focus for their discussion which could be, for example, a written text. The students are then encouraged to form questions about the text they’ve read and engage in discussion around those questions. The teacher stays outside of the discussion while the students pay attention to what their peers are saying. Usually, a student starts with asking a question, which then initiates the discussion, which opens up to more questions, and so on.

Participating in student-led discussions is a great way of becoming a more independent learner. Students learn how to formulate questions in a way that encourages their peers to join the conversation, and answering questions develops their critical thinking. These kinds of discussions also boost student’s collaborative skills, as being attentive and listening to other students’ opinions is just as important as asking engaging questions. Another benefit of the Harkness method is that it supports students who perhaps would feel shy or insecure asking questions or engaging in discussions in a more traditional set-up. When students all face each other and the discussion is conversational and open rather than lecturing, they can feel more confident in exploring their ideas and opinions.

EF Academy Oxford alumna Anastasiya from Russia describes her experience with the Harkness method: In class, we don’t just sit, watch, nod and take notes. My English teacher uses ‘Harkness discussions’, which is when students talk to each other and exchange ideas. . . This method of teaching really highlights what makes our school so unique: its students. Everyone interacts and she grades every student based on how they interact with the other students: everyone is engaged, and it creates this environment in the classroom where we all feel comfortable saying things and sharing our ideas. . . Her teaching methods represent the spirit of EF Academy in the best way.

At EF Academy, students are encouraged to become critical thinkers who find joy in learning new skills and asking questions to deepen their understanding. Emphasis is put on students developing a global mindset, which includes considering different viewpoints and discussing conflicting perspectives respectfully.

Learn more about our approach to learning Discover EF Academy