It’s a jungle out there: how Amazon made it through 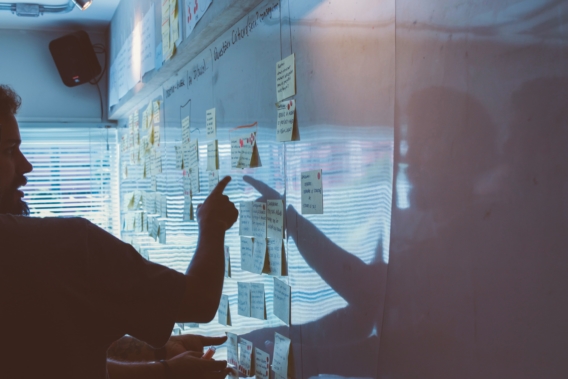 ‘Startup’ is a word that gets thrown around a lot these days and, while it conjures up ideas of Silicon Valley mega-brands like Apple and Facebook, it’s really just a term used to describe a business that was started by an entrepreneur, set of individual founders, or a side business venture created to meet an emerging need.

We can learn a lot from these innovative brands. Most have introduced us to new ideas that have changed the way we live our lives. Others created a demand for a market that nobody even realized was missing. And all faced a hefty share of failures on the way to their greatest success. Today, we’re going to be looking at everyone’s favorite online retailer and how its unlikely story launched billions more.

Unless you’re an avid reader of Business Insider, Jeff Bezos is a name you probably didn’t know until a few years ago. Today, Bezos is one of the most famous and influential entrepreneurs of this decade but back in the early 90s, he was the relatively lowkey senior vice president at an investment management firm D. E. Shaw & Co.

In 1994, he left his job and decided to move to the Pacific Northwest and start up an online bookstore. He came up with the business plan while on a cross country road trip from New York City to Seattle, Washington. Starting with humble beginnings, he began selling books from his garage. This would become the first version of Amazon. Named partly after the Amazon River in South America and partly because this would give the company a name that started with the letter A.

Amazon’s earliest investors were Bezos’ parents, who offered $300,000 for startup costs. A realist and knowledgeable about finances, Bezos warned them that the business had a high chance of failure. But to everyone’s delight, the idea took off quickly.

Just two years later, Amazon’s sales had reached $15.7 million. A year later, that number shot up to more than $147 million. The company went public in 1997 and served as a shining example of how the internet’s growth and accessibility would change the way consumers shopped for books. The company also began to expand its range of services by buying up small competitors. This lead to eventually launching new options like Amazon Web Services.

The young company was riding high, but the victory was short-lived as Amazon lost $719 million in 1999. This was in contrast to the $1.6 billion the company had earned in revenue. The numbers continued to plummet, and bad press followed when it was revealed that the company retained only $350 million after billions had been raised and borrowed through bank loans and to make matters worse, this caught plenty of public attention. Amazon faced criticism that its business was unsustainable and would never be able to turn a profit.

Eventually, Bezos had to make the tough decision to scale back and close several distribution centers, laying off 14% of Amazon’s employees. It wasn’t until 2003, nine years after the company’s founding, that it turned a profit. The $400 million profit that year was a sign that things were going to turn around for the company. In a historic step forward, Bezos released the company’s first e-reader, the Amazon Kindle. A mere six years later, Amazon became the largest online retailer in the world in 2013.

Today, what started as an online bookstore is now a leader in e-commerce, cloud computing, digital distribution, and electronics. The company employs more than 560,000 people, and houses a list of successful subsidiaries including Alexa, Whole Foods Market, IMDb, Zappos, and Twitch Interactive. It is the second-largest private employer in the US and Bezos has been the world’s wealthiest person since 2017 as a centi-billionaire worth $137 billion as of 2019.

What we can learn from Amazon’s example is that there’s always a way to persevere and move on. In many cases, the art of staying power could be the means to a happy ending. In other cases, ingenuity, and adaptability will serve you the best.

In any case, perseverance is key. When you find yourself knocked down, dust yourself off, get back up, and take another look around. Who knows? A better idea and a steadier path to success could be right in front of you once you’ve found your footing again.