Learning a language is the key to an international future 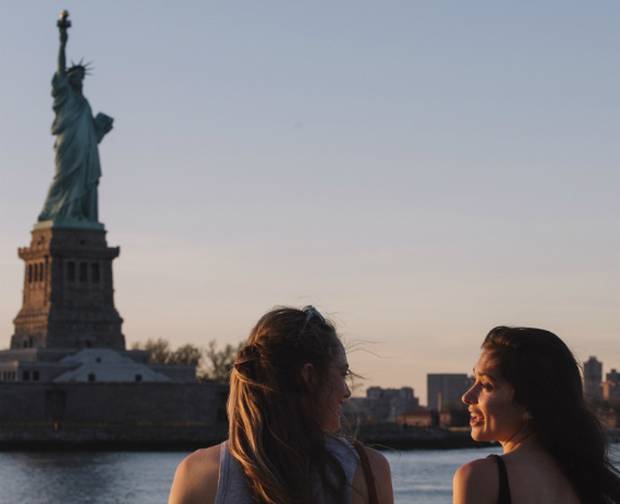 The benefits of expanding your child’s (or your own)  linguistic horizons go beyond the benefits of learning to communicate in a new language, and even beyond some intriguing, lifelong cognitive rewards. For children in particular, the skills they pick along the language learning way may prove just as important on their path to becoming global citizens and having successful, international futures: empathy, flexibility and cultural intelligence.

Bilingualism and the brain

No matter its operating language, the human brain is a highly complex organ. While it was previously thought that bilingualism was of no advantage (or even a disadvantage), the benefits of language learning have since become well established, with more research coming out all the time.

While it’s not necessarily the case that bilinguals are smarter, researchers have found that the bilingual brain is more flexible and adaptable, especially as it ages. Bilinguals, for example, enjoy a delay of 4 – 5 years in the onset of dementia and faster cognitive recovery after stroke. Their brains also show increased grey matter in the dorsolateral prefrontal cortex, the part of the brain that deals with “executive function”, allowing them to organize conflicting information, concentrate and solve problems more effectively.

Moreover, one study found that bilingual toddlers had greater cognitive flexibility when completing mental exercises, while an additional study found that adult bilinguals who regularly spoke and switched between their languages were similarly mentally nimble.

Language learning and other life skills

Beyond the cognitive benefits, learning another language helps children develop other key skills. In one study, multilingual children were found to be more empathetic and have better interpretation and communication skills, which researchers surmised was due to the fact that bilingual children must continually interpret the intentions and perspectives of others.

The benefits of excellent interpersonal skills – as well as increased cognitive flexibility and executive function – go far beyond the researcher’s room, of course: they are essential to understanding others, working effectively and ultimately, to success.

It goes without saying that speaking two or more languages gives children and young people a leg up, but in a world where an estimated half of our world is bilingual – and at least in some respects at home in more than one culture – isn’t speaking only one language also a cultural disadvantage?

Multiple studies have confirmed that bilinguals are more open-minded and culturally confident; both skills that are essential to succeeding in (increasingly) international working environments and feeling at ease in an ever-changing world. Indeed, children and young people that are multilingual will find it easier to work with people from a variety of backgrounds and from all over the world: true cultural intelligence is founded on an appreciation and understanding of other cultures and other ways of thinking and acting.

Languages may turn out to be just as powerful for business in the 21st century as technology was in the 20th, making language skills a key differentiator among applicants for most jobs. As technological advances allow more and more companies to conduct international business, people with local language skills, as well as a high level of English, will be needed to make the business work. Even in countries traditionally resistant to multilingualism, the importance of language skills is becoming more pronounced: In the US, for example, there are now more Spanish speakers than in Spain, making it the second-largest community of Spanish speakers after Mexico.

Effective multilingual communication drives productivity and opens up new opportunities as jobs and projects go global, but there is also a tangible financial benefit to speaking more than one language: German skills, for example, can come with a 3.8 percent increase in salary and an estimated lifetime extra income of 128,000 USD.

Learning languages is enjoyable, useful and in many respects essential for children’s development and for the future success of young people: It conveys cognitive advantages, as well as furthering essential life skills such as empathy, adaptability and flexibility. These skills are attractive to anyone, but particularly important in the future and for those that dream of working, living or traveling  abroad.

Tags: Language learning, Career advice, Parents, LT Parents, International Job
Learn a language abroad with usLearn more
Get the latest on travel, languages and culture in the GO newsletterSign up