10 Spanish expressions everyone should know 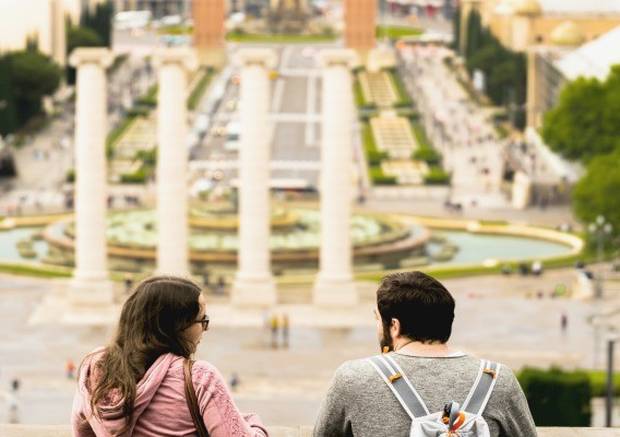 Spanish is one of the world’s most widely-spoken languages and Castilian (the version spoken in Spain) charms expats and tourists as quickly as the country’s narrow cobblestoned streets and tasty tapas. Thinking about going to Spain? Make sure you learn these Spanish expressions and use them on anyone and everyone who’ll listen – it’ll impress the locals and ensure that you’ll have a much easier time making friends and fitting in.

What does it mean and how is it used? It means cool, awesome or great. Young people pepper their conversations with this adjective, responding to their friends’ stories with a chorus of ¡Qué guay! (“How cool!”)

What does it mean and how is it used? Very much a part of the Spaniards’ vocabulary_,_ meaning OK, alright, sounds good, I understand or no problem. It comes from the verb valer (to be worth, as in ¿cuánto vale? – How much is it?) but means so much more. It’s used as a way of agreeing or affirming what someone has said. (“We’re meeting at 11am tomorrow, vale?” or “Call me later to organize that.” Vale, I’ll call you.) After a while in Spain you’ll notice that people tend to use it twice in reply (vale, vale) which is endearing!

What does it mean and how is it used? It literally means “man”, and is also used to affirm or strengthen what you’re saying; typically to mean no, yes/of course, to greet or to plead. You’ll hear:

As a bonus, this isn’t too strange-sounding to English speakers, because English “man” can be used in much the same way.

What does it mean and how is it used? While these literally mean “uncle,” and “aunt,” they’re also used informally to generally refer to another person. In the same way English speakers use “dude” or “guy” (“Look at those guys over there!” or “Who said that?” “I don’t know, just some dude.”) Spaniards use tío or tía. You can also use these words to call the attention of a friend, as in “Tío/tía, come here!”)

What does it mean and how is it used? Spaniards are a friendly bunch, quick to start up a conversation and armed with several ways to ask the classic “How are you?”. These greetings are used casually all day – in small talk, such as when meeting friends, with well-known colleagues, chatting with a clerk at the store – so it’s great to know them. Many visitors will quickly learn ¿Qué tal? and our fifth expression is another to add to your small talk toolbox: ¿Cómo vas?, literally meaning “How are you going?”

How do you say it? “Puente”

What does it mean and how is it used? Every employee’s favorite – and a stereotype of life in Spain – is the puente, or three-day weekend. Often due to a saint’s feast day, these “bridges”, become the best Mondays and Fridays of the year!

What does it mean and how is it used? Anyone wanting to blend in in Spain has done their research on how not to look like a guiri. Guiris, pronounced “giri”, are (very obvious) foreigners usually hailing from English-speaking countries or central and northern Europe. The Spanish will call you out as a guiri for being generally non-Spanish: eating dinner or going out for evening drinks far too early; brandishing extra large maps and cameras on city corners; talking really loudly at monuments or while out sightseeing; wearing denim shorts with flip flops year round; and only ordering sangria.

How do you say it? “Buenas”

What does it mean and how is it used? Start your sunny Spanish morning off with a cheerful Buenos días, continue with buenas tardes in the evening and end with buenas noches when it’s time to say goodbye or good night. Or, just stick to the sweet and simple “Buenas!” to say hello at any time of the day. You’ll receive a chipper “Buenas!” in return and can move on to more important considerations – like how much tortilla and patatas bravas are you going to order for lunch?

What does it mean and how is it used? This is another very commonly-used expression in Spain and earns you extra points for stepping outside the usual list of expressions commonly learned by visitors. ¡Venga ya! (or sometimes simply ¡Venga!) is a way of expressing surprise or disbelief. Just like “no way,” “come on!” or “come off it!” in English, it’s used when you are shocked. (For example, if you learned that your friend had ordered 15 tortillas and ten plates of patatas bravas – then proceeded to eat it all.)

How do you say it? _“_Pasta” (just like your favorite grub!)

What does it mean and how is it used? Money, money, money. Or, pasta, pasta, pasta if you’re in Spain. That’s right – rather than a call out to the Italians across the sea, in Spain pasta means money. Whether in coins, notes, cards, pesetas or Euros, whether you have it or not, it’s all pasta to the Spanish.

Tags: Language learning, Spain, Spanish, Vocabulary, Expressions
Learn Spanish with us in sunny SpainLearn more
Get the latest on travel, languages and culture in the GO newsletterSign up