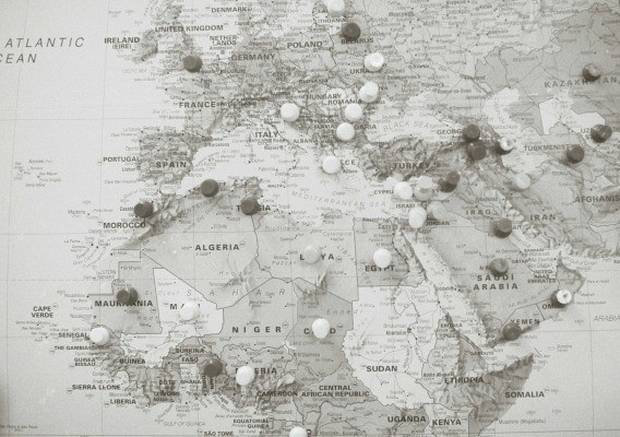 Learning a new language is no easy task. It calls for commitment, determination and motivation. But some languages are just easier to learn than others. To make your journey to multilingualism easier, I’ve sourced five easy languages to learn; tackle these as a first step and move on to Mandarin Chinese or Finnish once you feel confident enough!

It’s the most widely spoken language in the world, making practice possible. It has short words, no gender or word agreement and verbs only change in the third person. There are about 360 million native speakers, but about two billion people speak it – that’s 30 percent of the world population!

French has over 100 million native speakers and is – as the official language in 28 countries – spoken on almost every continent. This means you can practice French almost everywhere you go. And you should: French belongs to the Romance language family, which means that for English speakers, the vocabulary will look pretty familiar. Linguists estimate that the two languages have more in common than any other members of that group, and that up to a third of all words in the English language were influenced by French.

It’s heavily influenced by Latin and Arabic, spoken as it’s written and has fewer irregularities than other romance languages. It’s also estimated that by 2050, USA will become a bilingual state – English and Spanish. ¡Viva Los Estados Unidos!

Found in Italy, Switzerland, Malta, and Argentina, as well as 25 other countries, about 70 to 125 million people speak Italian worldwide. It has similar grammar to other Romance languages but fewer verb forms than French or Spanish. And you already have a headstart with spaghetti, pizza and Ferrari!

Swahili is a Bantu language, heavily influenced by Arabic in particular, as well as English, French, German and Portuguese. It does not use verb conjugations, instead relying on roots and affixes to express verb tense and subjects. Over 140 million people speak it and it can be found throughout East Africa (particularly Tanzania and Kenya). After Arabic, Swahili is the most widely used language on the continent; it’s also considered to be a window to African culture.

Tags: Language learning, Languages
Learn a language with usLearn more
Get the latest on travel, languages and culture in the GO newsletterSign up