10 celebrities that speak a foreign language 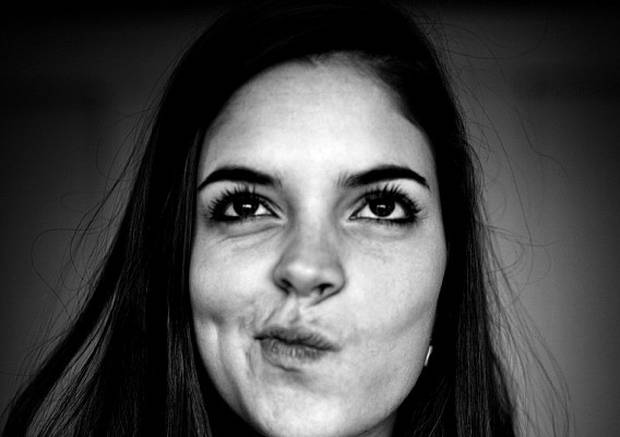 If you met Bradley Cooper at a restaurant and managed to muster up the courage to speak to him, would you do it in English? What if Mila Kunis stood behind you in check-in at Heathrow Airport? English too? Well, if this dream came true, you’d be pretty safe with English, but you could set yourself apart by busting out a greeting in French to Mr. Cooper or Russian to Miss Kunis. “Say what?”, I hear you say. Yes, celebrities speak foreign languages too.

Here are our favorite polyglot – a person that speaks several languages – celebrities:

Born in the Ukraine, she moved to Los Angeles with her family when she was just seven. The first sentence of her college motivational letter read as the following, “Imagine being blind and deaf at age seven.” That’s how she felt when she first moved to the US. She has since made her mark in Hollywood and is engaged to Ashton Kutcher.

You can see her in: Forgetting Sarah Marshall, The Black Swan and Friends with Benefits.

Her mother, Helga Meyer, was a German opera singer. During Sandra’s youth, she accompanied her mother on several European concert tours and would always speak with her mother and other German family members in German.

You can see her in: Gravity, Miss Congeniality and Crash

Her late father came from the Dominican Republic, and her mother from Puerto Rico. Growing up in New York, she spoke both Spanish and English as her first languages.

You can see her in: Colombiana, Avatar and Star Trek

According to People Magazine, Bradley was first inspired to learn French as a kid after watching Chariots Of Fire. As he said, “There’s a scene where a guy was speaking French and I thought, ‘Man, that sounds so cool.” At Georgetown University, he got an English degree but also studied French. He also took advantage of going on an exchange program in Aix-en-Provence in France for six months where he lived with a host family.

You can see him in: American Hustle, the Hangover trilogy and Limitless

Leo’s father is Italian/German and his mother is German, so his second language at home was German. He frequently visited his maternal grandmother in Germany where he got to practice the language, and although he doesn’t speak it so well anymore, we bet he’d understand if you shouted out a friendly ‘Wie gehts, Leo?’ at him in a restaurant. Fun fact: His whole name is Leonardo Wilhelm DiCaprio.

You can see him in: Inception, The Great Gatsby and Titanic

As Hollywood’s’ number one Francophile, he picked up French living with his (now ex-) companion, French singer and actress Vanessa Paradis. Although he still struggles with the occasional conjunction, he’s Johnny Depp, so he can pretty much do as he pleases.

You can see him in: The Pirates of the Caribbean trilogy, Edward Scissorhands and Once Upon a Time in Mexico

She’s originally from Germany, but when she was a teen, her mother sent her to London on a student exchange program to learn English. When she was 15, she moved to Paris to pursue a modeling career and picked up French along the way.

You can see her in: Inglourious Basterds, National Treasure and Troy

Born in Canada to Korean parents, she learned French while studying at the National Theatre School of Canada in Montreal.

You can see her in: Grey’s Anatomy TV series, Sideways and Under the Tuscan Sun

If it wasn’t enough for her to have hips that don’t lie, and be married to the famous footballer, Gerard Pique, she just had to take it to another level by speaking four languages and understanding French and Arabic as well. She thanks travel, immersion and an American ex-boyfriend for learning the languages she now speaks.

Best known for: being an international superstar!

The grand finale! She speaks a total of six languages but is also able to dabble in a few others, including Arabic. Natalie is originally from Jerusalem and graduated from Harvard. If that, along with her languages, don’t impress you, she also appeared in Sir Paul McCartney’s music video for “My Valentine,” and mimicked the song’s lyrics using sign language.

You can see her in: The Black Swan, V for Vendetta and Star Wars: Episode III – Revenge of the Sith, Jackie

Tags: Language learning, Celebrities
Learn a language with usLearn More
Get the latest on travel, languages and culture in the GO newsletterSign me up