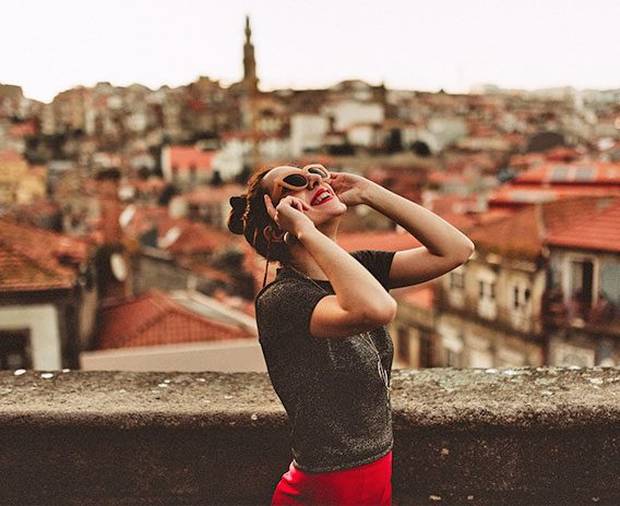 If you’re looking to learn a language that’s both beautiful and useful, look no further than Portuguese. Need some more convincing? Here are 10 great reasons to learn Portuguese.

Portugal might be a small country, but its language has travelled far and wide. So far, in fact, that Portugal isn’t even the biggest home of native Portuguese speakers in the world; over 207 million people live in Brazil, and the vast majority of them use Portuguese as their mother tongue. With fluency in Portuguese in your back pocket, you’ll be more than ready to join the world-famous celebrations of Rio Carnival.

2. To stand out from the crowd

Though an increasing percentage of English speakers are picking up a second language, few of them opt for Portuguese, despite it being a very widely spoken. As a fluent speaker, you’ll possess a more unique skill set that will set you apart from the crowds.

3. Learn and live in Lisbon

Portugal’s lively capital has it all; with warm sunny weather, a historic heart with cobbled streets overlooked by a picturesque castle, colourful houses, a youthful community, sumptuous fresh seafood on every menu and a growing arts scene, Lisbon is a fantastic city in which to spend several months (or a year) studying the language.

4. It’s a great excuse to move to Portugal (or Brazil)

Why stop at learning the language abroad? Once you’re fluent, moving to Portugal or Brazil are fantastic options. Finding employment and settling into the local community is way easier when you can converse effortlessly with everyone around you. Spend a few years living in Portugal’s stunning Algarve coast, with the cool Atlantic Ocean and endless surfing opportunities at your doorstep, or head to Brazil to enjoy the vibrancy of the local culture.

Obviously learning any language is going to require some hard work, but Portuguese is actually relatively easy to pick up. You don’t have to learn a new alphabet, for example, as you would with Russian, Japanese or Arabic. And, if you already speak Spanish or French, Portuguese shares many of its words with these languages, and enjoys a similar sentence structure to English.

6. It’s a gateway to third (and fourth!) languages

Conversely, learning Portuguese as your second language makes learning the other Romance languages smoother; follow it with Spanish, Italian, French, or even Romanian and you’ll find that picking up the other languages which also evolved from Latin will come easily.

7. It’s one of the most widely spoken languages online

Portuguese is the fifth most commonly used language used online as Portuguese-speaking users and pages written in Portuguese are increasing rapidly. Aspiring content-producers and writers with the ability to write perfectly in Portuguese can thrive on digital opportunities, with huge audiences (and employers) clamouring for your content, especially in Brazil.

8. To make your CV shine

Set your future employer’s heart racing with a CV that boasts fluency in an unusual, but coveted language like Portuguese. Mastering Portuguese will provide instant proof that you’re a keen learner and adventurous as well. Employers in almost every industry will love that you can ‘fala Português’.

9. Brazil is a major global player

Since the early 90’s, Brazil has emerged as a regional economic powerhouse. Although things have slowed down a little in the past years, international companies continue to set up offices in Brazil, so speaking Portuguese is becoming an increasingly desirable skill. Whether you’re interested in working in the country or aiming for a job in which you may have to communicate with partners and suppliers in Brazil, your Portuguese-speaking prowess will ensure you’re ready for anything.

Learning a language abroad is an immersive experience, so it’s also a fast way to making a fantastic group of friends. Your coursemates and housemates – as well as the lovely locals you’ll befriend along the way – become your family when you begin your new chapter in a new city. You’ll learn together during the day, practice together in the evenings, and spend your free time exploring all the wonderful things that this charming country has to offer.

Tags: Portuguese, Lisbon
Learn a new language with EFLearn more
Get the latest on travel, languages and culture in the GO newsletterSign up