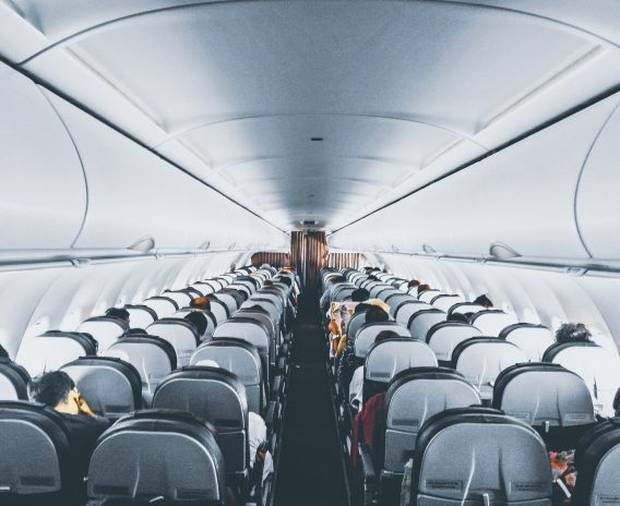 They say it’s about the journey, not the destination, but anyone who’s ever been on a long-haul plane may have a few qualms with this age-old adage. From screaming children lining cramped aisles, to clumsy passengers ready to spill their tomato juice into your lap at the slightest hint of turbulence, the whole experience can be a bit – shall we say – challenging?

To make sure you’re fully prepared for whatever (or whoever) your next plane journey throws at you, we’ve put together a list of the five types of people you’ll likely meet on a plane – and tips on how to get along with them all.

It might start subtly, with just the tip of an elbow perched atop the armrest you already claimed as yours prior to their arrival. Slowly they’ll inch their way over into what is decidedly your territory. The minute you remove your arm from said rest for just a second – be it to fish something out of your unnecessarily large travel bag or to claim your snack from the stewardess – they strike, and your place on the armrest is no longer.

How to get along with them: It’s basically an unofficial law that each passenger has at least one armrest. So if you’re sat in the middle and both your armrests have been stolen then you have no other choice than to declare war – well, or at least say something politely but firmly. Time to beat them at their own game and reclaim at least one armrest as yours!

You’ve settled into your seat, book at the ready, prepared for a relaxing flight of reading and movie-watching. The Chatter, however, has other plans. At first you assume it’s just polite smalltalk that will eventually fade out into a comfortable silence where you’re safe to resume your lounging. Nope. Soon enough you know their skincare routine, favourite sandwich and the names of all 11 of their cousins.

How to get along with them: Some people are happy to chat away for the duration of a flight. Others, however, would prefer to just concentrate on a film. If you belong to the latter group, politely throw in a simple “So sorry to interrupt, but I’ve been meaning to read/watch this book/movie for ages!” and turn back to what you were doing. For less confrontational folk: excuse yourself to go to the loo, and then, upon your return, give them a brief, friendly smile and immediately put in headphones. If all else fails, pretend to fall asleep – a bit of theatrical snoring goes a long way.

You can spot this person a mile off. Stone-faced, staring straight ahead and tightly gripping their seat – they’re absolutely terrified of flying and everything it entails. Any sudden turbulence or strange noises from the aircraft and you can see their eyes darting around, checking if anyone else is panicking and whether they should start pulling out the life jacket from under their seat.

How to get along with them: From my own personal experience with aircraft apprehension, I can say that in most cases the best plan of action is to just leave it be. If someone is looking particularly distressed, you can throw a quick “You okay?” their way, but aside from that, let them just get through the flight in whichever way they choose. Chatting to someone may be a good distraction for some anxious flyers but don’t try to force conversation if they’re clearly just trying to focus on deep breathing or prefer to distract themselves with music or a movie.

This person has been on a hundred flights before and looks almost as serious as their wrinkle-free suit jacket. They appear mildly annoyed by their cramped surroundings – in fact, they’re not quite sure how they even ended up in economy – and regard tracksuit-clad fellow passengers with displeased bewilderment.

How to get along with them: In 9/10 cases you will simply coexist in comfortable silence. They will likely be on their computer or phone for the entire duration of the flight, writing extremely important emails. Just remember to marvel at the horror on their face when they see the free airplane meal – and swoop in to claim your extra if you’re feeling extra hungry.

A stark contrast to the mannerisms of The Businessperson, The Cuddler will fall asleep and promptly impinge on your personal space. Be it a head laid on your unsuspecting shoulder or a full-body lean, you’re left wondering if you’ll ever regain freedom or if you’ll have live on this plane forever.

How to get along with them: Assuming a surprise cuddle from a stranger isn’t your cup of tea, getting said stranger off you is the main goal here. In most cases, a gentle nudge to get them back to their seat is appropriate. Just give them a slow, gentle push back in the direction they came from – and reclaim your physical freedom once more.

Tags: Travel tips, Flying
5 types of people you'll meet on a plane - and how to get along with them allapprenez-en plus
Get the latest on travel, languages and culture in the GO newsletterSign up