10 reasons to love Costa Rica (and pack those bags today) 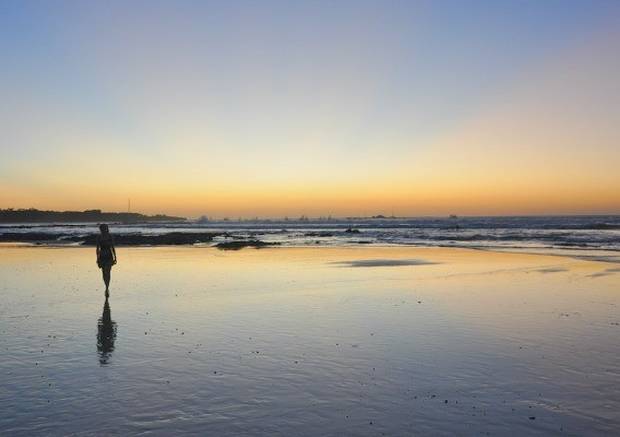 Pura Vida – it’s a saying, accompanied by a beaming smile, which you’ll hear everywhere in Costa Rica. Literally translating as ‘pure life’, the phrase has a much deeper meaning: It describes their way of life and a lifestyle that champions peace and tranquility, conservation and happiness. It’s the motto of the country, and it won’t take you long to realize that the nation’s idyllic beaches, world-class waves, and lush jungle interior offer up a very pure life indeed.

Here are our top ten reasons to love Costa Rica (and start packing those bags as soon as you’re done reading):

If soaking up the sun on pristine, sandy beaches is your idea of heaven (and whose isn’t?) then Costa Rica has you covered. Whether on the nation’s Pacific or Caribbean coast, stunning beaches stretch like a ribbon along the oceanfront. What’s more, you can combine chilled beach living with vital conservation work: The beaches of Santa Rosa National Park and Tortuguero National Park help protect nesting turtles by preserving their coastal habitats.

Surfers from around the globe come here to ride some of the best waves in the world. One of the country’s premier surf spots is located in Playa Tamarindo (steps from our Spanish school). The surf scene there is perfect for beginners and seasoned pros alike. On top of that, driving coast to coast only takes six hours, so world-class surf spots can be discovered across the whole nation, from the rugged waves of Playa Hermosa on the Pacific coast to the barrel waves of Puerto Viejo on the Caribbean side.

Costa Rica is home to a vibrant array of wildlife, 500,000 species to be exact. From copious amounts of colorful jungle birds to cute sloths and leatherback turtles, Costa Rica is packed with some of the most exotic wildlife on the planet. Explore the jungle interior to the sound of chatty monkeys or scuba among manatees, turtles, and dolphins to witness a shining example of wildlife and humans living together harmoniously.

This nation takes conserving its natural beauty seriously. In total, national parks, reserves, and protected areas safeguard approximately 25 percent of the country’s land – the highest percentage of any country in the world. Costa Rica is successfully protecting 5 percent of the world’s biodiversity while allowing visitors to experience some of nature’s greatest spectacles. Head to Tortuguero National Park to get a glimpse of nesting sea turtles or roam the mangrove forests of Parque Nacional Marino Las Baulas before hiking in parks dedicated to preserving the rich biodiversity that surrounds volcanoes.

Costa Rica is also the eco-tourism capital of the world. In fact, the Central American nation is the most environmentally friendly nation on the planet and is leading the way in fighting climate change. For the first 75 days of 2015, Costa Rica only used renewable energy for all of its electricity. Talk about leading by example!

This is adventure country. From zip-lining your way through the jungle, to – if you’re feeling particularly brave – bungee jumping from a bridge, Costa Rica is heaven for all you adrenaline junkies out there. If you prefer getting your kicks closer to Earth,  how about rafting along wild rapids or taking it easy by canoeing through calmer rainforest rivers or ocean waters? You could also spend a morning snorkeling in the azure waters or windsurfing along the unspoiled coast before heading inland to hike or trek by horseback to an active volcano.

Did I mention that the scenery is breathtakingly beautiful? Some of Latin America’s most spectacular landscapes can be found here, from rainforests to volcanoes and waterfalls. You can take a dip in Rio Celeste’s hot springs or the pool of Nauyaca Waterfall, or wake up in the shadow of a volcano while exploring Costa Rica’s lush interior. And I haven’t even begun to talk about those stunning sunsets…

Glittering sunsets may signal the end of the day, but as the sun goes down, a thriving nightlife reveals itself. Tamarindo is a particular hot spot for celebrating Pura Vida after hours. Consider heading to the surf town of Jacó to sample its renowned party atmosphere, and make sure to visit the capital San Jose to experience the legendary, fun-loving culture of a Latin American city.

9. Fabulous food (and some of the finest coffee in the world)

Foodies are in heaven here with the best of Latin American and Caribbean cuisine combined to produce a whole host of delicious dishes, centered around fresh fish, fruit, and vegetables. If you’re a self-confessed chocoholic, Costa Rica will also rock your world with their acclaimed homegrown produce. And then there’s the coffee. Costa Rica produces some of the finest coffee in the world, and locals are rightly proud of one the country’s most famed product. Our tip for all the coffee lovers out there: Head to the plantations that decorate the Tilaran Mountain Range to get a pure taste of Latin America.

It’s not surprising given all the reasons listed above that Costa Ricans are officially the happiest people on the planet. The Happy Planet Index ranks nations based on the population’s well-being, life expectancy, and the country’s ecological footprint. If you ask me, it’s further proof that we all need to get some Pura Vida in our lives…