5 best cities in the world to study English 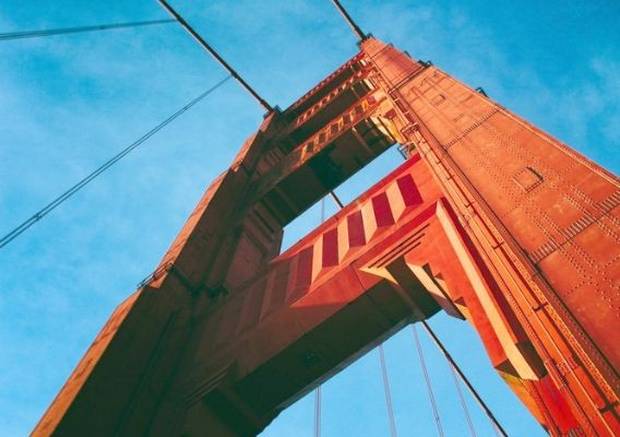 Forget about London, New York or Sydney – or at least consider your options.

If you’re looking to go and study English in an English-speaking country and make a new city halfway around the world your second home, there are far cooler, cozier and cheaper options out there.

Not far from its pricier big brother (yes, we mean you, London), Bristol is a bit of a hidden gem. Home to an independent spirit that has vowed visitors for decades, Bristol is now considered one of the most culturally-important cities in England’s south. And it just so happens to be one of the most fun ones as well. Theaters have been installed above pubs and in former breweries (try the Brewery Theatre), and music fans could hardly ask for a better place come summer, when the city plays host to dozens of festivals. Underground music and art has always been a part of Bristol’s cultural offering (it’s especially famous for Drum and Bass and Trip Hop) and it offers visitors a fantastic base from which to explore the rest of the country: from Bath and Cardiff, to London and Gloucester. And did we mention it’s cozier and cheaper than London?

Brisbane wins points for its laidback attitude and smaller size, making it much easier for newcomers to orient themselves than, say, Sydney. The Brisbane River wraps itself around the city center, past cultural centers, bars, and restaurants, turning its shores into the go-to zone for a night out. Brisbane is popular with surfers and hikers, and is a gateway city to world-class beaches (try the Gold Coast and Sunshine Coast), relaxing, and challenging hiking areas (start in Lamington National Park and the Glasshouse Mountains). Want to combine your Aussie stay with a taste of New Zealand? You’re in luck: the Kiwis are only a short flight away.

Speaking of Kiwis… Students and expats living in Auckland are spoiled for weekend options in this waterfront city just a stone’s throw from islands, gulfs, beaches, inlets, and walking tracks. Visit its two coasts (Auckland lies between the Pacific Ocean and Tasman Sea), wander through Rangitoto Island, tipple the day away at Waiheke Island’s wineries, trek up the region’s 53 volcanic peaks, or take a day trip to the Hobbit set from the Lord of the Rings films. Auckland is also a bourgeoning food and coffee hub with noodle bowls and international share platters galore. As for learning Kiwi English, you won’t be disappointed: New Zealanders have a wonderful selection of slang terms which will color your vocabulary in no time!

West Coast Americans are a different breed from their East Coast counterparts, and their traditionally more laid-back attitude is very attractive to students and travelers, so I’d suggest heading to hilly San Francisco instead of New York to brush up on your English skills and that American accent. The city offers sweeping views, great nightlife, delicious food, lots of history, and a funky attitude; all wrapped up in one gorgeous, seaside package. San Francisco also offers one of the healthiest lifestyles in all of America: from abundant organic and farmer’s markets, to restaurants that burst at the seams with vegetarian and vegan options, and tons of parks, bike tracks, and yoga studios around every corner. It’s also home to the much-photographed Golden Gate bridge, the world-famous cable cars – and the not-to-be-missed herd of honking, rowdy sea lions on The Embarcadero’s Pier 39! Forget about New York yet?

If studying in a safe city with temperate weather, tons of outdoor activities (winter or summer!), heart-stopping views, great coffee, and some of the best Asian food in North America sounds ideal, then Vancouver might be for you. This Canadian city  has protected its natural surroundings, strategically limiting urban growth and taking care of green areas, including 1001 acres of Stanley Park (famed for the totem poles – a fine example of traditional art). Being close to the ocean and mountains means Canadians have the outdoors in their blood, and in Vancouver they take full advantage: not only is it possible to go waterskiing in the morning and snowboarding in the afternoon, but people actually do! Year-round, you’ll catch locals and visitors jogging, paddleboarding, swimming, skiing, and generally enjoying being out, about, and alive. Why not join them?

Tags: Language learning, Travel tips, Cities, Study English
Study English with us in one of these citiesLearn more
Get the latest on travel, languages and culture in the GO newsletterSign up