12 best Christmas songs from around the world 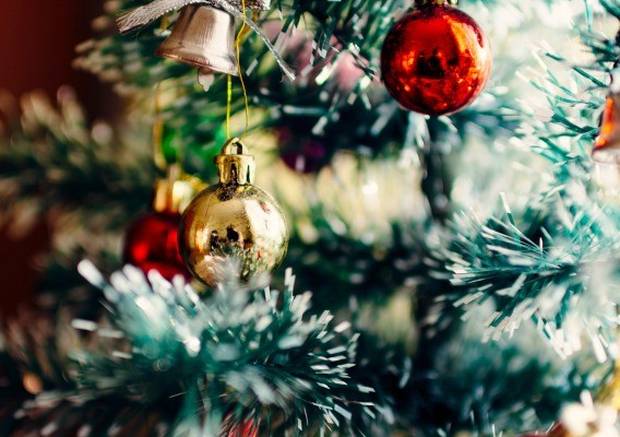 All I want for Christmas is… carols! The holidays are not only the perfect occasion to spend time with loved ones while eating your weight in cookies, they’re also the ideal opportunity to sing your heart out. Why not make this year’s festive season a bit more special by getting in the spirit with Christmas tunes from all over our beautiful world?

When a song has been covered by both the Smurfs and Celine Dion & The Chipmunks, you know you’re dealing with a classic. Everyone in France can sing Petit Papa Noël, the song about the arrival of Santa or Father Christmas (Papa Noël), sung from the perspective of a child hoping that Santa won’t forget the toys (It’s a feeling we can all relate to, I’m sure.)

A few characteristics of a good song are a catchy melody and a chorus that’s easy to sing along to. Deck the Halls has both, including 50 percent of lines that are simply Fa la la la la la la la la. The melody is from a 16th century Welsh New Year’s Eve carol, while the lyrics were added in the 1800s. Its age only shows what a classic it is: Even up to this day, it’s one of the most popular Christmas songs in the English-speaking world.

This might be the oldest song in our collection: Tu scendi dalla stelle, You come down from the stars in English, was written in the early 1700s and describes the arrival of baby Jesus—from the starry skies to the cold and wintry Earth. There’s no way around this carol during Italian Christmas time, and the song is often performed by a children’s choir, which, as we all know, makes everything that much more festive.

O du fröhliche translates to O, you joyful and is about Christmas time and the birth of Jesus. This traditional German Christmas carol was written in the early 1800s and has a really cute backstory: After the author of the lyrics, Johann Daniel Falk, lost four of his seven children to typhoid fever, he founded an orphanage for abandoned children and dedicated O du fröhliche to the orphans.

5. New Zealand: A Pukeko in a Ponga Tree

A Pukeko in a Ponga Tree is the Māori version of The Twelve Days of Christmas, aka the most festive way to practice your brain power by memorizing 12 verses that each build on the previous one. A pukeko is a bird that just so happens to hang out in ponga trees—fern trees native to New Zealand. Other gifts that were given during the Twelve Days of New Zealand Christmas are kumeras (sweet potatoes) or piupius (a traditional Maori skirt).

Just like New Zealand made a classic song fit their culture, so did their neighbor with their version of Jingle Bells: Since Christmas happens during the Australian summer, Santa is not really dashing through the snow in a one-horse open sleigh—instead, he’s dashing through the bush in a rusty Holden ute. (A Holden is a make of a car, a ute is short for utility. So, Santa is basically riding on a pickup truck.) We don’t want to give too much away, but flip-flops, coolers, and a barbecue are also part of an Aussie-style Christmas.

White Christmas, sung by Bing Crosby, is the best-selling single in the whole world, so there’s no way around it – it just had to be on our list. It’s one of the newer songs on the list, written in 1942 by Irving Berlin, but it’s been covered by countless stars from Elvis to Iggy Pop and Lady Gaga, and translated into myriad languages.

If you grew up in a Spanish-speaking country, chances are you know this quintessential Latin American Christmas song about traveling to Bethlehem on a little donkey to see baby Jesus. El Burrito de Belén was originally recorded by a Venezuelan children’s choir and is easy to sing along to. And dance to. And almost impossible to get out of your head after the Christmas season.

This Nigerian Christmas carol about the birth city of Jesus is sung in Yoruba, one of the local languages in West Africa. The origins of the song are not quite clear, but we can thank the Glee Club of Morehouse College in Atlanta, Georgia, for performing Betelehemu for the first time in the 1960s and making it a staple for choirs from around the world.

A Christmas song with 20 words in two different languages sounds like a jackpot for language learners: If you learn Spanish and English, this song is the perfect combination to get started. Feliz Navidad was written by Puerto Rican singer and songwriter José Feliciano and is a classic in North America and lots of Spanish-speaking countries.

Räven raskar över isen, an old Swedish folk song that can be translated to the fox runs across the ice, is apparently the perfect holiday dance song, and Swedes sing it while dancing around the Christmas tree. There are several modernized versions of the classic: One of them, written by the Swedish Environmental Protection Agency, takes climate change into consideration by changing the lyrics so that the fox swims—because of the lack of ice—across the lake.

Silent Night is basically the Happy Birthday of Christmas carols: It’s the most popular song in the world and has been translated into over 100 languages. Franz Xaver Gruber composed Stille Nacht, heilige Nacht in 1818 in Austria; two years later, the words were added and the song has been traveling around the world ever since. Silent Night was even declared an intangible cultural heritage by UNESCO in 2011.

Tags: Culture, Christmas, Music
Go beyond Christmas carols and learn a language with usLearn more
Get the latest on travel, languages and culture in the GO newsletterSign up