12 awesome Christmas traditions from around the world 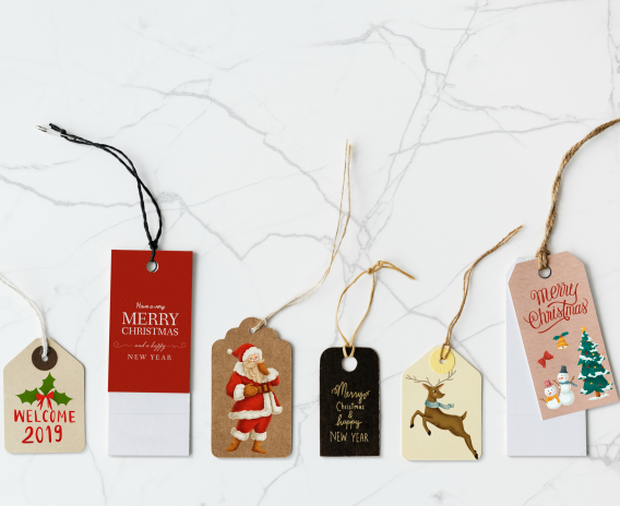 There’s a lot to love about Christmas – food, family, friends, and all kinds of other words that don’t start with the letter F. What makes the holiday season even more charming is the fact that all around the world, countries have developed their own Christmas traditions. We’ve picked a few particularly cool and cute ones – feel free to adopt and adapt them for your own festivities.

Christmas is all about food, and in Japan, this food is associated with three letters: KFC. People flock to the American fast-food chain KFC to eat – get your drumsticks out – “Kurisumasu ni wa kentakkii!” aka “Kentucky For Christmas!” The tradition of eating “(Fried) Christmas chicken” goes back to a marketing campaign in 1974 – and to this day, KFC records the highest sales volume each year on Christmas Eve.

Since the late 19th century, the Spanish National Lottery has been giving out the biggest amount of money of the year: “El Gordo” or “The Fat One.” It has become a huge social event, usually on December 22, and people get together with dozens of lottery tickets each, in high hopes of being one of the lucky winners. The lottery numbers are traditionally sung by a choir of twenty-two school children, and the whole country basically stands still in hopes for the Christmas present of a lifetime.

In case you’re not a fan of Christmas trees, can we interest you in a Christmas log? In many parts of Spain, the gifts are brought by Tió de Nadal or Christmas log – a piece of wood that is often decorated with a face and little legs. However, the log doesn’t just bring the presents to the families: Tió de Nadal also gets fed at night, and it can cozy up with its own little blanket. Cute, right? Well, the cuteness stops right there: On Christmas Eve, the log is put in the fireplace where the families beat the poor little log with sticks until it… uhm… it poops presents and candies. Now would probably be a good time to mention that Tió de Nadal has a nickname: Caga Tió, aka sh*t log.

In Norway, Christmas means hiding your mops and brooms – not because people don’t want to clean, but because Norwegians are a little superstitious and want to prevent evil spirits, who return to Earth that night, from stealing the brooms and going on joyrides in the Christmas sky.

Believe it or not, there such as thing as a Christmas spider. In the Ukraine, the Christmas trees are decorated with spider webs – don’t freak out, they are ornaments that look like spider webs, which are said to bring good luck. The tale goes all the way back to a poor woman who couldn’t afford ornaments to decorate her tree with. The next morning, she woke up and her tree was covered with spider webs that look all sparkly and beautiful in the sunlight. Other countries, like Poland or Germany, consider it good luck if they find a spider or spider web in the Christmas tree.

I bet we’ve all written a letter to Santa at some point – but did you know that he actually has an address? His mailbox is in Canada, and if you write him by December 16 – in over 30 languages, including Braille – he will write back. Just send your letter to Santa Claus, North Pole H0H 0H0, Canada. It’s free and there are no stamps needed – because Santa is awesome. And so is the zip code of the North Pole.

Pickles should be your favorite Christmas decoration because they mean that you get an extra present: in many countries, an ornament in the shape of a pickle is hidden somewhere in the Christmas tree and the person who finds it, will get an extra present or just a whole lot of good fortune. It’s unclear where the tradition actually comes from, but I think we can live with that – as long as we get that extra present.

In some parts of the world, like the Ukraine and Poland, the right time to open the presents is written in the stars: the youngest child has to watch the evening sky and wait for the first star to appear – that’s the signal that the opening of the presents can commence. (In case it’s overcast, someone apparently just decides when the time is right.)

Pudding – in all flavors and consistencies – is a popular Christmas delight. In Slovakia and parts of the Ukraine, pudding does not only warm the heart, it can also predict the future: the oldest male member of the family takes a spoonful or of loksa pudding and throws it at the ceiling. The more pudding sticks, the more luck you’ll have. Simple as that.

An important Swedish tradition is the Christmas “Donald Duck Special”. This hour-long TV show airs on Christmas Eve at 3 p.m., and all the festivities are planned around it, so that the families can watch the show together.

Christmas, in all its festive and joyous glory, also seems to be the time for monsters that remind the kids to be nice and behave for at least one month of the year. One of the more surprising members of this “Christmas Police” is Jólakötturinn, the Icelandic Christmas cat. Sounds cute, but, just like a certain log, it’s not what it seems: Jólakötturinn eats children – namely the children who didn’t do their chores and, therefore, didn’t get new clothes for Christmas. Meowry Christmas!

The award for Coolest Mode of Christmas Transportation goes to Venezuela’s capital, Caracas: There,  people don’t just walk to Christmas mass (Christmass?), no, they roller-skate. Parts of the city are even blocked off, so everyone can safely skate to church.

Tags: Culture, Christmas
Get the latest on travel, languages and culture in the GO newsletterSign up