10 most fun languages to learn 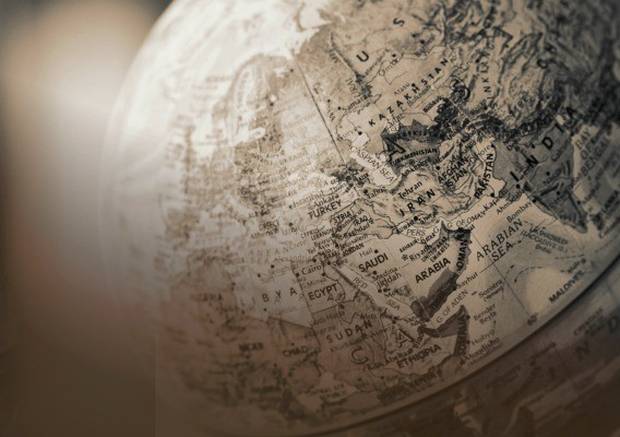 There’s absolutely no reason for why learning a language should be boring. Sure, if fluency is your goal all languages require dedication and commitment, but there’s no reason why you shouldn’t have fun in the process. Whether your chosen language’s vocabulary amuses you, or its pronunciation ties your tongue in knots, there’s always a lighter side to learning a new language. And if you’re up for a bit of fun, consider learning one of these ten languages:

Possessing a wealth of adopted words, English is an incredibly expressive, varied and flexible language (here are our nine reasons for why it rules). It’s the language of global pop culture and heavily influenced by it, and it loves taking up trendy words and making them “official” (think selfie, bromance, frankenfood, and totes). Plus, as it’s such a widely spoken language (an estimated 1-1.6 billion people speak it), you’ll have loads of opportunities to put these fresh new words into practice before all those non-English speakers can!

Its usefulness aside (more than 400 million people speak it natively), Spanish is really entertaining to learn, especially in your first few classes when your mind will be filled with images of Speedy Gonzales, Puss in Boots, Dora the Explorer and other Latino or Spanish characters. As an added bonus, Spanish is also a delicious language to pronounce and provides a lot of laughs when mastering its rolled “_r_s”.

When learning Japanese, you’ll be struck by its garaigo (borrowed words) usually written in the “katakana” character system. These are Western words now incorporated into everyday language – think apo (appointment), arubui (RV), baiku (bike) – and often seem so appropriate you’re bound to get a kick out of using them!

Learning sign language provides a whole different workout for your mind and teaches you an entirely new skills set. And there are practical benefits too: imagine being able to talk easily from across a plaza or at a crowded concert, or even with your mouth full! It’s also a privilege – after all, really how many people outside the deaf community can say they “speak” sign language?

Along with the country’s hip-swinging music and sun-splashed beaches, Brazilian Portuguese’s adorable-sounding diminutives (“inha”/”inho”) and bouncing rhythm (spoken with the locals’ characteristic playful cheek!) really make it stand out from its European counterpart. Bonus point? Speaking the local language (with that Brazilian twang!) will give you a definite edge when mingling with locals on your mandatory visit this beautiful country.

You might be surprised to hear that Turkish sports a number of loan words – particularly from French – and that its grammar is relatively logical. Intrigued? The fun really starts when learning to read and write phonetically using Latin script, and memorizing Turkish sounds given to recognizable characters. (For example, a Turkish “c” is pronounced like an English “j” as in “jam”.)

Ahhh, the language of love. We know you’ve imagined yourself conversing in Italian while strolling Rome’s cobbled streets, zipping about on a Vespa or up to your elbows in authentic pizza. It’s true: a love for Italian art and food has firmly entrenched the language in our collective psyche – and it shows no sign of losing popularity.

When learning German, you’ll likely be surprised by its long words. However, once you break them down you’ll find that they’re made up of component parts and many are amusingly untranslatable in English. Try Schadenfreude (a feeling of happiness at the misfortune of others), Fernweh (homesickness for a place you’ve never been to) or Verschlimmbessern (trying to improve something and making it worse in the process).

Fancy learning the language of the Incas? Yes, this might seem a little random, but what’s more fun than learning a rare language that will make your travel experience THAT much better? If you’re planning on ever traveling through Andean Peru, Ecuador or Bolivia, locals will give you major kudos for making the extra linguistic effort and branching out from Spanish (also spoken there). Thankfully, it’s actually really easy (and fun!) to master the basics – leaving you time to gear up for Quechua’s more complex advanced grammar.

While Chinese grammar is actually simpler than many other languages, the real fun begins when learning to speak it. Chinese is a tonal language (in its case, with four tones), meaning that a single sound can be pronounced in four different ways – yep, with four different meanings! While you’ll definitely mess up when starting out, enjoy your studies by choosing to go with the flow and being able to laugh at yourself!

Tags: Language learning, Parents, language tips, fun
Learn a language abroad with usLearn more
Get the latest on travel, languages and culture in the GO newsletterSign up