10 celebrities that have studied or taught abroad 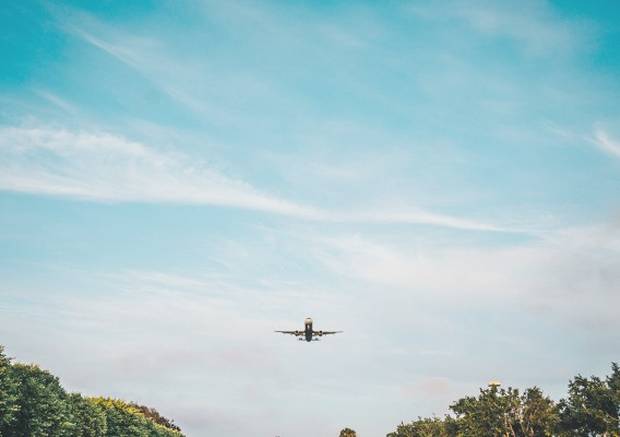 Celebrities, they’re just like us except with better hair and a prettier Instagram feed. They love to hop on a plane and travel the world too and in fact, many of them have even studied or taught abroad before they became famous. Here are a few globe-wandering celebs you might not have heard about.

It’s no secret that universal dreamboat Bradley Cooper is at ease with the French language. After reportedly deciding as a kid that he’d love to learn French, he spent six months as an exchange student in Aix-en-Provence in the south of France and is now fluent. Once, on a press tour for the Hangover Part II, he did an interview entirely in French. Swoon!

Sharing a passion for education with her character Hermione in the Harry Potter film franchise, Emma Watson spent 18 months studying English Literature at Brown University in Rhode Island before continuing her undergraduate degree at Oxford University in England.

As a child, former President of the United States Barack Obama spent three years living in Jakarta, Indonesia with his mother and stepfather, where he picked up Indonesian and studied history, maths and other subjects at home with his mother. He returned to Hawaii – his birthplace – for school, and later moved to New York City for university. Eventually becoming the ‘Leader of the Free World’, Barack neatly proves how key travel and education are to a successful life.

J K Rowling, AKA the brains behind the Harry Potter universe, studied in France as part of her degree from Exeter University and later moved to Portugal in the early 90’s to spend three years teaching English. Harry Potter and the Philosopher’s Stone began to take shape during this time, so we all owe the kind people of Portugal a massive thank you.

Sherlock Holmes himself – well, our beloved Benedict to be precise – moved to India for a year to teach English to Buddhist monks at a Tibetan monastery in Darjeeling. He taught a class of 12 and loved the opportunity to learn more about Buddhism and ancient Indian cultures. Even though he’s recognised all around the world as an international movie star, he’s remained pretty cool and collected – perhaps a throwback to his year with the monks and the meditation techniques he still practices to keep focused!

John Krasinski, everyone’s favourite TV crush from US version of The Office, actually wanted to be an English teacher before he discovered his passion for acting. He spent six months teaching English in Costa Rica as a student and, on his return, opted to change his course at Brown University to drama.

Alright, alright, alright. The man responsible for bringing us Dallas Buyers Club, Interstellar, How To Lose a Guy in Ten Days and one of the most over-played catchphrases of the 21st century, was a wanderer before he became a movie star: Matthew McConaughey spent a year in New South Wales, Australia as part of his degree from the University of Texas.

Even royalty want a piece of the overseas study action: Prince William moved to a remote town in Chile to teach English for 10 weeks as part of his gap year after university. If teaching abroad is good enough for the future King of England, it’s definitely good enough for us!

Years before he travelled light years across far-flung galaxies in the new Star Trek films, Chris Pine simply crossed the Atlantic. Chris ended up enrolled at Leeds University in England for a year as part of his degree from UC Berkeley. Because where’s better to study English Literature than England? Duh!

Hailing from New York, American-born fashion designer Vera Wang spent time studying art history at Paris’s Sorbonne University where she became infatuated with French fashion. It wasn’t until after she had completed a stint as Vogue Magazine’s Senior Fashion Editor that she realized her real passion lay in designing clothes. Vera now heads up an immense fashion empire and is best known for her stunning wedding dresses.

Tags: Student life, Celebrities
Study abroad with us (even if you're not a celebrity)Learn more
Get the latest on travel, languages and culture in the GO newsletterSign up

Dropped out of uni, now what? 10 things to do to rebound
By Erin · 5 min read
6 reasons to share your home with an international student
By Alex W · 3 min read
How to pack for a year abroad (and why you should start getting ready now)
By Emma · 4 min read
It’s time to start preparing for your trip – here’s how
By Emma · 4 min read
See more from