Paris or Nice: Which city is more you? 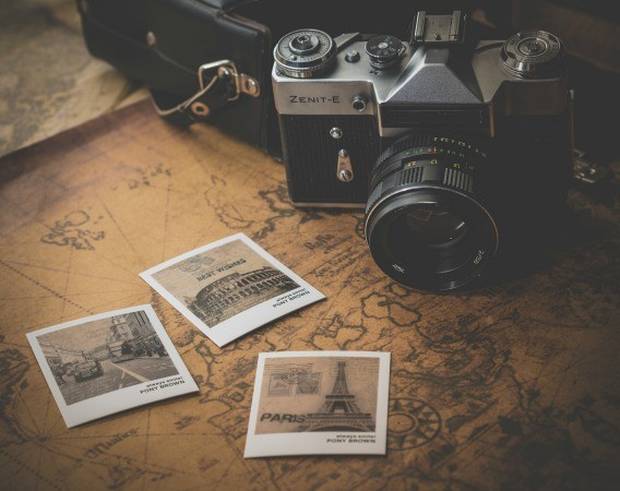 Would you rather work on your tan or polish your sense of fashion? Will you be seduced by the ever bustling City of Light and its breathtaking landmarks or will you find inspiration by the picturesque coast of Nice la Belle (Nice the Beautiful), the capital of the French Riviera? Slip on your espadrilles, put on your sunglasses and find out which city is more you: Paris or Nice?

GRAB SOME FOOD TO GO

Paris: Although crêpes are often associated with Brittany, where sarrasin crêpes (buckwheat crêpes) stem from, this quintessential street food is wildly popular in Paris. It is almost impossible not to be lured into a  crêperie by the sweet smells wafting in the streets. Make sure to order a fresh pancake and delight in the masterful way in which the batter is spread on a steaming griddle with a wooden rake and garnished with sweet or savory ingredients. Some classic spots to indulge in crêpes eating are the Montmartre neighborhood, the rue de Rivoli arcades and cobbled rue Mouffetard.

Nice: While pizza has gained international acclaim and has been adapted to fit all palates, socca, a popular snack from Nice has retained a truly local touch. You can buy this hot, crispy chickpea pancake at food stalls in the Old Town of Nice or at the counter of small bistros. Soccas are bought on the go, and savored with a sprinkling of black pepper while still steaming hot.

Paris: Those looking to satisfy their sweet tooth will delight in macarons: bite-sized, colorful, crunchy meringue cookies with a sweet, jam- or ganache-like filling. This classic and classy dessert is sold in most bakeries but for the real deal head to Ladurée or Pierre Hermé, or both (!) to settle the macaroon battle that has split Parisians into two camps for decades.

Nice: When in Nice, nothing quenches your thirst (for something sweet) like a gelato from a master ice cream maker or maître glacier. Head to Fenocchio in the Old Town and pick from over 70 flavours such as lavender, white chocolate, thyme or avocado (to name a few).

Paris: Every city has a historical (a)venue which serves as a vital artery. In Paris, this is without a doubt the Champs-Élysées: A bustling shopping street lined with luxury brand stores, cinemas, restaurants and crowded with curious tourists, one should not forget its historical and cultural symbolism. The Tour de France’s last stage ends here as does the Paris Marathon. Part of the presidential inauguration, as well as the military parade on Bastille Day (France’s National Day) take place here. A true Parisian landmark, you can have the best view of the avenue from the roof of the Arc de Triomphe (a 284-step climb to the top!).

Nice: You may not have heard of Nice, but you have most probably heard of or seen pictures of the P_romenade des Anglais, or La Prom_, as the locals like to call it. This famed, 4-kilometer-long seaside walkway is the city’s landmark and was named after the English patrons who financed its construction in the early 19th century. Stroll or bike down this promenade lined with palmtrees and enjoy the beautiful panorama of the sparkling blue waters of the Bay of Angels.

Paris: The City of Lights is pure bliss for culture-lovers: no matter where you go or look, there is always an exhibition, a concert, or a cultural event going on. If you have visited most of the classic tourist spots, venture off the beaten path on the Journées européennes du Patrimoine (European Heritage Days, help on September 17-18 in Paris) and visit historical and cultural locations that are usually off limits year-round: Hidden metro stations, aqueducts, medieval water catchment systems, masonic lodges and private mansions are just some of the original spots where you can further indulge in French history and culture!

Nice: Boat shows are a year-round affair in Nice: the International Rowing Regatta of Nice, the Nice Côte d’Azur Boat Show and the Feast of the Port are some of the events you can attend by the water. Art-lovers will delight in the Musée Marc Chagall and Musée Matisse, two national museums dedicated to the work of painters Marc Chagall and Henri Matisse, who both spent a great deal of their lives in the region. For a beautiful drive along the French Riviera, head down from Menton all the way to Cannes, passing through Monaco, Cap Ferrat and Antibes.

Paris: Parisians love being dramatic and voicing their grievances. Blend right in with the following expressions: “J’en peux plus.” (“I am exhausted” or “I can’t take it anymore.”), “C’est pas possible!” (“This is not so happening …” or “I can’t believe it!”) accompanied by a long sigh and a pout, displaying your impatience and frustration for all to see.

Tags: Travel tips, France, Paris, Nice
Study French in France (in whichever city suits your style)Learn More
Get the latest on travel, languages and culture in the GO newsletterSign me up